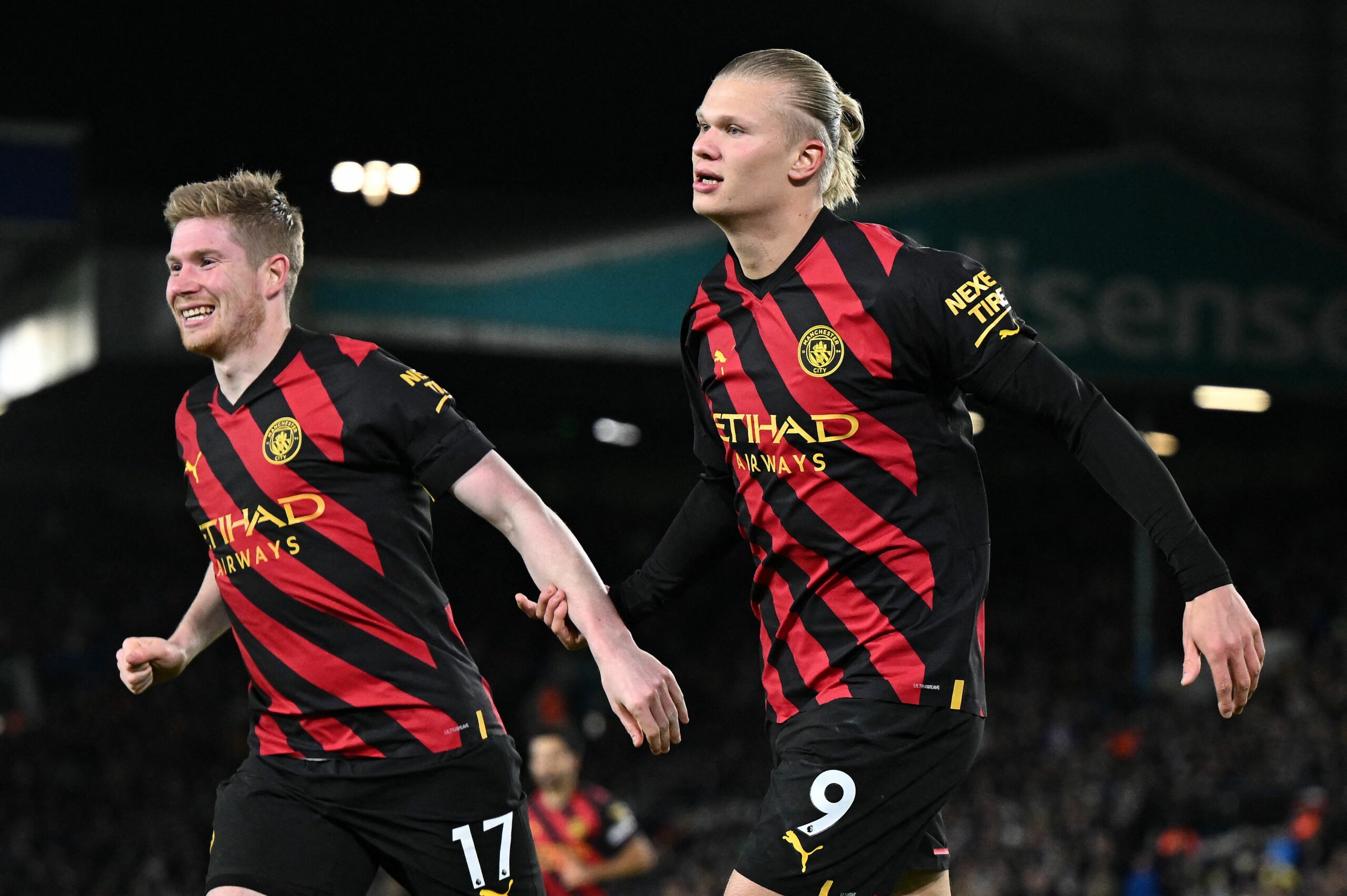 One of the most high-stakes fixtures on New Year’s Day pits defending Premier League champions Manchester City against relegation-battling Everton at the Etihad Stadium.

Despite succumbing to a shocking 2-1 defeat to Brentford in their last Premier League outing on home turf, the Cityzens should be confident about returning to winning ways at the Etihad against lowly Everton.

In addition to beating the Toffees in their last nine top-flight encounters, Man City had boasted a 100% win ratio across their first seven home league games this term before Brentford’s stunning success last time out.

That’s not what under-pressure Everton boss Frank Lampard would want to hear, especially after his men found themselves on the receiving end of a 2-1 scoreline in a relegation six-pointer against Wolverhampton Wanderers on Boxing Day.

While there’s no denying the Merseyside outfit put in an improved display compared to some of their fixtures ahead of the World Cup, a lack of results may soon see the Goodison Park chiefs run out of patience with Lampard.

Everton head into the New Year’s Eve clash at one of the most intimidating venues in the country stuck only one point clear of the drop zone following an underwhelming run of six defeats from eight matches.

Since losing four Premier League home showdowns against Everton between 2008 and 2010, Man City are now unbeaten in 11 in a row against them at the Etihad (W7, D4).

If that’s not enough to fill Guardiola with confidence, maybe the fact his men have lost their final league match in just one of the last 21 calendar years (W11, D9) may do the trick.

But there’s a piece of unwanted history looming over the Cityzens’ heads, as they’ve been winless in their last four Premier League outings on New Year’s Eve (D3, L1).

Everton’s hopes of a quick turnaround following a morale-damaging home loss to Wolverhampton in stoppage-time look bleak, as they’ve lost their last three league games on the spin.

Playing outside Goodison is only likely to derail their chances of returning to winning ways, with Lampard’s men registering just one win across their eight Premier League away fixtures this season (D3, L4).

Moreover, since a 2-1 victory at basement boys Southampton in early October, the Toffees have lost three of their subsequent four away league games (D1), failing to find the net on each occasion.

Manchester City vs Everton, alongside all other fixtures in England’s top flight, is available to watch online via live Premier League streams.

Based on Man City’s display at Leeds on Wednesday, they have no intention of surrendering the title to Arsenal, and knocking them off their perch has often proved near-impossible.

Unfortunately for Lampard, his men have shown they lack the strength and determination to cope with the best Premier League teams as we back the Cityzens to claim an emphatic win this weekend.