Barcelona vs Espanyol Preview – Prediction, how to watch & potential line-ups 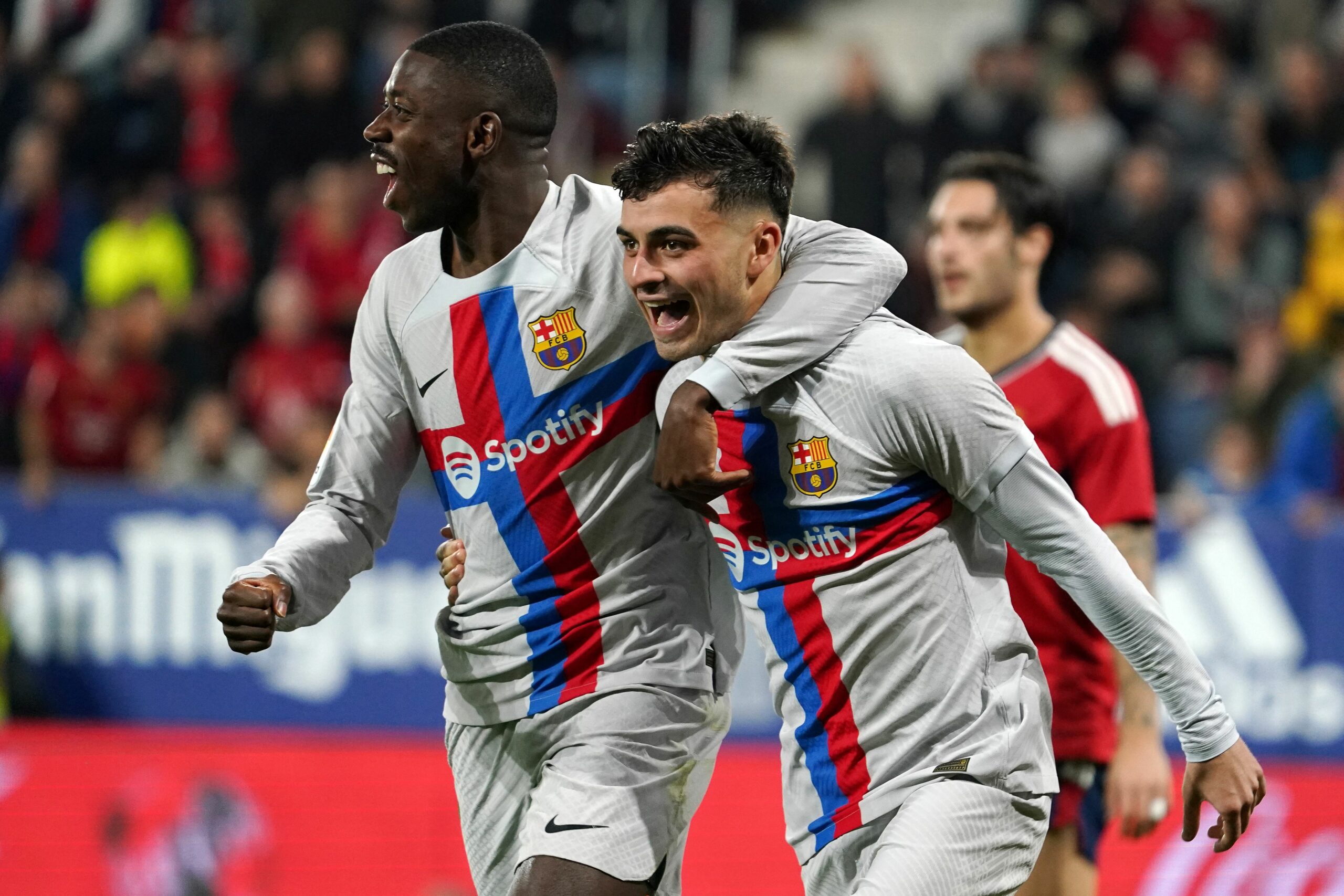 Barcelona’s pursuit of their first La Liga title since 2018/19 continues on Sunday as they take on city rivals Espanyol in the 175th top-flight edition of Derbi Barceloní.

Xavi Hernandez’s side headed into the World Cup break carrying a two-point lead on reigning champions Real Madrid, riding on the crest of a five-match winning league streak.

Keen to pick up where they left off in November, the Catalan heavyweights will have to deal with Espanyol without standout performer Robert Lewandowski.

The veteran striker, who has tallied 18 goals in his first 19 competitive appearances for the Blaugrana, is suspended for the next three La Liga matches, leaving Xavi with a tough choice to make.

Luckily for the former midfielder, Barcelona boast the attacking potential in abundance, though filling a 13-goal hole left by Lewandowski up top won’t be a straightforward task.

That’s perhaps the only saving grace for relegation-battling Espanyol, who went into a mid-season break on the back of five consecutive winless league games (D3, L2).

Pinned to 16th in the standings, Los Periquitos hold a slim one-point lead on 18th-placed Sevilla and could enter 2022 in a drop-zone club if results don’t go their way.

Having failed to beat Barcelona in a club-record 24 successive La Liga encounters (D6, L18), they are unlikely to hold up their end of the bargain at the Spotify Camp Nou.

Barcelona’s outrageous haul of 37 points from the opening 14 La Liga rounds in 2022/23 (W12, D1, L1) has equalled the club’s second-best points tally at this stage of a top-flight campaign.

Xavi has based his team’s marvellous league start on a resilient defensive set-up, with the Blaugrana keeping 11 clean sheets across those 14 matches, more than any other side in Europe’s top-five leagues.

Another defensive masterpiece is on the cards, considering they have defeated Espanyol in their last 12 La Liga showdowns at home, keeping them at bay ten times in the process.

Espanyol’s massive scoring problems can only bolster Barcelona’s chances of maintaining their stellar defensive league start, with Diego Martinez’s side netting only five goals in their last six top-flight matches.

It means the visitors may have to turn to their sturdiness at the back to make Saturday’s derby competitive, and after conceding just six times in that six-game sequence, they have every reason for optimism.

On top of that, Los Periquitos have lost their last two La Liga visits to Camp Nou by an identical 1-0 scoreline, suggesting they are unlikely to roll over and concede defeat despite the odds.

Barcelona vs Osasuna, alongside all other Blaugrana matches this season, is available to watch live online via Barcelona live streams.

Despite lacking the intimidating presence of Lewandowski for this one, Barcelona should brush out-of-sorts Espanyol with ease.

Even with the Polish superstar on the sidelines, Xavi can call upon the services of Ousmane Dembele and Raphinha, so we expect the Blaugrana to spice this up with a few goals too.