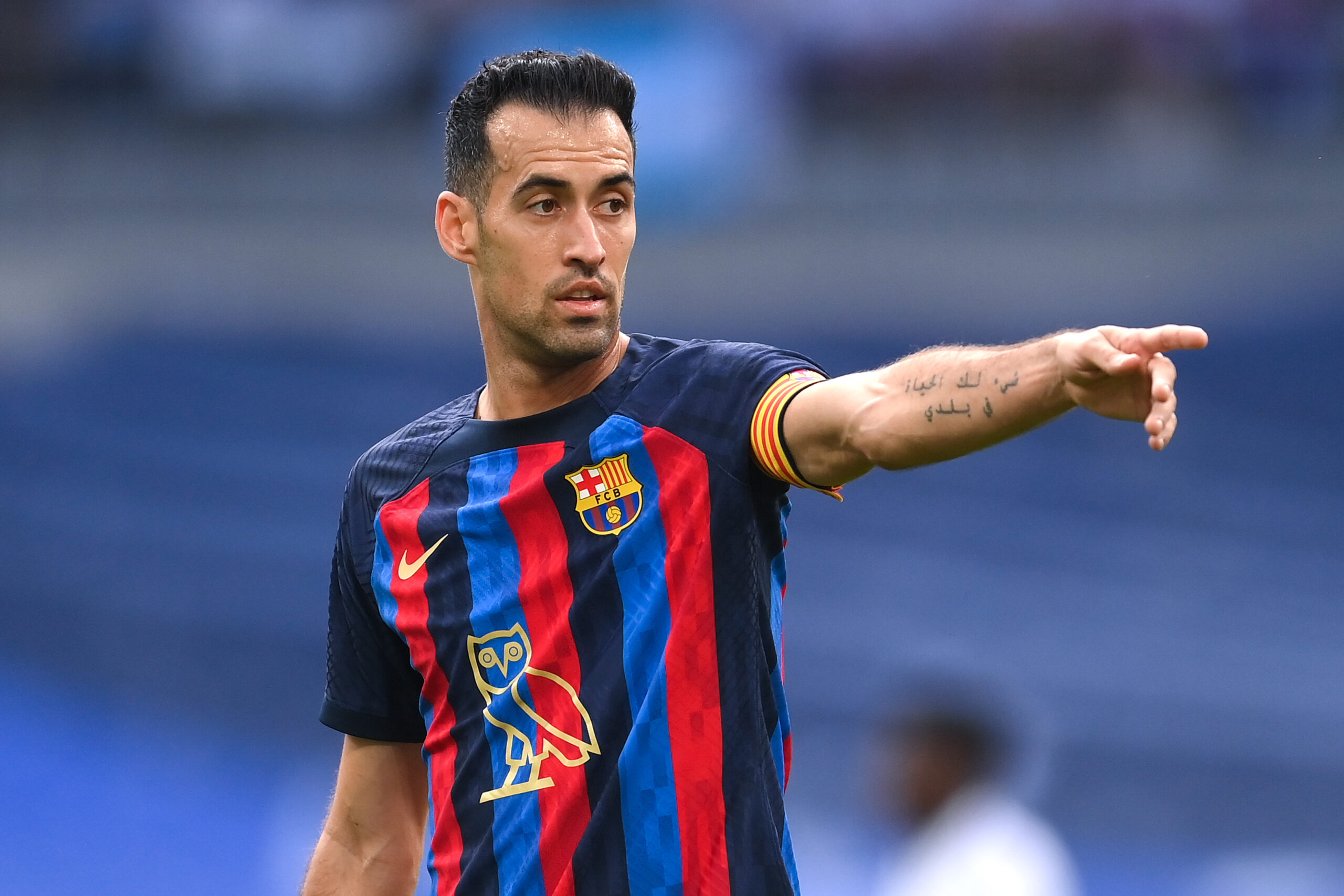 Al Nassr have submitted a proposal for Barcelona midfielder Sergio Busquets ahead of a potential move next summer, reports Mundo Deportivo.

The Saudi outfit have been grabbing the headlines of late after showing interest in a handful of high-profile stars.

Cristiano Ronaldo is their top target, having tabled a lucrative offer for the former Manchester United star.

Chelsea’s N’Golo Kante – who is out of contract next summer – is also on Al Nassr’s wishlist, but the Blues have stepped up their efforts in extending his deal.

The Saudi club have turned their attention towards Busquets, whose future at Barca is hanging in the balance.

The 34-year-old, who recently retired from international football in the wake of Spain’s World Cup debacle, has been widely tipped to leave his boyhood club when his contract runs out next summer.

MLS has been tipped as the potential destination, with David Beckham-owned Inter Miami eyeing a free transfer for Busquets.

However, the Blaugrana captain could continue playing at Camp Nou beyond next summer, as recent reports state that he is considering renewing his contract.

The decision is influenced by his former teammate and current manager Xavi, who believes Busquets has plenty to offer to Barca.

Busquets has been untouchable and highly consistent for the Catalan giants for a long period, but there are signs of decline in his performance this season.

The Spaniard has also come under constant criticism, as many believe he is past his prime and no longer reliable.

The Catalans have identified names such as Martin Zubmimendi, Ruben Neves, Kante and Jorginho as potential successors to Busquets.

Al Nassr are also exploring another sensational move for Paris Saint-Germain defender Sergio Ramos, whose deal at Parc des Princes expires at the end of the season.