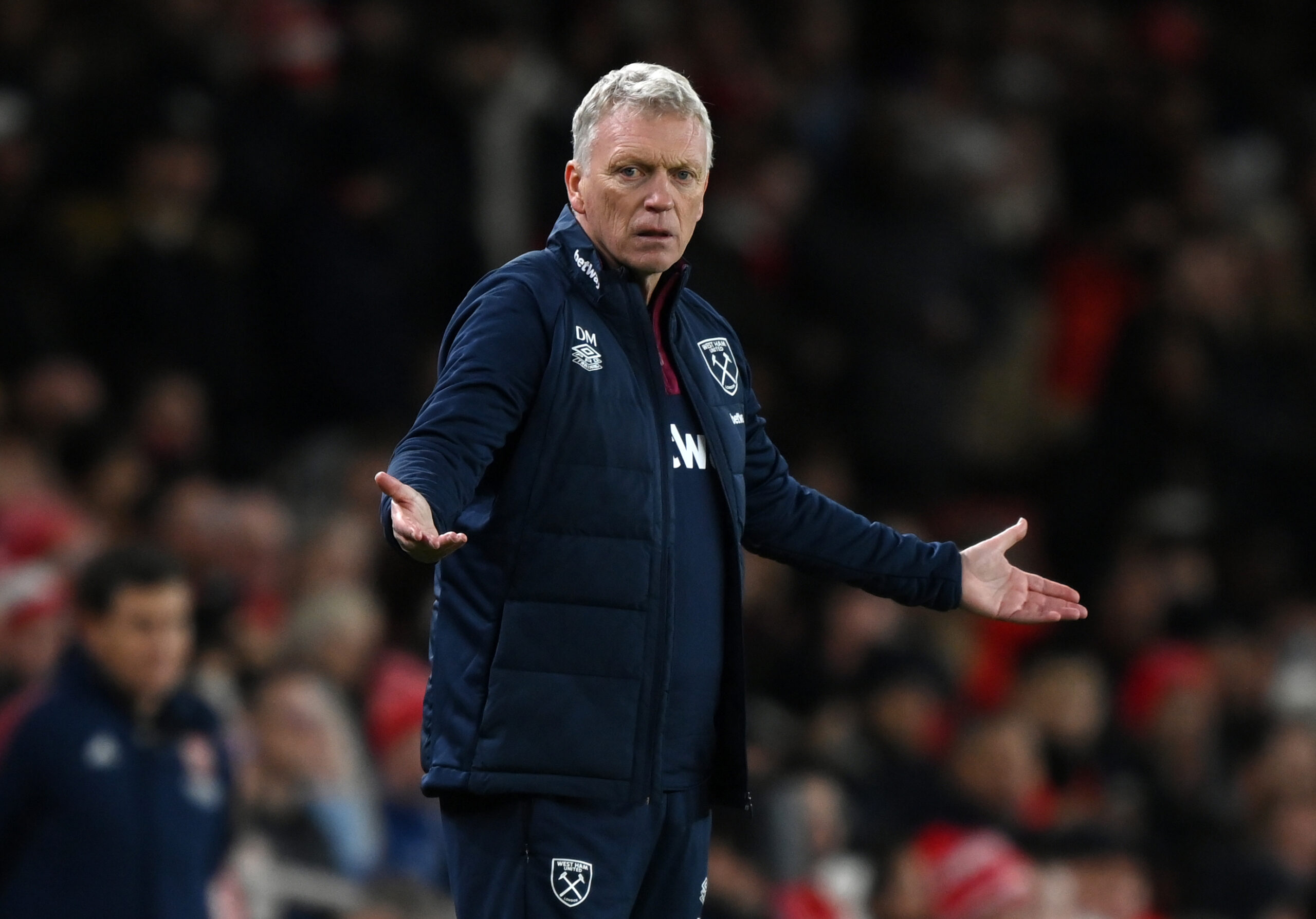 Friday’s Premier League action gets underway at the London Stadium as out-of-sorts West Ham United take on Brentford in a must-win match-up.

David Moyes’ future in London is up in the air after his men squandered a 1-0 half-time lead to end on the wrong side of a 3-1 scoreline at Arsenal on Boxing Day.

Having lost four league matches in a row, the Hammers head into proceedings only one point clear of 18th-placed Wolverhampton Wanderers and could lose five in succession for the first time since 2017.

Another disappointing result may well lead to Moyes’ departure. However, the upcoming West Ham fixtures fill the English manager with confidence as his lads are about to play teams that finished below them last season.

One of them are Brentford, who came close to upsetting the odds twice on the trot on Boxing Day, but after stunning Manchester City 2-1 on the eve of the World Cup break, they stuttered on Monday.

Vitaly Janelt and Ivan Toney netted on either side of half-time to hand the Bees what seemed a cruising two-goal cushion against Tottenham Hotspur last time out, only to concede twice in six minutes.

Goals from Harry Kane and Pierre-Emile Hojbjerg helped Spurs eke out an enthralling 2-2 draw, leaving Thomas Frank’s team stuck in mid-table lethargy ahead of the final Premier League round of 2022.

West Ham lost back-to-back home league games in the lead-up to the Qatar showpiece and now risk losing three on the spin for the first time since December 2019.

Despite being given better odds ahead of the kick-off, the Hammers must be wary of their last season’s Premier League fortunes against Brentford, having lost both league H2Hs, including a 2-1 defeat at home.

If there’s any silver lining for Moyes, then it’s a fact his men thrashed last season’s relegation boys Watford 4-1 in their final league match of 2021 and are looking to do it in two successive calendar years for the first time since 2007-2008.

Before pulling off a memorable 2-1 triumph at the Etihad Stadium on their most recent Premier League travel, Brentford had gone winless on their opening seven league road trips this season (D4, D3).

Such an abysmal away form had emanated from a porous backline, with the Bees keeping just one clean sheet across those seven matches, conceding 2+ goals on five occasions.

That success against the reigning champions may have also been a fluke, but if Brentford can defy their underwhelming six-game run in the Premier League London derbies (D4, L2), it may not be the case after all.

West Ham United vs Brentford, alongside all other fixtures in England’s top flight, is available to watch online via live Premier League streams.

Despite beating West Ham home and away last season and enjoying a recent uplift in form, Brentford cannot take anything for granted in London, though we give them better chances.

The hosts’ scoring woes may be a problem against the Bees’ decent backline, while Toney and Bryan Mbeumo can hurt virtually any defence in the Premier League.

So we expect the visitors to take a point at the very least.