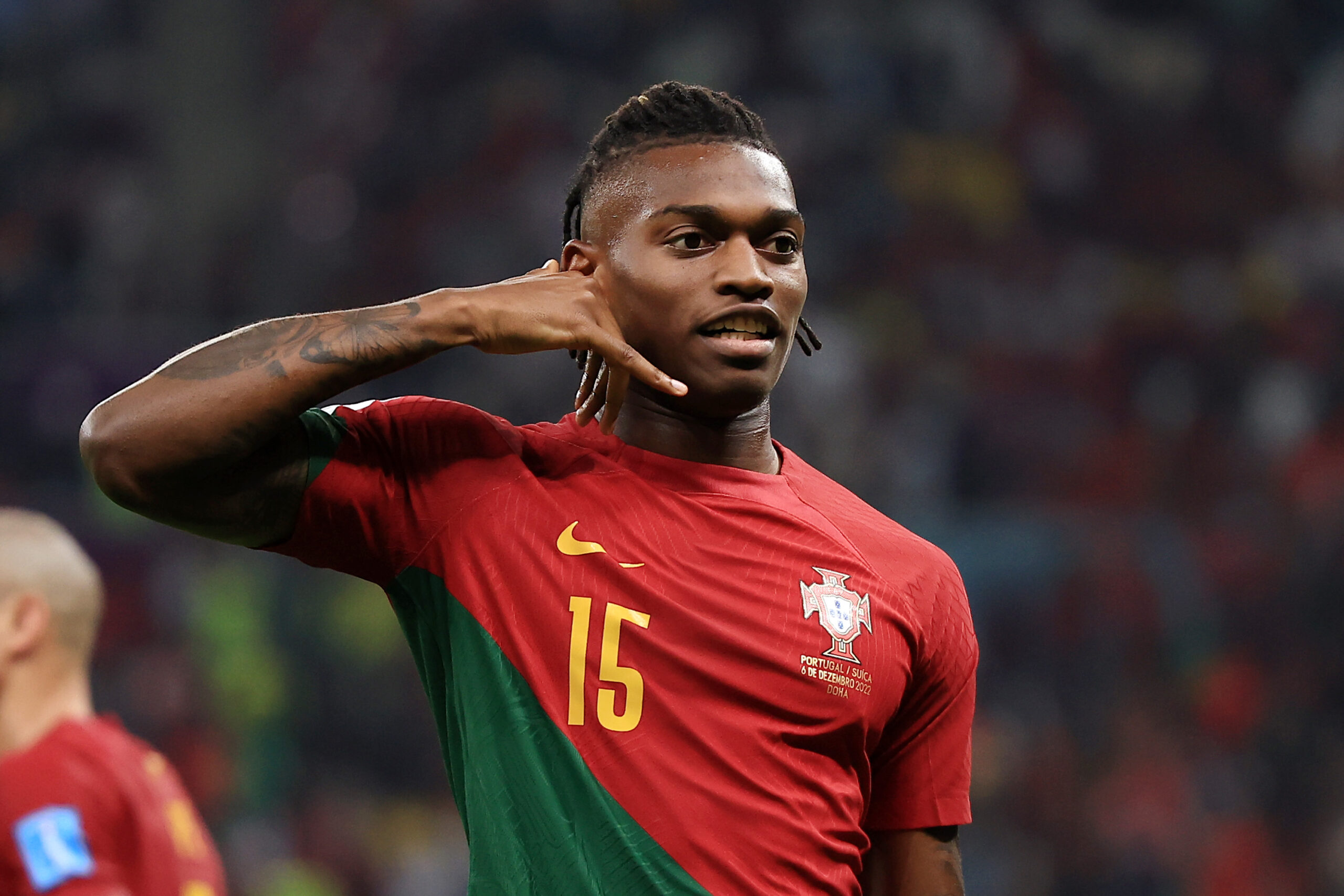 The Portuguese forward’s phenomenal rise as one of the best young players in Europe has put a host of European giants on alert.

The Rossoneri are struggling to extend his contract – which expires in 18 months -and negotiations have dragged on.

Recent reports have suggested that Milan have convinced Leao over an extension, offering him around €7 million in wages plus bonuses.

However, a new report from TuttoMercatoWeb claims that Premier League giants Man City are looking to throw a spanner in the works of the Italian champions.

They are ready to offer Leao €12m, nearly twice as much as Milan.

It is what Rossoneri have feared the whole time – clubs with more financial resources could overpower them.

The odds are against Milan, who would be forced to sell the former Lille star either in January or next summer if he opts against an extension.

Leao could be viewed as a potential replacement for Jack Grealish, who has endured a disappointing time at the Etihad Stadium since his record move from Aston Villa last year.

The English superstar’s meagre return of goals and assists have raised doubts as to whetheaboutis worth the exorbitant transfer fee Man City paid for his services.

Leao is an exceptional talent, and teaming him up with Erling Braut Haaland would elevate City’s attack to a higher level.

The Sky Blues are not alone in the transfer race, as Chelsea, Real Madrid and Paris Saint-Germain are also keeping tabs on his situation.

The 23-year-old recently returned to Milan training after representing Portugal in the World Cup 2022, where his side reached the quarter-finals before losing to Morocco.