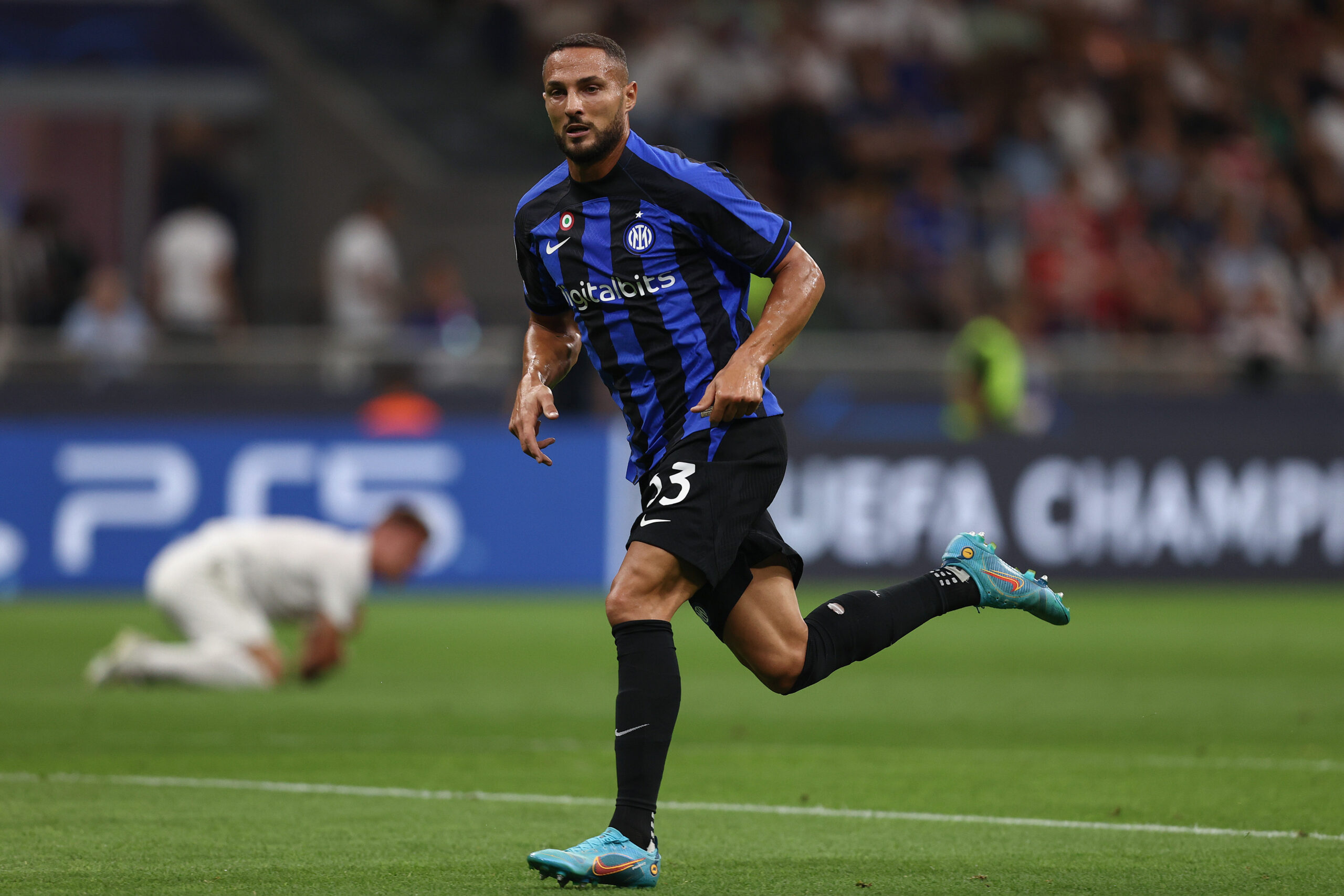 Inter Milan are planning to hold talks with Danilo D’Ambrosio’s representatives to extend his contract, according to FCInterNews.

The 34-year-old has been at San Siro since 2014 but has fallen down the pecking order in recent seasons.

While his reduced role and the fact that his current deal expires next summer have cast doubts over his future, Simone Inzaghi still sees D’Ambrosio as a valuable option.

The Italian defender was not part of Inter’s squad during the winter friendlies because of injury. He will also miss the final friendly fixture against Sassuolo before Serie A resumes next week.

The Nerazzurri are working on the renewals of several first-team players, with Edin Dzeko, Matteo Darmian and Milan Skriniar in the final year of their contracts.

Skriniar’s situation remains a concern as Inter have been negotiating for months, but no breakthrough has been found yet.

The Slovakian defender was one of the players Inter looked to sell last summer to ease their financial troubles.

Paris Saint-Germain were tipped as a potential destination but failed to meet Inter’s valuation, allowing Skriniar to stay at San Siro.

The Italian giants have now changed their stance on Skriniar, who they consider a key player for the future.

Inter’s executives have repeatedly insisted that the 28-year-old is no longer expendable and are confident about prolonging his stay at the San Siro.

Salary demands are reportedly separating the two parties from the renewal. The Nerazzurri are eager to find a solution.