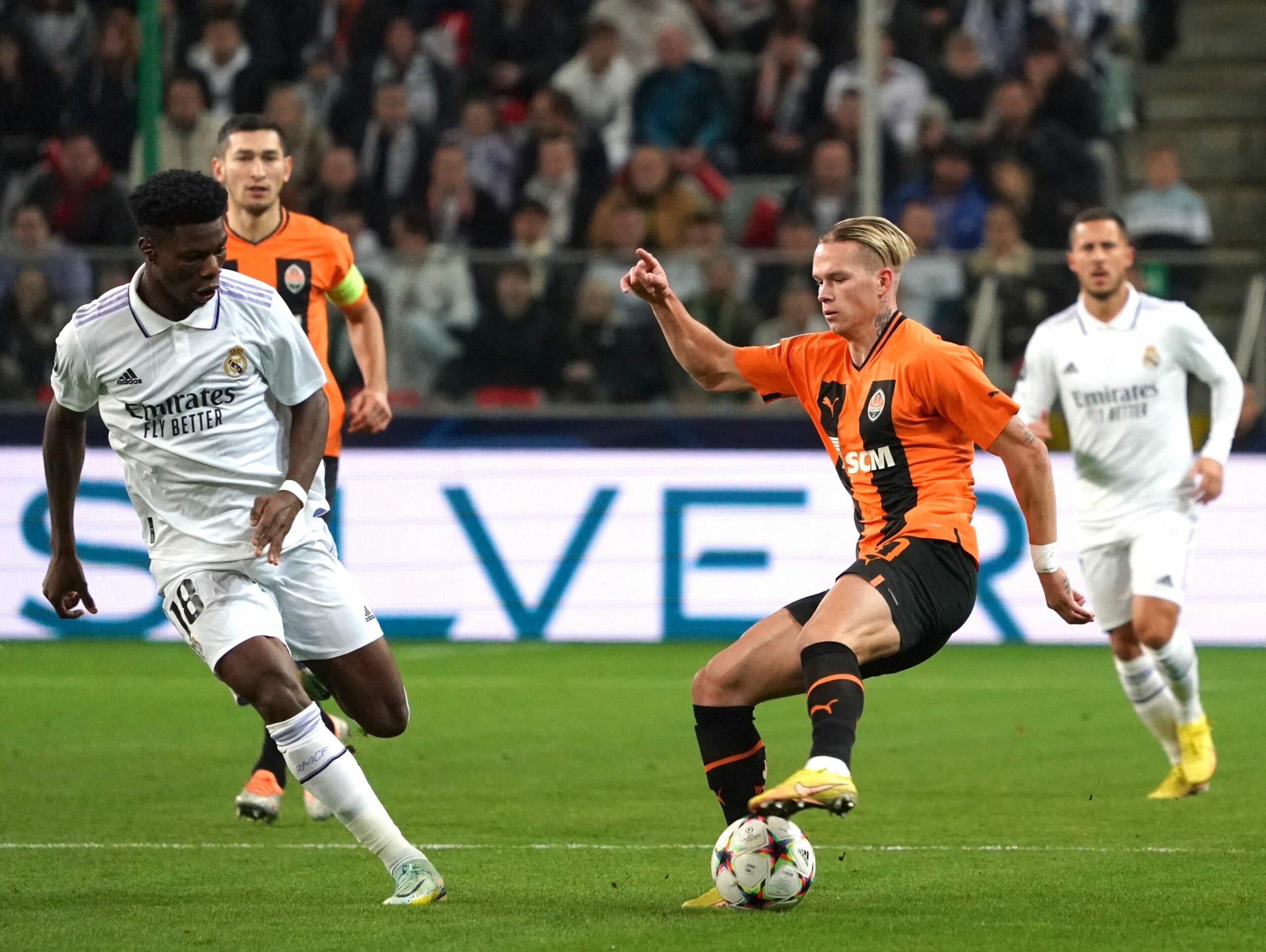 Shakhtar Donetsk have turned down Arsenal’s opening bid worth €65 million for Mykhailo Mudryk, reports The Athletic.

The Gunners will continue their talks with the Ukrainian giants, having identified Mudryk as a top target for the January transfer window.

The Ukrainian winger was on the transfer wishlist of the north London outfit last summer, but a move never materialised.

Mudryk’s stock has soared after growing into one of Europe’s most coveted youngsters this season.

The 21-year-old has netted ten goals and eight assists in all competitions, while his performances in the Champions League brought him into the spotlight.

Despite Shakhtar bowing out at the group stage, Mudryk was one of the standout performers with three goals and two assists, scoring against Celtic and RB Leipzig.

The Gunners appeared to have jumped the queue in the pursuit of Mudryk by submitting an offer worth around €40m plus €25m in add-ons.

It comes as no surprise that Shakhtar rejected the bid as they have repeatedly stated that Mudryk is worth around €100m.

The Gunners will continue their negotiations, meaning Mudryk could still become the club’s record signing.

Manchester City, Newcastle United and Paris Saint-Germain have also registered an interest in the Ukrainian prodigy.

However, Arsenal look to have the edge after the winger recently expressed his desire to play for the north London club.

The Gunners manager Mikel Arteta has laid out the plans for the January transfer window, stating that the club would try to sign a new striker in the wake of the injury to Gabriel Jesus.

Arteta’s men stretched their lead to seven points at the top of the Premier League after beating West Ham United 3-1 on Boxing Day.