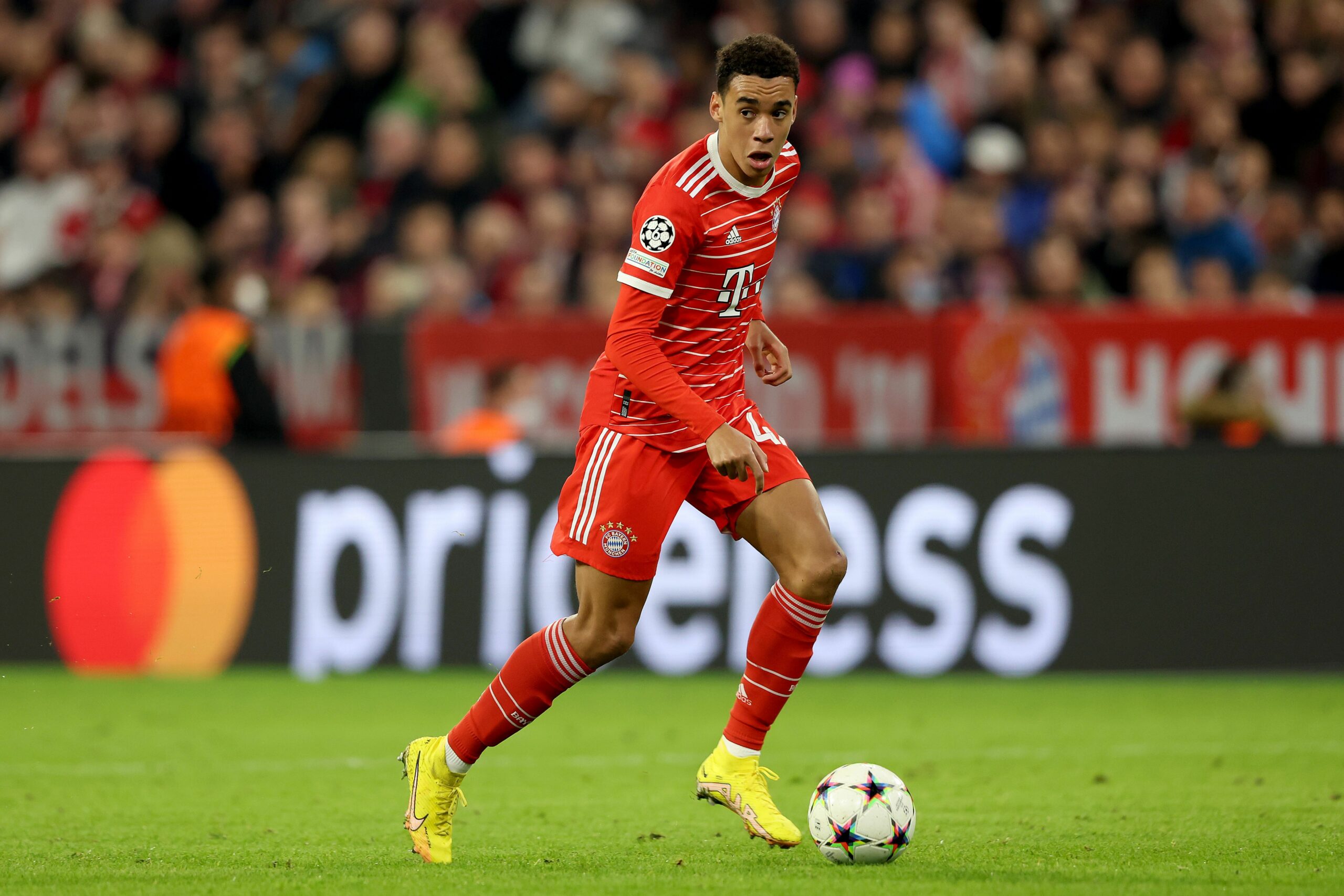 Bundesliga champions Bayern Munich are set to propose a new contract to teenage prodigy Jamal Musiala in 2023, according to transfer expert Fabrizio Romano.

Since his promotion to the first team, Musiala has established himself as one of Europe’s most exciting attacking prospects and has become a first-team regular for club and country.

The 19-year-old has been a standout performer for Bayern this term, registering 11 goals and eight assists in 22 matches across all competitions.

While his existing deal with the Bundesliga champions runs until 2026, Bayern are looking to tie down their most prized asset even further to ward off any interest from potential suitors.

Bayern CEO Oliver Kahn recently lauded Musiala for his ‘enormous qualities’ already evident at such a young age, while also labelling him an important player for the future.

“Jamal has enormous qualities that he’s showing consistently at a high level at 19,” Kahn told SportBild earlier this month.

“He’s also very ambitious and always wants to improve – we’re glad we have him. Jamal will be an important cornerstone in the future of Bayern.”

Off the back of a disappointing World Cup outing with Germany in Qatar where Die Mannschaft suffered a group-stage exit, Musiala is currently on a mini mid-season break ahead of his side’s next outing against RB Leipzig on January 20.

Bayern are also working on new deals for defensive duo Lucas Hernandez and Alphonso Davies despite the former rupturing his anterior cruciate ligament in the opening game of France’s World Cup campaign against Australia.

Davies is currently being tracked by European champions Real Madrid, but his current employers have no intention to sell and plan to extend what has been a successful time at the Allianz Arena.