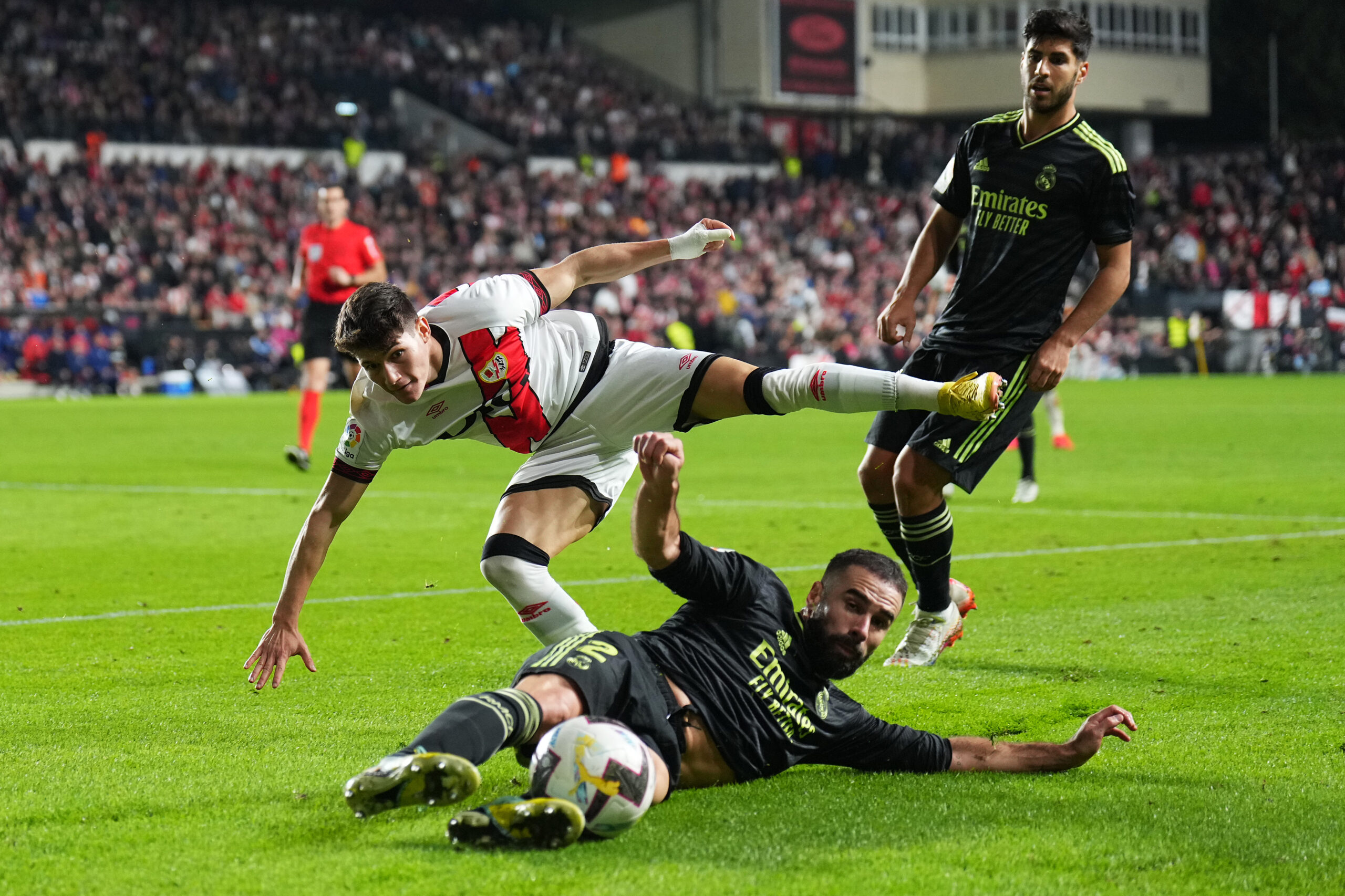 Real Madrid are reportedly keeping track of Fran Garcia’s progress at Rayo Vallecano and are contemplating his return next summer.

One of the most talented players to come out of Madrid’s youth ranks, Garcia joined Vallecano in 2020 in search of regular minutes.

The 23-year-old has been impressive over the last two seasons, leading Los Blancos to think about his potential return.

As reported by Marca, Madrid are willing to trigger the Spanish left-back’s buyback clause worth €5 million.

Los Blancos are planning for an overhaul next summer. They want to continue their strategy of signing young talents, as highlighted by their recent transfers of Aurelien Tchoumaneni and Endrick Felipe.

Ferland Mendy has been impressive at the left-back position this season, but that hasn’t stopped his exit rumours from circulating.

Los Merengues are reportedly open to selling the French defender to generate funds for their top defensive target Josko Gvardiol.

The Croatian youngster has been a revelation for RB Leipzig, and his stock has seemingly skyrocketed following a spectacular World Cup campaign.

Gvardiol has been tipped for a big money move next summer, with Die Roten Bullen placing a €100m price tag on him.

Despite interest from a host of European heavyweights, Madrid are leading the race for the 20-year-old.

Los Blancos are also looking at Garcia as a great option to solidify the left-back spot.

Madrid are currently focused on the renewals of first-team stars, with Marco Asensio, Luka Modric, Toni Kroos and Dani Ceballos in the final year of their contracts.