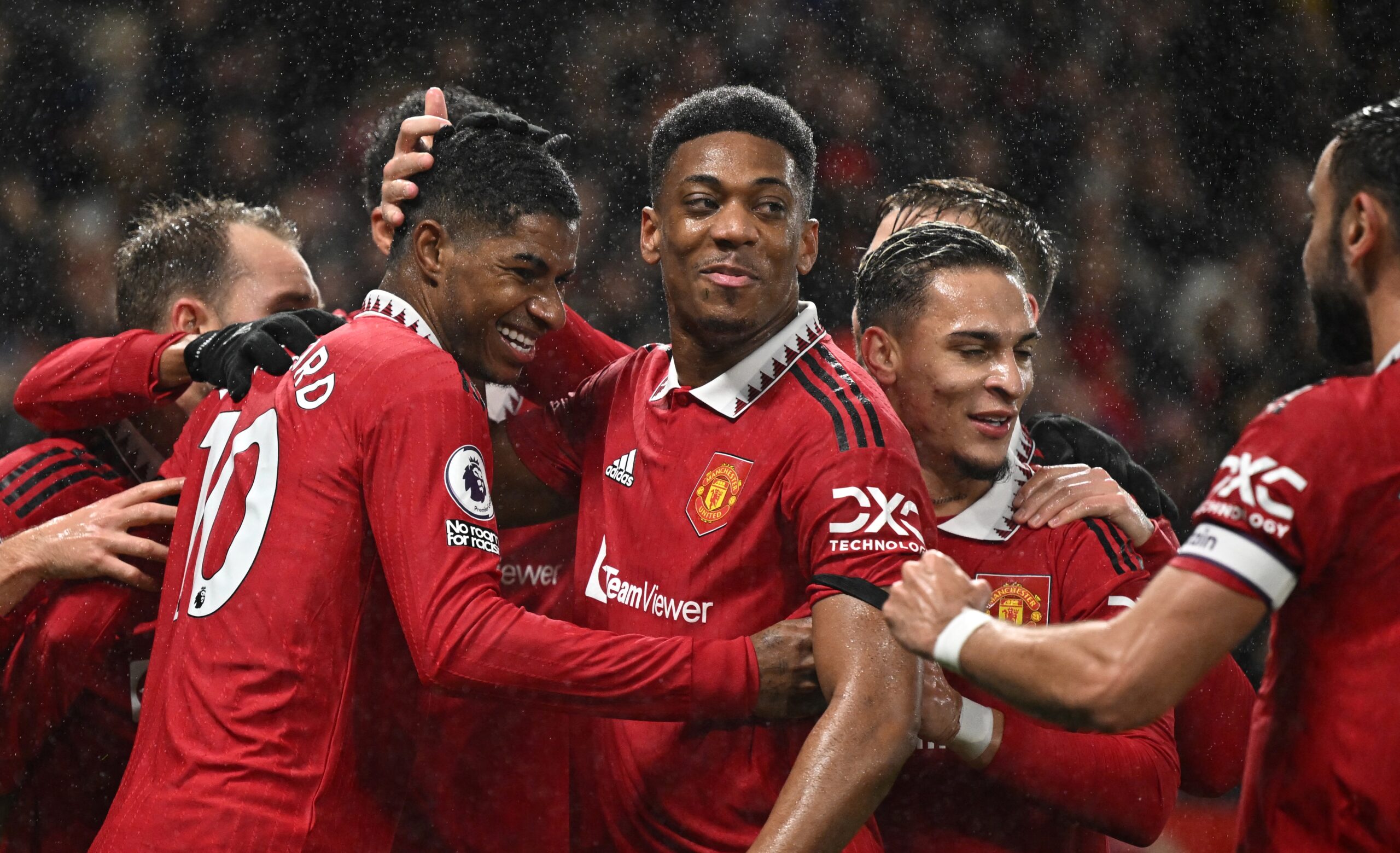 Lisandro Martinez, Diogo Dalot and Jadon Sancho were unavailable for selection. Yet it did nothing to undermine United’s bid to build on a 2-1 triumph at Fulham in their most recent Premier League outing.

The Red Devils flew out of the traps in pursuit of an early goal against Steve Cooper’s side, knocking on Wayne Hennessey’s goal after six minutes.

After a well-crafted attack on the right-hand side, left-back Tyrell Malacia met the cross at the far post and had enough time and space to unleash a thunderous effort at Hennessey’s feet.

Although the Welsh goalkeeper pulled off an eye-catching save to thwart the Dutchman’s shot, it was a sign of things to come.

United perfectly executed a corner kick from the training ground to break the deadlock in the 19th minute as Marcus Rashford struck Christian Eriksen’s low delivery first time into the roof of the net.

The England international soon turned into a playmaker, turning his marker around with a great flick before setting up Anthony Martial on a silver platter.

While he was lucky to turn home Rashford’s delightful through ball, the Frenchman deserved the goal for his eventful performance in the opening stages.

However, complacency almost came back and haunted United, who gave up the idea of scoring more goals in the first half as Forest got on the scoresheet through Ryan Yates.

Unfortunately for the Tricky Trees’ vice-captain, his glancing header took a slight deflection off of Willy Boly, who was in an offside position, leading to the VAR intervention.

It took the VAR room a couple of minutes to make a decision, but it came in favour of United, who got to preserve a two-goal cushion at half-time by the skin of their teeth.

United could have extended their lead early in the second half as Bruno Fernandes played Antony into a perfect position. However, the Brazilian failed to score from point-blank as Hennessey denied him one-on-one.

The Welshman came up massive again on the hour mark to save Martial’s low-placed effort from close range and keep the Tricky Trees in the game.

Hennessey’s outstanding second-half performance witnessed another highlight moment soon after as he threw his leg to thwart Rashford’s attempt from the six-yard box.

Chances kept coming for United, but the Welsh veteran slammed the door shut before second-half substitute Fred smashed the ball past him from just inside the box to seal a clear-cut win.

David de Gea (7/10) – Though he spent most of the night as a spectator, he kept his focus to make back-to-back saves midway through the second half.

Aaron Wan-Bissaka (8/10) – One of his best matches in the red shirt by some margin. Spot on in defence and immensely dangerous in the front third, he may stake a claim for a regular starting berth in the future.

Raphael Varane (8/10) – He has certainly had more challenging assignments but still did his job professionally, denying every attempt from the Tricky Trees to trouble de Gea.

Luke Shaw (7/10) – Despite being played out of position, the England international enjoyed his role as a centre-back tonight, as his every move was on point.

Tyrell Malacia (7/10) – Came tantalisingly close to scoring his first goal for Man Utd early on, which didn’t interrupt his flow for the remainder of the game as he excelled tonight.

Christian Eriksen (7/10) – Apart from a nifty corner-kick play, he was essential to Man Utd’s build-up play throughout the night, directing the pace with quality and purpose.

Casemiro (8/10) – A world-class performance from the star midfielder. Won almost every duel in the midfield and provided a delightful assist to Fred. What a boss!

Antony (5/10) – A woeful night for the Brazilian winger. In addition to wasting possession one too many times, he failed to keep his composure from a presentable position.

Anthony Martial (7/10) – Lucky to score with a weak effort and came close to adding to the tally, which he should’ve done. But could be pleased with himself.

Wayne Hennessey (7/10) – Though he could’ve done better to deny Martial’s goal, he was the only reason Forest didn’t concede six or more goals tonight.

Serge Aurier (2/10) – Humiliated by Rashford every step of the way, he never found his feet this evening.

Willy Boly (6/10) – Made numerous clearings inside his penalty area and was unfortunate to find himself narrowly offside when he put the ball into Man Utd’s net.

Joe Worrall (5/10) – Not nearly as solid as his centre-back partner. Will have to improve if the Tricky Trees are to stay in the league.

Renan Lodi (3/10) – Looking at his performance tonight, it’s no big surprise Diego Simeone allowed him to leave Atletico Madrid on loan. Invisibility is the best way to describe his evening.

Remo Freuler (3/10) – For a hard-working defensive midfielder, you’d expect him to win more possession back more often. He made no impact up front.

Ryan Yates (6/10) – Unfortunate to have hit his teammate instead of scoring but still left his heart and soul on the pitch. Never stopped running despite failing to influence the game.

Orel Mangala (5/10) – Fought tooth and nail to narrow Fernandes’ impact down, which came at the expense of his attacking aspirations.

Brennan Johnson (3/10) – Another Forest player who turned on a ‘stealth mode’ at the Theatre of Dreams. It wasn’t a dream but a nightmare for the young forward.

Jesse Lingard (3/10) – An Old Trafford reunion he’d want to forget in a hurry after barely having contact with the ball before picking up an injury early in the second half.

Taiwo Awoniyi (3/10) – Lost the physical battle with Raphael Varane and Aaron Wan-Bissaka. A near-anonymous performance from the big guy.