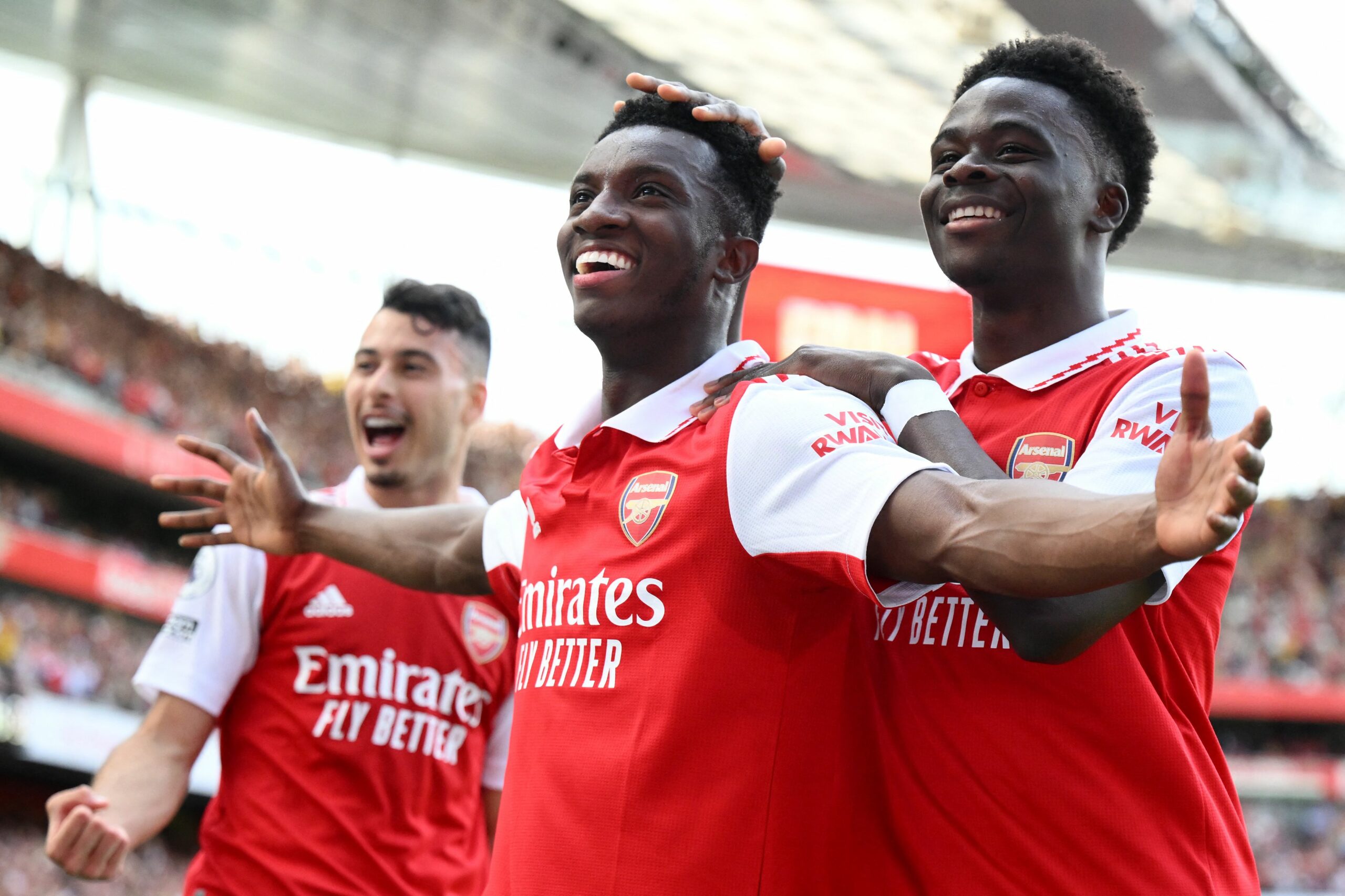 The Gunners graduate was far from his best in the first half of the London derby and he could have been better with his decision-making in the final third.

However, the 23-year-old stepped up following the interval and ensured the victory for the Gunners with the third goal which came in the 69th minute.

Nketiah produced a superb turn on Thilo Kehrer before a low finish across goal to beat Lukasz Fabianski.

Following the 3-1 win, Arteta was delighted with the impact from his main striker. The Spaniard said that it was a great goal and an incredible performance from him.

The Gunners boss was also impressed with the intensity and pressing from Nketiah whose ‘moment of real quality’ put the game out of sight of the Hammers.

He told Arsenal.com: “It was a great goal but I think overall his performance was incredible. The way he understood the pressing, his intensity, the way he counter-attacked certain spaces, the composure he showed. And then he stayed patient. And in the box he produced a moment of real quality to win us the game.”

Nketiah was superb for the Gunners during the final months of last season with five goals from seven league games. He has the opportunity to replicate the same.

With Gabriel Jesus sidelined for another ten weeks after his knee surgery, Nketiah has a key role to play up front as the club look to sustain their bid for the league title.

There are some fans, ex-players and pundits that don’t believe Nketiah is the right player to lead the line. He certainly answered his critics against the Hammers.

Whether he can find consistency is the big question. Arsenal are not looking for a specialist number nine in January which suggests Arteta is ready to trust Nketiah.

Shakhtar Donetsk winger Mykhaylo Mudryk is clearly the priority target for next month. The Gunners have already made an opening bid worth €60 million for him.