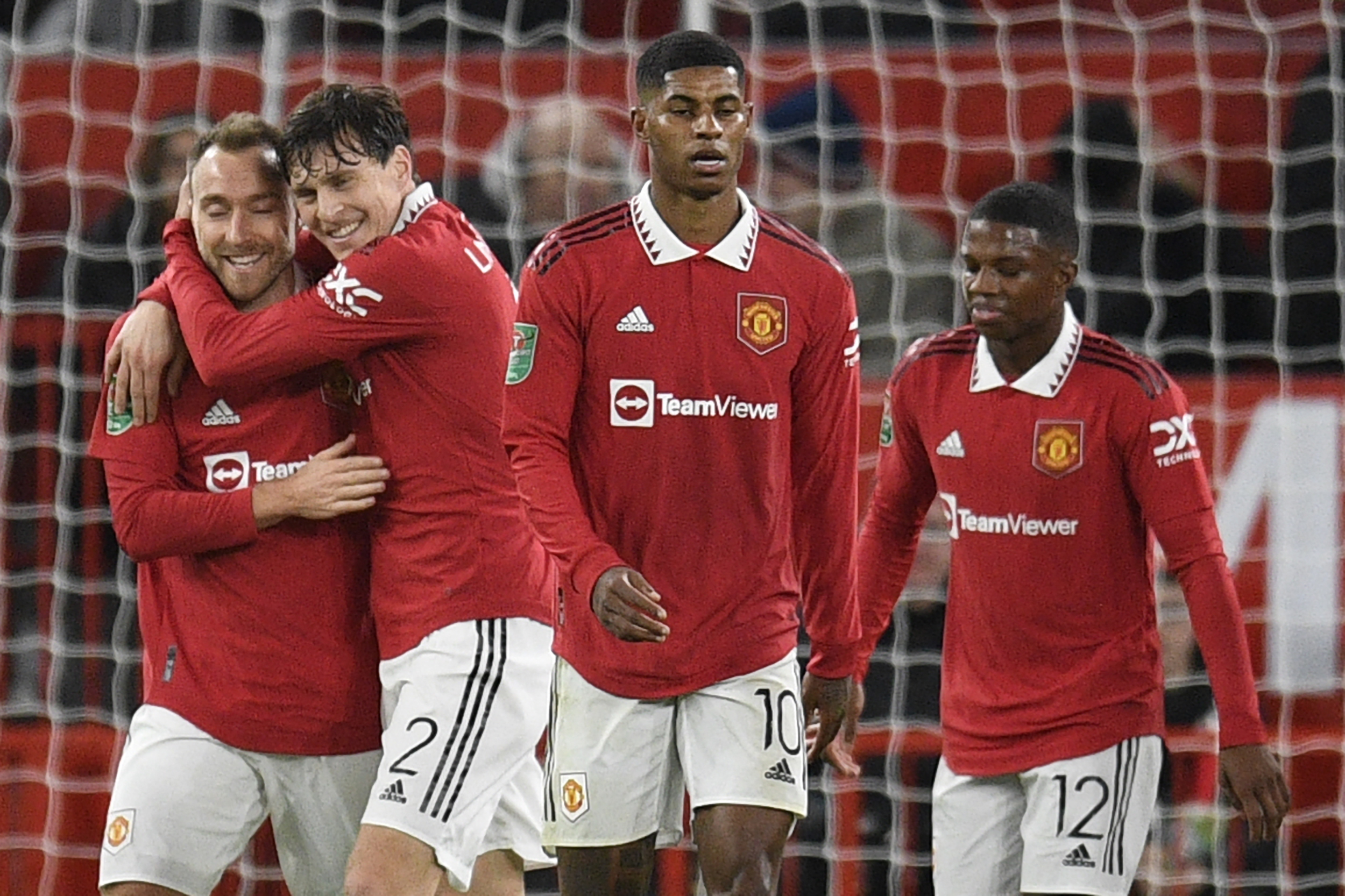 Christian Eriksen and Marcus Rashford were on the scoresheet against Vincent Kompany’s team to help the Red Devils pick up where they left off in November.

Man Utd needed last-gasp heroics from teenage sensation Alejandro Garnacho to overcome Fulham 2-1 in their final Premier League outing ahead of the World Cup, maintaining their grip on the top four.

With a game in hand on fourth-placed Tottenham Hotspur, a three-point gap between the sides looks neglectable, yet United’s form woes continue to cause Ten Hag a headache.

Forest’s visit to the Theatre of Dreams will present Man Utd with a perfect opportunity to claim back-to-back league victories for the first time since September.

However, the Tricky Trees also entered the mid-season break on a high, as Morgan Gibbs-White punished Wilfried Zaha for wasting a spot-kick in the first half to inspire his side to a 1-0 win over Crystal Palace.

But a one-point deficit on out-of-sorts Everton gives the visitors hope that they could move to safety come the end of this round if the results go their way.

A 1-0 win over West Ham United in their most recent home league fixture marked United’s third consecutive home clean sheet in the Premier League, meaning they could go four in a row without conceding for the first time in two years.

The Red Devils’ high-flying home form is likely to go on beyond this round, especially considering they’ve only lost six of their 89 Premier League encounters against promoted sides at Old Trafford (W68, D15).

Forest have been the worst away side in the Premier League this season, going winless on all seven top-flight travels (D2, L5) while netting a league-low one goal in the process.

Since a 1-1 draw at Everton in late August, Cooper’s men have failed to score in five successive away league games (D1, L4), losing three by at least a four-goal margin.

It’s unlikely that Forest could defy their form woes on the road against Man Utd, as they’ve lost four out of five Premier League visits to Old Trafford overall (W1).

Manchester United vs Nottingham Forest, alongside all other fixtures in England’s top flight, is available to watch online via live Premier League streams.

Even though ten Hag cannot call upon several first-team stars, including Lisandro Martinez and Jadon Sancho, Man Utd won’t have an excuse against hot relegation candidates.

We expect the Red Devils to make a statement against Forest and show the club’s decision to clear out Ronaldo’s toxic presence in the dressing room was a hit.