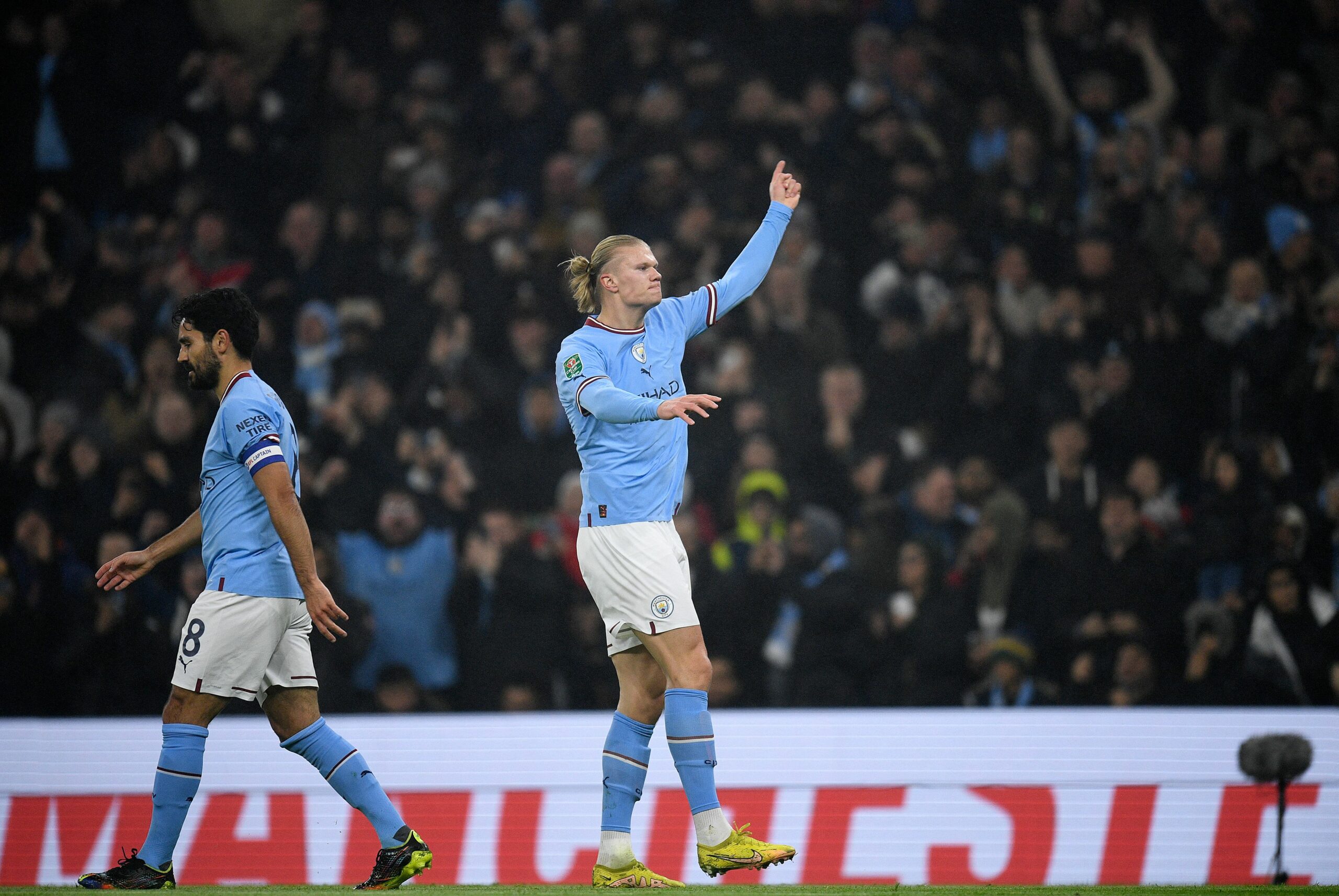 Despite taking the lead three times in north London, the Whites became the first Premier League side to go ahead on three separate occasions and fail to win since Boxing Day 2012.

Now stuck only two points clear of 18th-placed Nottingham Forest, the hosts head into proceedings as massive outsiders, though a 4-3 win over Bournemouth in their latest home league game offers some hope.

It helped Marsch’s side put an underwhelming four-match winless home streak in the top flight to bed (D2, L2), even equalling their scoring tally from the span.

Like their hosts, Man City entered the mid-season break off the back of a poor result as Brentford stunned the Etihad Stadium 2-1 last time out, courtesy of Ivan Toney’s brace.

Pep Guardiola’s men now have to play catch-up on Premier League leaders Arsenal if they’re to win a third consecutive title for the first time in the club’s history.

With five points separating the sides ahead of Boxing Day, the Cityzens know they cannot drop points at Elland Road, especially since the Gunners are likely to overcome West Ham United at home.

Leeds have developed a habit of simply rolling over against defending Premier League champions, as evidenced by their woeful run of seven winless games in such match-ups (D2, L5).

Nothing will likely change on Wednesday, considering they lost both top-flight encounters against Man City last season by an aggregate score of 11-0.

Elland Road should be in for a treat, with Leeds’ last four league fixtures featuring an eye-catching average of 5.5 goals per game, highlighting the potential for an action-packed contest.

Four different players were on the scoresheet as Man City humbled Leeds 4-0 in this corresponding fixture in 2021/22, last winning back-to-back away league matches against them in 2000.

But that defeat to Brentford means the Cityzens are staring down the barrel of consecutive Premier League losses for the first time since December 2018.

Guardiola can always rely on dependable Erling Haaland to deliver the goods in the front third and help his side maintain their free-scoring domestic form.

Leeds United vs Manchester City, alongside all other fixtures in England’s top flight, is available to watch online via live Premier League streams.

With all of Leeds’ defensive problems, the Norwegian may have a field day at Elland Road as we back the Cityzens to get back on the rails after being shocked by Brentford.