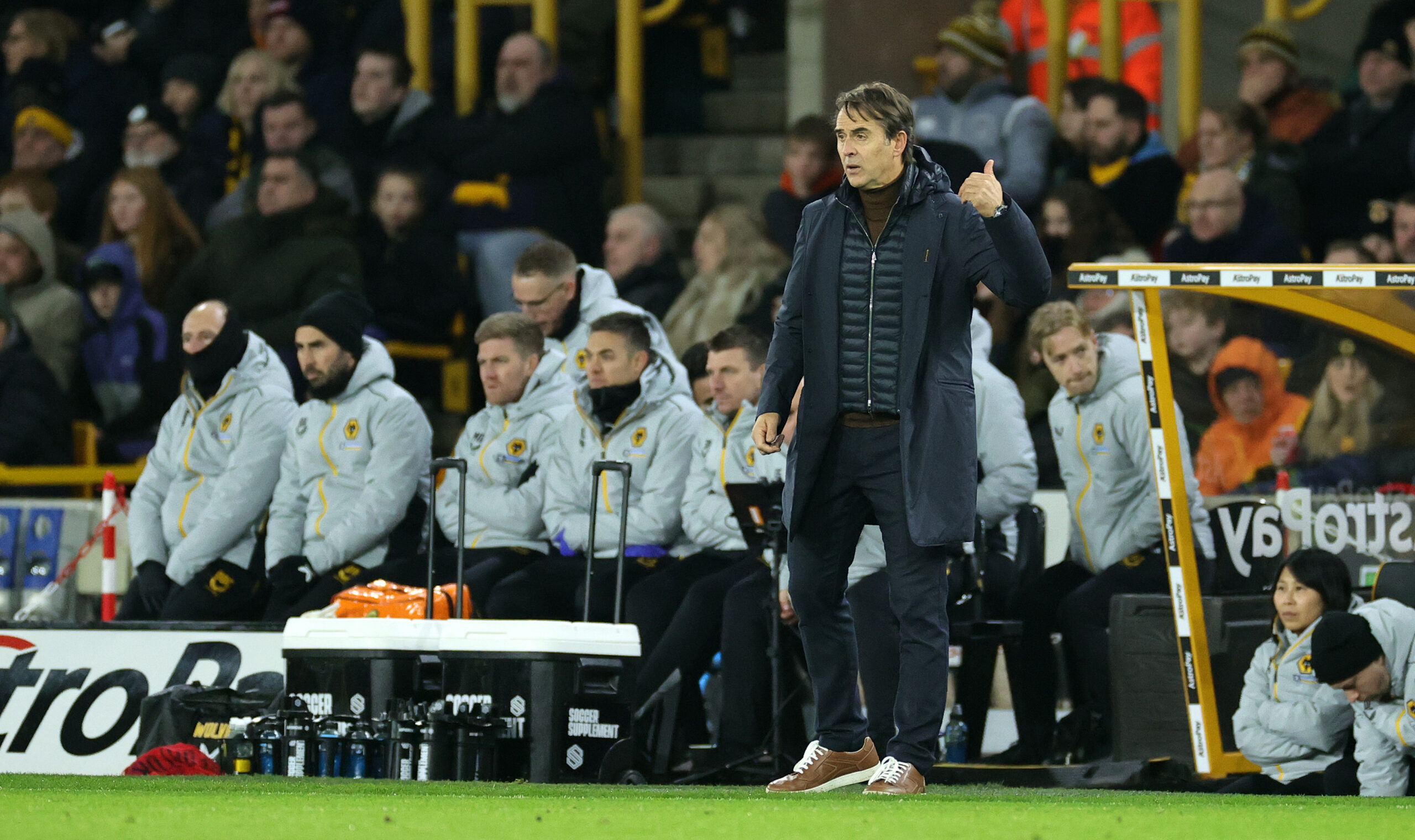 After a long pursuit of Julen Lopetegui following Bruno Lage‘s departure in October, Wolverhampton Wanderers successfully landed their man before the World Cup.

Assistant coach Steve Davis took charge of Wolves following Lage’s tenure but not much changed. The Premier League club chased Lopetegui before giving up because he had to deal with family problems.

They targeted Michael Beale, but missed out and returned to Lopetegui. The Spaniard accepted the job at the second time of asking.

Davis took charge of the final games before the World Cup, but Lopetegui has taken his position.

Lopetegui’s first game was against Frank Lampard’s Everton. The Toffees had not won a game in their last four games in all competitions, while Wolvers were without a victory in their previous five league outings.

It was the 28-year-old Colombian’s first Premier League goal since December 2020.

However, Wolves hit back to equalise after 15 minutes. Daniel Podence applied a neat finish to Joao Moutinho’s chance to even the scoreline.

Everton piled the pressure on Wolves, who struggled to find cohesion. The Merseyside club had more possession and shots, but it was not to be.

Late in the second half, Wolves executed a perfect counter-attack as a long ball found Adama Traore on the right. The winger crossed, and substitute Rayan Ait-Nouri controlled and fired beyond Jordan Pickford.

Lopetegui erupted in fist-shaking joy as he became the first Wolves boss to win his opening top-flight game since 1978.

The former Real Madrid and Sevilla manager’s first win as Wolves manager has lifted them out of the bottom three. The result was Wolves’ first away win of the season.

Wolves welcome Erik Ten Hag’s Manchester United to Molineux on the last day of 2022 looking for another massive three points.