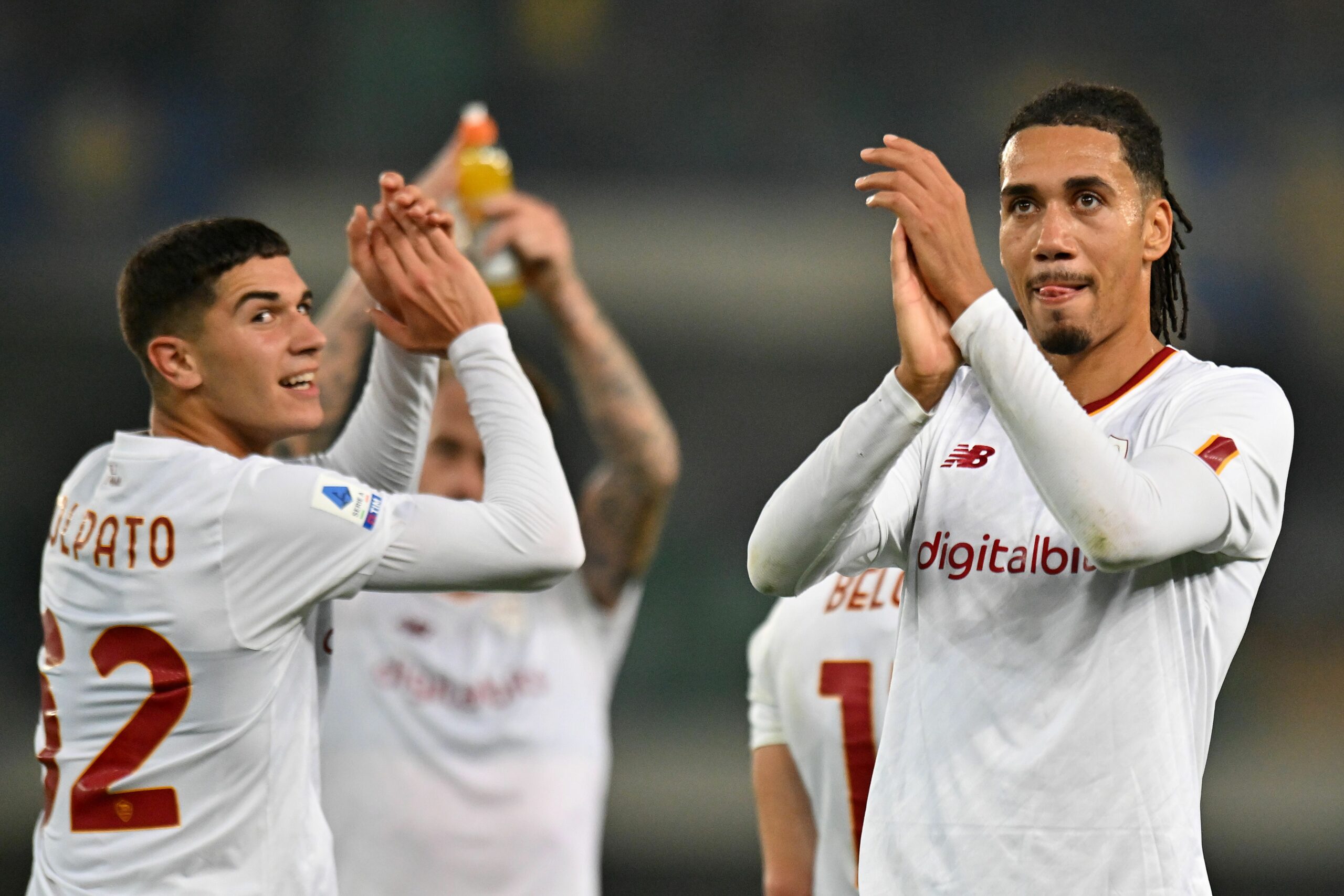 Inter Milan are planning to open talks with AS Roma defender Chris Smalling when his contract at the Stadio Olimpico runs out next summer, according to Calciomercato.

The Nerazzurri are in the middle of a defensive crisis with Milan Skriniar and Stefan de Vrij both out of contract next summer and yet to sign new deals.

The club already have contract extension offers on the table for both players, but they are not eager to sign, especially with interest being shown abroad.

Inter are in a precarious financial situation, and while they are keen on keeping their best players at the club, they also need to balance their books.

Inter are hedging their bets and are scouring the market for possible replacements. They have already identified an audacious move for Chelsea defender Kalidou Koulibaly and have now added Smalling to their shortlist.

The 33-year-old is a pivotal part of Jose Mourinho’s squad in Rome, featuring predominantly in the centre of Mourinho’s back three.

Smalling has racked up 117 appearances for the Giallorossi since joining on an initial loan deal in 2019 and has contributed ten goals and four assists in that time.

His experience is crucial to Mourinho’s setup. However, his immediate future is up in the air with his contract winding down and no talks of an extension with the club yet.

Inter have already made contact with Smalling’s camp, but no real negotiations have begun yet as the club does not want to be used by the player to get a bigger contract from Roma.

Sporting director Piero Ausilio wants to wait for the former Manchester United man to decide that he wants to leave Rome before opening negotiations to take him to San Siro Stadium.