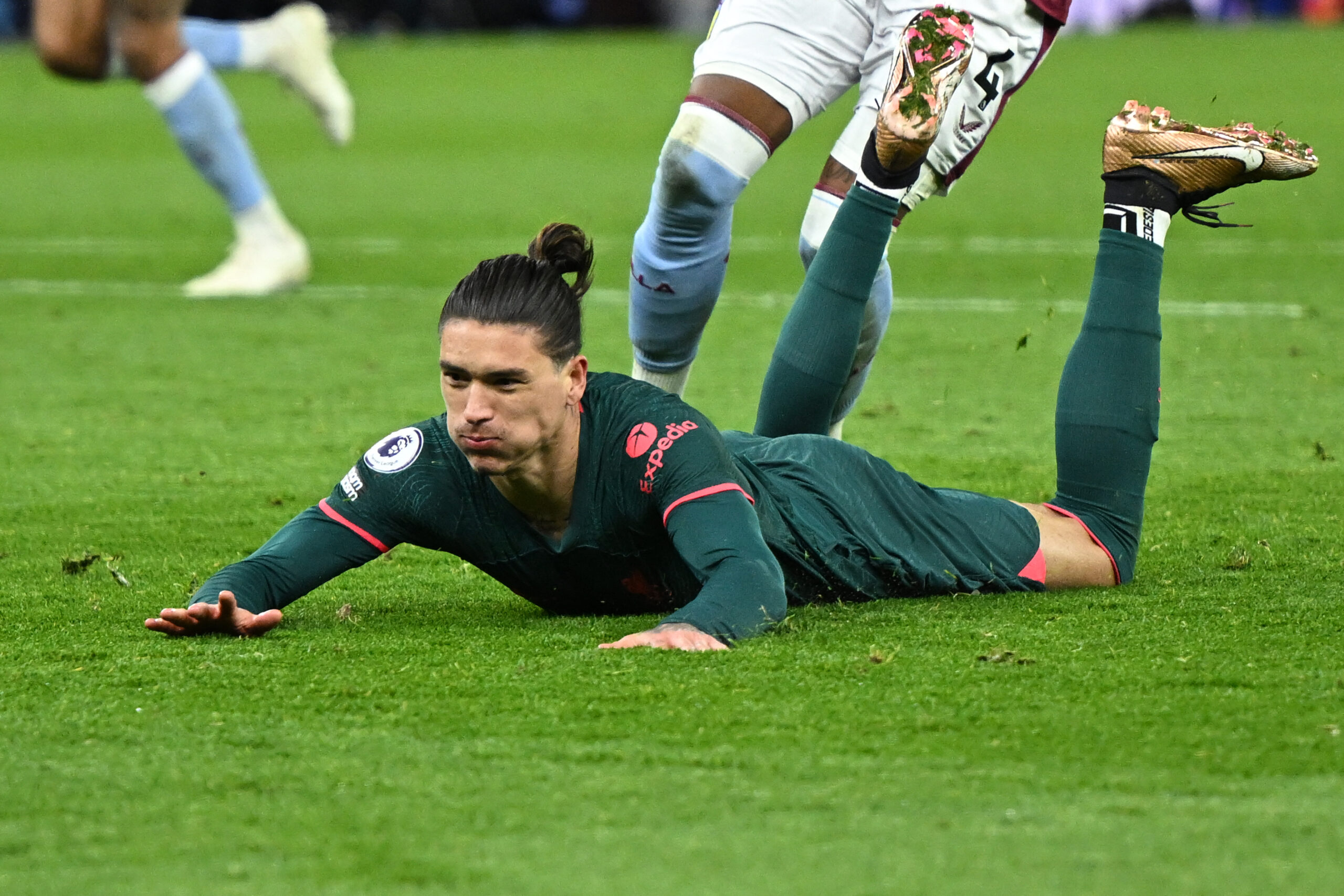 Despite the Reds’ 3-1 win over Villa, Nunez was wasteful in front of goal, failing to convert four big chances.

The first came in the third minute. Andy Robertson fired a super cross that only needed the right contact. Nunez failed to connect properly and Villa scrambled the ball away.

Liverpool took the lead through Mohamed Salah two minutes later, with the Egyptian finishing another sumptuous cross from Robertson.

Nunez’s second miss came in the 26th minute when he headed another Robertson cross over the bar. But the linesman saved his blushes, raising his flag.

Two minutes later, the Uruguayan striker was at it again. He latched on to a long ball behind the Villa defence, and defender Ezri Konsa miscalculated his clearance.

Nunez inexplicably blasted a first-time volley, which Robin Olsen saved with his legs. There was enough time for Nunez to set up a better finish, but he messed it up.

Later in the game, another brilliant cross came toward Nunez from the left side. He dummied the cross when he should have shot, and Salah could not connect.

Nunez missed another chance before half-time following Trent Alexander-Arnold’s cross. He volleyed the right-back’s freekick towards Olsen, who saved the effort.

Late on, he missed another big chance. Nunez’s latest poor showing comes after he missed three chances against Manchester City in the Carabao Cup.

Nunez has missed the most big chances in the Premier League this season (12).

Jurgen Klopp supported the striker, saying the goals would come at the post-match press conference.

The German manager told Amazon (via DaveOCKOP): “Darwin Nunez played an incredible game. He will score goals, I have no doubt about that.

“He gives us so much more than that – he will score. Everything will be fine. This game was exceptional.”