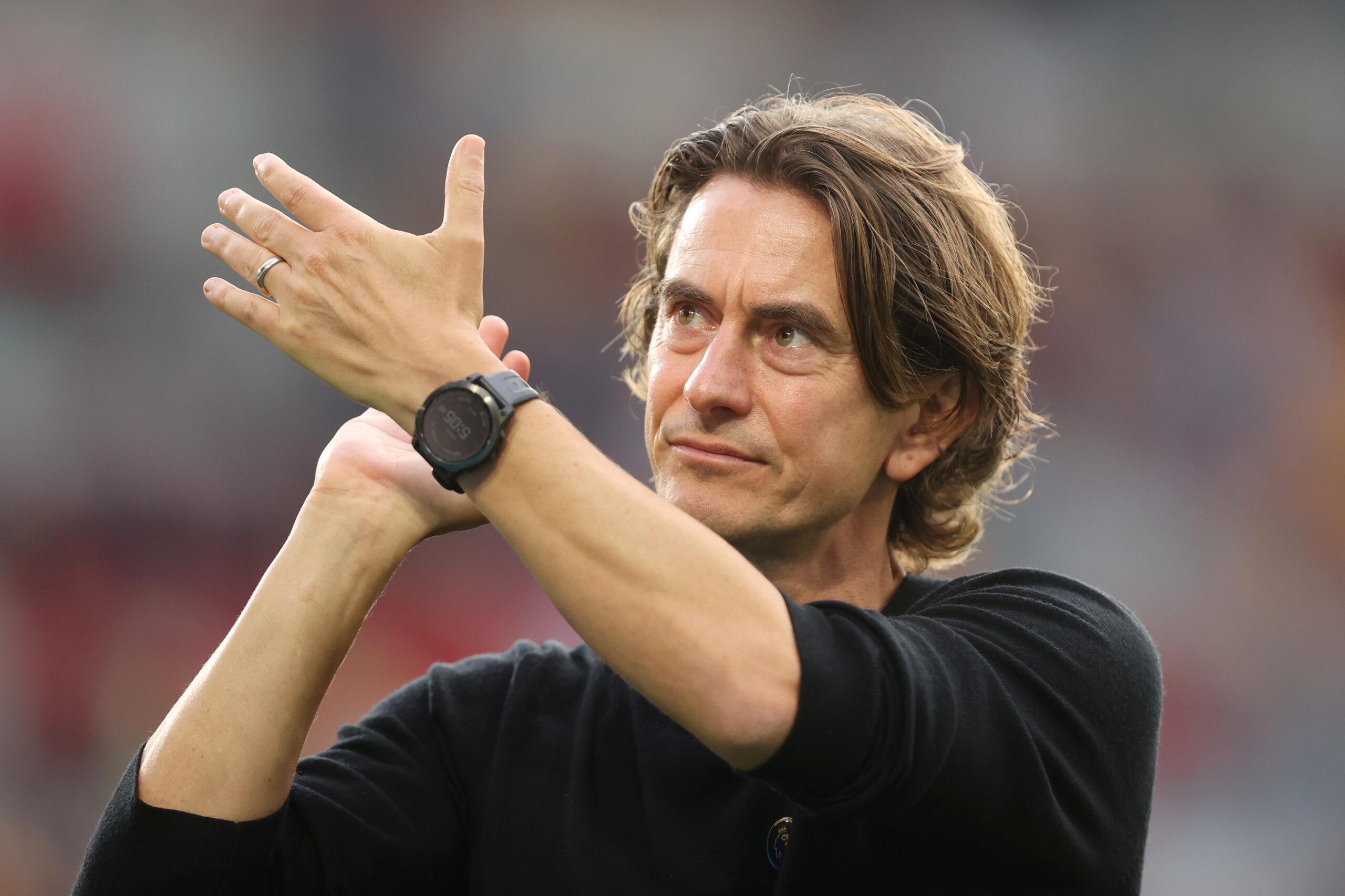 Brentford have announced that manager Thomas Frank has signed a new deal keeping him at the club until the summer of 2027.

Frank initially joined the west London club in 2016 as an assistant to Dean Smith before getting the top job in 2018 following Smith’s departure.

The Dane did an outstanding job leading the Bees to top-flight promotion last season before finishing 13th in their first-ever campaign in the Premier League.

The 49-year-old looks to build on their recent achievement, and Brentford currently sit in the top half of the table in 10th position after picking up 19 points from their first 15 games.

“Being a head coach at a club is like a relationship; there are highs and lows,” said Frank after putting pen to paper on his new contract.

“I have been here six years in total, which is a long time in modern football, and I’d like to say thank you to the fans for the support you give us – the players, the staff, everyone involved with the club.

“We attacked the Premier League in the first season, and we’re attacking it in our second season. I’m looking forward to hopefully continuing our progress and creating more magic moments together.”

Frank had only signed a three-and-a-half-year contract extension in January, but the club have reaffirmed their commitment to him with fresh terms.

Since taking charge in October 2018, the former Brondby IF manager has won 92 of his 208 games, boasting 1.59 points per match. He was nominated for Premier League manager of the season following his side’s performances last term.

“I’m sure I speak for everyone at Brentford when I say that I am very pleased that we have agreed this new contract with Thomas,” director of football Phil Giles added.

“It is well deserved following some excellent results and performances in the last 18 months. Thomas has a detailed knowledge of the game, but just as importantly is able to inspire the players and build strong relationships with our staff.

“He has proven himself to be a Premier League-level head coach but retains an open-mindedness to keep learning and improving himself.”

He will be keen for his side to build on the memorable win when they host Tottenham Hotspur at the Gtech Community Stadium on Boxing Day.