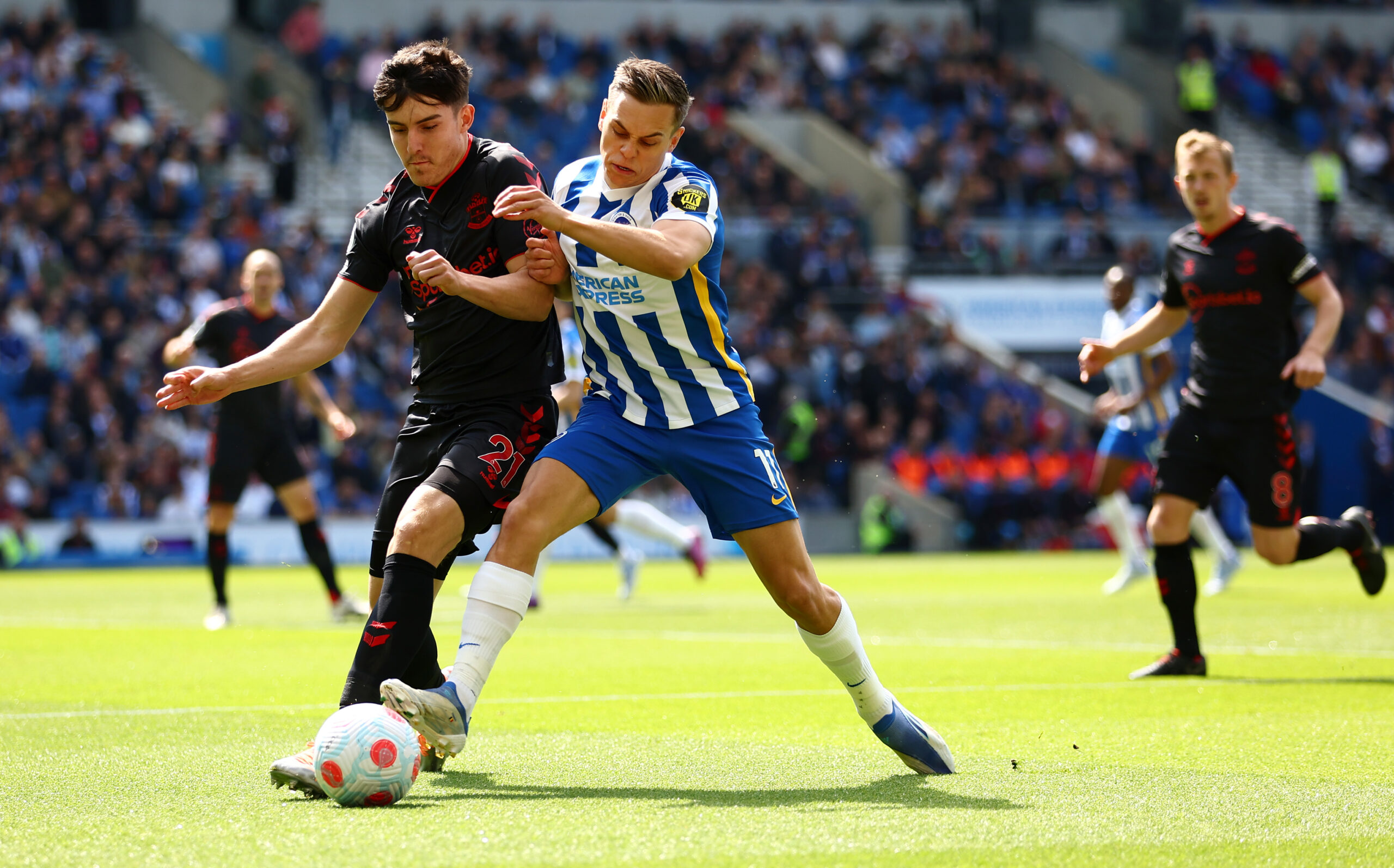 Premier League action returns to St Mary’s after the Qatar World Cup as Southampton and Brighton & Hove Albion face each other in an exciting Boxing Day clash.

Having won a measly 20% of their opening 15 Premier League fixtures (W3, D3, L3), the Saints entered the mid-season break stuck in the relegation zone, albeit with a new manager at the helm.

Ralph Hasenhuttl’s miserable four-year managerial stint at Southampton came to a halt in November after he failed to steer his team outside the lower reaches.

New boss Nathan Jones failed to pass his touchline-debut test with flying colours as the Saints succumbed to a somewhat expected 3-1 defeat at Liverpool despite scoring within the opening ten minutes.

Jones will hope to turn his fortunes around when he makes his managerial bow in front of the St Mary’s home faithful, with room for error narrowed down to a minimum.

With safety two points away, it’s not yet a ‘make or break’ situation for Southampton, but an underwhelming three-game losing league streak puts Jones under much pressure.

Brighton could make things awkward for the Saints, even though they slipped to a shocking penalty shootout loss to third-tier Charlton in midweek Carabao Cup action.

His team lost 2-1 to Aston Villa at home on the stroke of the World Cup break, losing further ground on the European spots, which looked reachable during Potter’s stellar tenure.

Enjoying themselves on Boxing Day, Southampton have only lost once in their last ten league matches on this day (W7, D2), suffering a 5-2 defeat to Tottenham Hotspur in 2017.

Moreover, the Saints are unbeaten in six Boxing Day contests (W4, D2) since losing to Chelsea in 1999, which will likely inspire their hopes of maintaining a phenomenal H2H run against Brighton.

Indeed, except for a 2-1 home defeat in March 2021, they have gone undefeated in nine of their last ten Premier League encounters against the Seagulls (W3, D6).

However, they have ominously won none of their last six away league matches on Boxing Day (D1, L5) since overcoming Norwich City in 2002, casting doubt on their faint hopes of reigniting a stuttering top-six bid.

On a more positive note, the Seagulls have never lost a Premier League game away to Southampton, racking up one win and five draws across their six previous visits to St Mary’s in the competition.

Southampton vs Brighton, alongside all other fixtures in England’s top flight, is available to watch online via live Premier League streams.

Both teams underperformed in November, but Brighton’s form woes have stretched beyond the World Cup break, as witnessed by their lacklustre showing at Charlton on Wednesday.

Despite Southampton’s embarrassing start to the season, we back Jones to claim three points in his maiden Premier League match at St Mary’s.