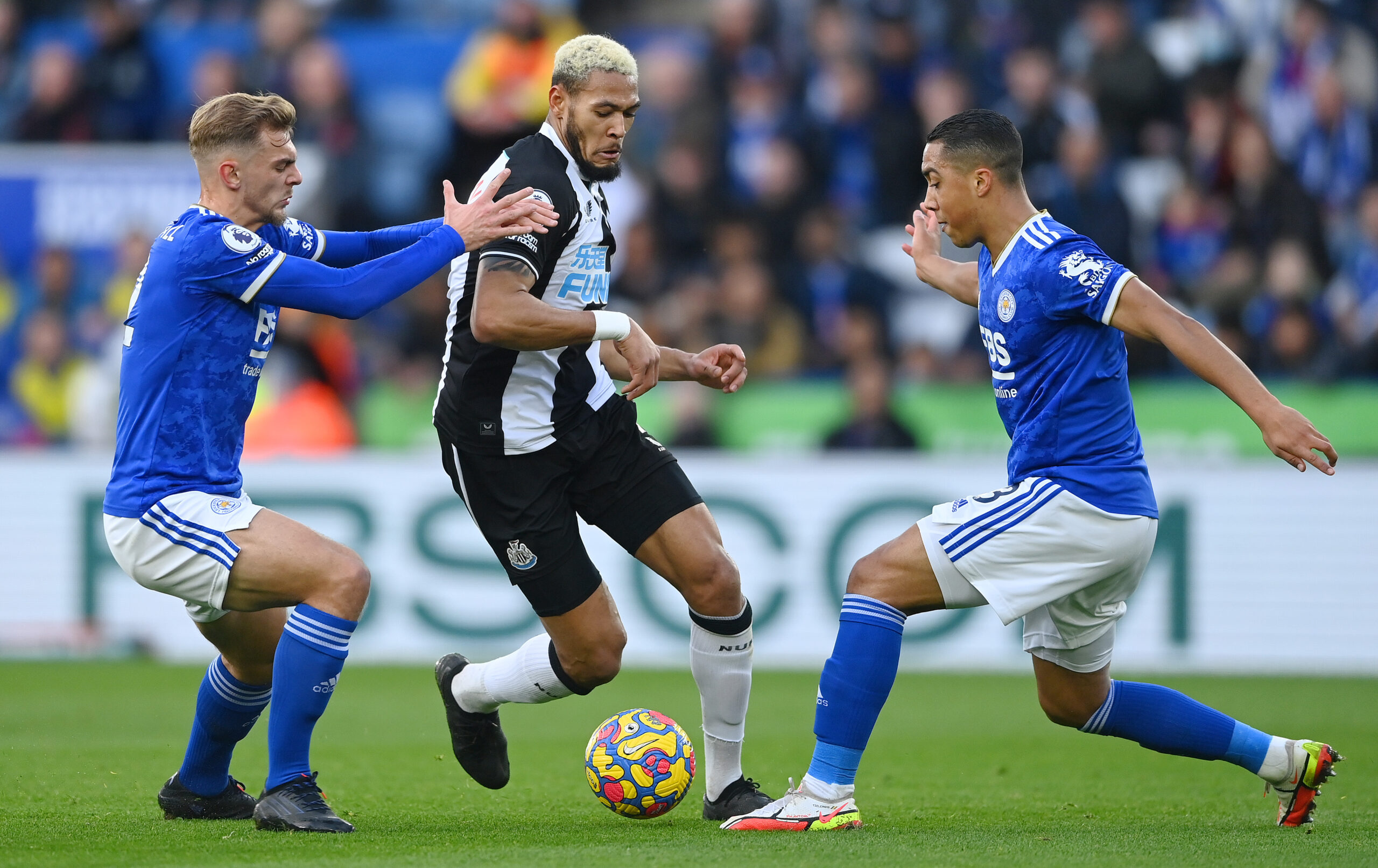 Brendan Rodgers will take charge of his 300th Premier League game when his Leicester City side play host to Newcastle United at the King Power Stadium on Boxing Day.

The Foxes have moved on from their disastrous start to the season by winning four of their last five Premier League games, losing only to Manchester City in that run while keeping clean sheets across their four wins.

They rounded up club competitions with a comprehensive 3-0 win over League One side Milton Keynes Dons in the Carabao Cup fourth round before the World Cup break, with Youri Tielemans, Ayoze Perez, and Jamie Vardy getting on the scoresheet.

Rodgers was on the edge at the start of the season, but he has steered his side out of the relegation scrap, and the Foxes currently sit in 13th place on the Premier League table, four points off 18th-placed Nottingham Forest.

Following the international break, Rodgers’ refreshed Leicester side will be looking to build on their recent success, but a tricky tie against another in-form side in Newcastle lies ahead.

Eddie Howe’s men have been the feel-good story of the Premier League thus far. They have lost just one game and are sitting in third place, two behind reigning champions City and seven behind league leaders Arsenal.

In preparation for the return to domestic action, Newcastle won both of their mid-season friendlies, recording a thumping 5-0 win over Saudi-based club Al-Hilal before seeing off La Liga side Rayo Vallecano 2-1.

They continued their winning ways by seeing off Bournemouth 1-0  in their Carabao Cup fourth-round tie courtesy of an own goal from Adam Smith despite their dominating display.

With that win, the Magpies have won an astonishing seven games on the bounce across all competitions, nine if you add the friendlies, and they will be looking to build on their impressive form with a positive result at the King Power.

Leicester’s revival began with a riotous 4-0 win over newly promoted Forest back in October. Although they lost the subsequent game to Bournemouth 2-1, the Foxes have won six of their last eight games in all competitions (D1, L1).

A win on Monday will see the Foxes win three consecutive league games for the first time since January 2021.

Leicester’s newfound defensive resilience have also seen them keep a clean sheet in seven of their last eight games. But their solidity will be tested on Monday as only Man City, Arsenal and Tottenham Hotspur have scored more goals than the Magpies.

Leicester did not always have the best luck facing the Magpies. They won just three of their first 17 Premier League meetings with Newcastle (D5, L9), but they seem to have cracked the code after winning nine of their last 13 such meetings (L4).

While their recent record against Newcastle is impressive, the same cannot be said for their Boxing Day encounters, with Leicester winning just one of eight such games (D1, L6) since returning to the Premier League in 2014.

Newcastle have won two of their last three league games against Leicester (L1), so there should be plenty of optimism for a positive result on Monday.

However, Eddie Howe’s awful Boxing Day record could prove to be Newcastle’s Achilles heel as only Claudio Ranieri and Graeme Souness (seven each) have managed more Premier League games on Boxing Day without ever winning than the Newcastle boss (5 – D3, L2).

Newcastle’s rotten Boxing Day luck stretches far back before Howe arrived at St James’ Park. They have lost their last six such league games since beating Stoke City 5-1 in 2013, with only Walsall losing more consecutively on the day in the top four tiers of English football (7 between 1949 and 1957).

A chance to end such an unwanted record could not have come at a better time for both Howe and Newcastle, as the Magpies are currently on their longest winning streak in the league (5). They last won six in a row in the top flight in 2012 under Alan Pardew.

With two in-form sides locking horns, this mouth-watering clash has everything it needs to deliver a highly contested, end-to-end game.

From Leicester’s resurgence to Newcastle chasing a place in Europe, it is difficult to call a winner, but we back the Magpies to slightly edge the Foxes.