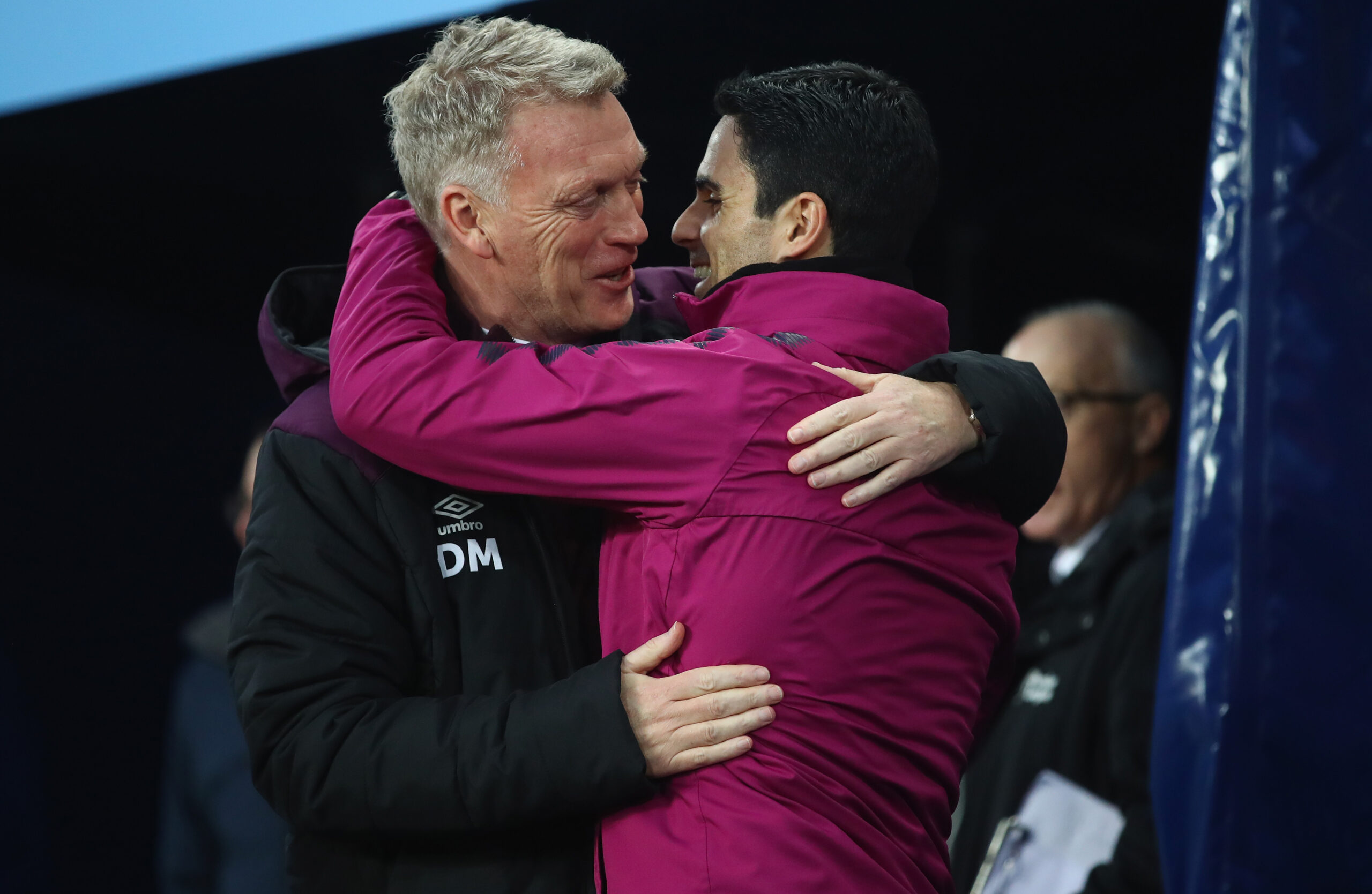 It’s been a dream Premier League start for Arsenal, who enter their mouth-watering all-London Boxing Day showdown against West Ham United as table-toppers.

Except for a 3-1 away defeat to Manchester United in September, Mikel Arteta’s high-flyers have gone unbeaten in their remaining 14 league matches this season (W13, D1).

Before the World Cup break curtailed their momentum, the Gunners had won three consecutive top-flight games without conceding to seize the Premier League top spot at Christmas for the first time since 2007/08.

However, Arsenal cannot afford to rest on their laurels if they’re to maintain their hopes of lifting the title for the first time since the famous 2003/04 season.

With defending champions Manchester City lagging only five points behind, Arteta’s men cannot take their eyes off the ball for a millisecond, even though handling out-of-sorts West Ham shouldn’t be a big deal.

Despite another lucrative recruitment campaign in the summer, David Moyes’ men are starring down the barrel of another scary season, as was the case in 2020/21.

Last season’s seventh-place finish already looks beyond reach, with the Hammers joining the festive period only one point clear of the relegation zone after a woeful run of form before the mid-season break.

The World Cup hiatus came to Moyes’ rescue as his men were on a three-match losing streak in the Premier League, including an embarrassing 2-0 home defeat to fellow bottom-half strugglers Leicester City last time out.

After years of suffering, the Emirates faithful has finally seen Arsenal turn their home ground into a fortress again, with the Gunners winning all six Premier League home fixtures this term by an aggregate score of 19-7.

Spanning back to the tail-end of the 2021/22 season, the north London heavyweights have won their last nine home league outings in a row, bolstering their bid to win their first seven home games of a new top-flight season for only the fourth time in the club’s history.

Enthusiasm is skyrocketing in Arteta’s corner these days, and Arsenal’s outrageous streak of ten consecutive Premier League home triumphs on Boxing Day can only add to the Spaniard’s optimism.

Except for a hard-fought 1-0 victory at Aston Villa in late August, West Ham have gone winless on their six remaining Premier League road trips this season (D1, L5), averaging just 0.33 goals per game in the process.

By extension, the Hammers have found themselves on the losing side on 12 top-flight travels in 2022, accounting for their worst defeats tally on the road in a single calendar year since 2013.

It’s almost impossible to back Moyes’ underachievers to pick themselves up at the Emirates Stadium, considering they’ve only won two of their last 28 Premier League showdowns against Arsenal (D5, L21).

Arsenal vs West Ham United, alongside all other fixtures in England’s top flight, is available to watch online via live Premier League streams.

Based on how both sides fared before the World Cup break and Arsenal’s formidable recent H2H run against the Hammers, we have no other option but to back the Gunners to maintain their stellar domestic season.

Arteta may not be able to call upon the services of Gabriel Jesus through injury. But the Premier League pacesetters have the tools to unlock what will likely be Moyes’ defensively-minded set-up.

Moyes is unlikely to abandon his conservative approach in high-profile matches, which has seen the Hammers fail to score against Man City, Man Utd and Liverpool this term.