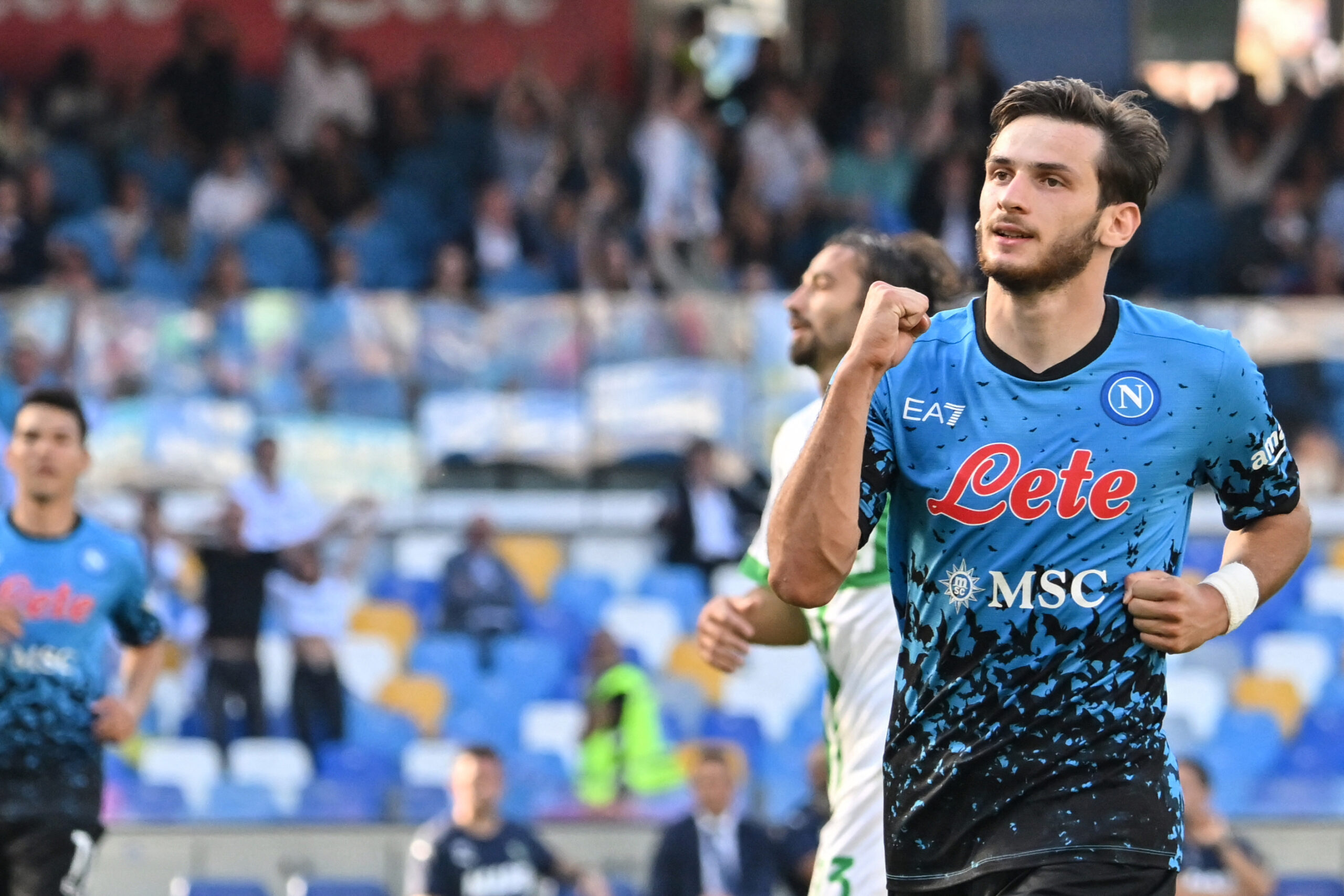 Napoli’s exciting winger Khvicha Kvaratskhelia will sign a new contract with the club early in 2023, according to Gazzetta dello Sport.

Napoli initially signed Kvaratskhelia on a deal until 2027 from Dinamo Batumi for a reported €12 million fee, but will extend it by a further year.

Kvaratskhelia has arguably been the best player in Serie A this season and has carried that excellence to the Champions League. The 21-year-old is a mesmerising dribbler with plenty of end-product at the end of his mazy runs.

The Georgian has six goals and has created eight big chances in the league. He has two goals and three assists in the UCL.

The relationship between Kvaratskhelia’s agent Mamuka Jugheli and Napoli’s sporting director Cristiano Guintoli is good. The pair are reportedly always in contact, and there is interest from both parties to extend.

They know the importance of developing his talent. Both parties do not want Kvaratskhelia to play under any uncertainty or fears.

There are big guns in the Premier League and Europe keeping an eye on him. While it is tempting to move, Kvaratskhelia is only 21 and needs to focus on his development.

However, Kvaratskhelia is keenly focused on the Partenopei and wants to continue with the club for the foreseeable future.

Jugheli and Guintoli will hold talks early in January to finalise the deal. This meeting will help thrash out all the final details.

Kvaratskhelia currently earns around €1.2m per year, and there is an expectation that that figure will double.