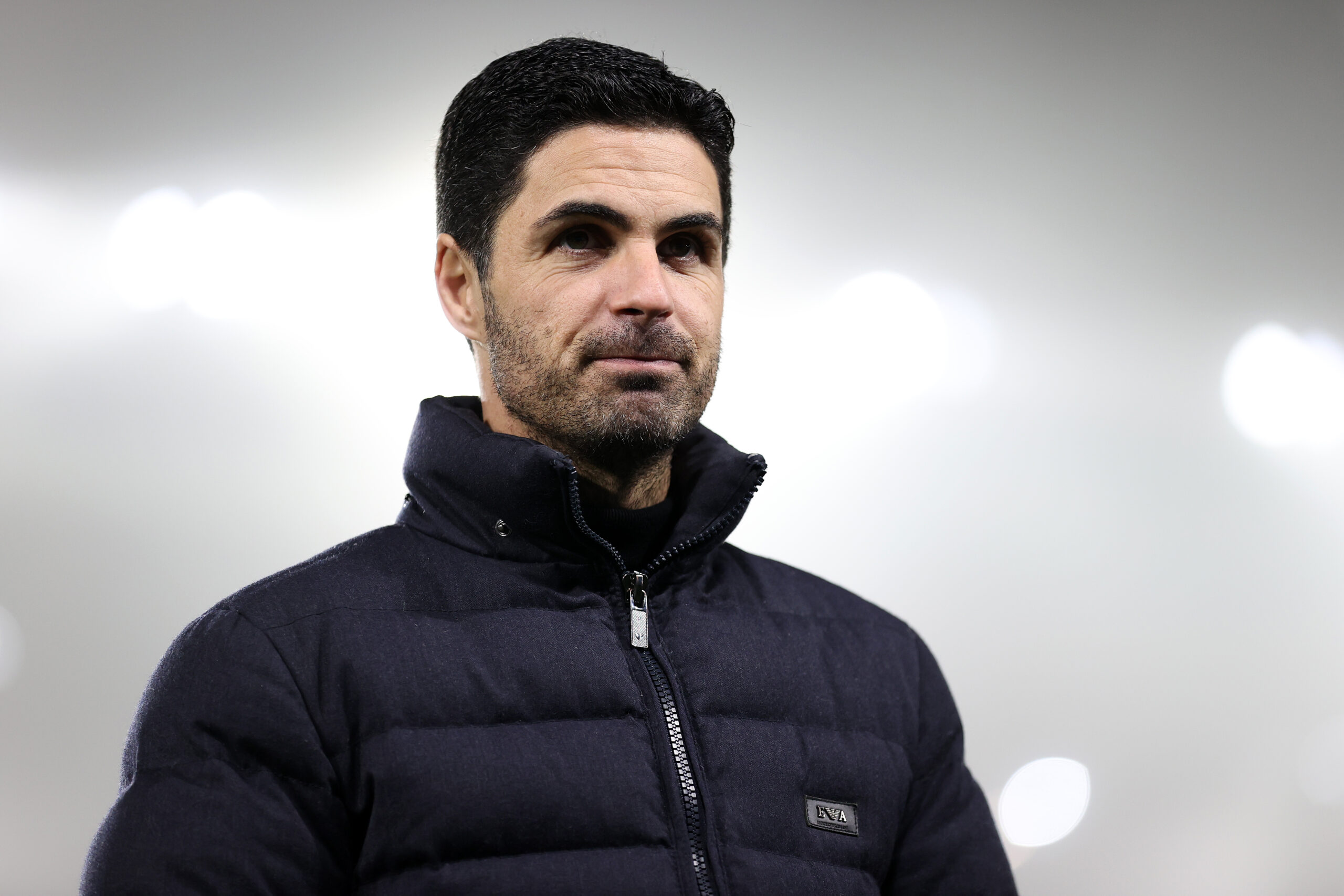 Mikel Arteta has reviewed his three-year spell as Arsenal’s manager in an exclusive interview with Jamie Carragher on Sky Sports’ Monday Night Football.

The Spaniard took up his maiden head coach role with the Gunners in December 2019 following a three-year stint as an assistant manager at Manchester City.

He initially had a difficult task with the club lying in mid-table, but managed to guide them to an eighth-place league finish in his first season while winning the FA Cup.

“The club was in a really difficult place,” Arteta said. “Then you see the people sitting around you – the owners, Edu, Vinai (Venkatesham) was involved – so convinced that you are the right person. I said, ‘Okay, I might have to believe that I am’.”

“After two months in the job, COVID hit and we had to stop everything, so to generate any connection & cohesion & atmosphere around the players, it was extremely difficult, but winning trophies, I think it gathers everyone together.”

Over the past two years, there has been a major overhaul of the squad with several high-profile names heading for the exit door including Mesut Ozil and Pierre-Emerick Aubameyang.

When pressed on this, the 40-year-old tactician revealed that it was a necessity for the Gunners as they were in need of players that could be at their best in their respective positions.

He added: “I could feel with certain players playing in certain positions the way I wanted to play, it wasn’t going to work out. We made those decisions as a coaching staff to try to get the players in areas that they could be at their best.”

“I think the squad wanted to evolve to another level and be more dominant and have more resources in the final third to attack and to score more goals. We needed to make that change.”

Arteta added to give Granit Xhaka as a firm example. The Spaniard heaped praise on his former Arsenal captain, who has adapted to a more creative midfield role this term.

He said: “He took it straight away. He’s a very intelligent player, he came to pre-season fitter than ever, slimmer than ever, and he knew that if we wanted to take the team to a different level we had to change his role. He knew that was coming.”

The Gunners boss went on further to say that the club have made better progress than initially planned and they now face ‘something unprecedented’ with an unexpected Premier League title race.

“I put a plan of five different phases for the club, where we are comparing to the rest of the teams, the timeline, and everything we have to hit in every phase,” Arteta said. “We are ahead.”

“We have the confidence that we’re on the right path. We also have all the red lights and alarms because of what is coming in the second part of season. It’s something unprecedented & we need to be ready for it.”

Arsenal are currently five points ahead of Manchester City at the top of the league standings after 14 games into the season. They face a difficult challenge to stay ahead of Pep Guardiola’s men.

The hierarchy should back the manager with funds with the chance to win the league. A winger is the top priority but the club also need another marquee striker as well as a defensive midfielder.