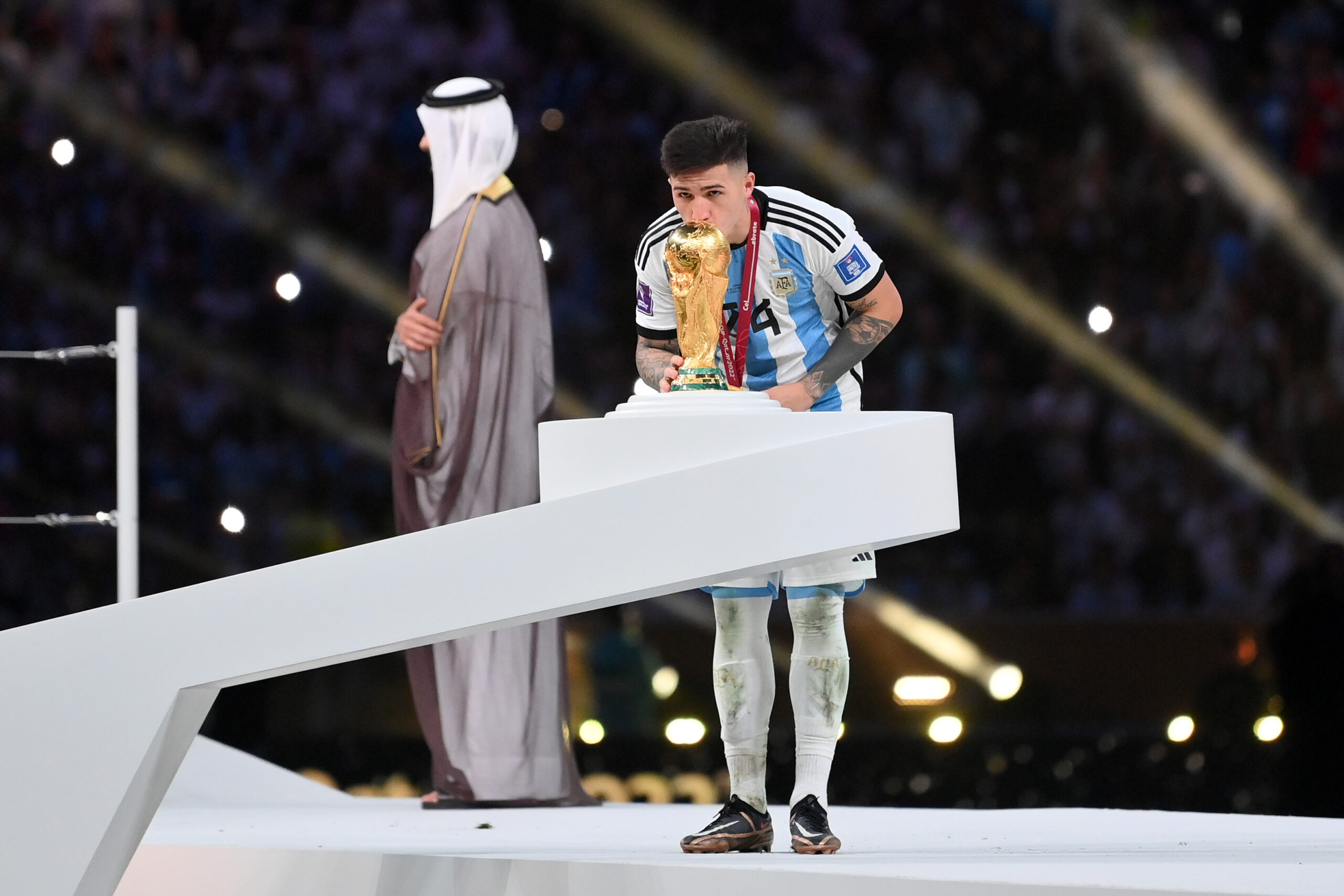 Benfica have rejected an offer worth €100 million from an unnamed club for Enzo Fernandez, according to a report from the Portuguese outlet Record.

Fernandez is one of the hottest properties in Europe after helping Argentina win the World Cup in Qatar. He was eventually named the best young player of the tournament.

The 21-year-old was snapped up by Benfica from River Plate last summer for around €20m amid competition from top clubs.

His value appears to have increased stratospherically following his spectacular World Cup campaign in Qatar.

A host of European giants, including Liverpool, Real Madrid, Newcastle United and Barcelona, have been credited with an interest in Fernandez.

However, Benfica insist they are unwilling to listen to offers below €120m and are not considering the sale of their prized asset in January.

Liverpool and Madrid are reportedly the favourites to sign the Argentine if he leaves the Portuguese giants.

Both clubs are ready to splash the cash for the LA Albliceleste youngster, but they may have to wait until next summer for the opportunity.

The Reds could turn their attention towards Fiorentina midfielder Sofyan Amrabat as an alternative for January.

The Moroccan midfielder was one of the standout performers in the World Cup, as he was instrumental in his side reaching the semi-finals.

With his contract at Fiorentina expiring at the end of the season, Amrabat is not interested in renewal as he wants to take the next step in his career.

Los Blancos are not planning for any major reinforcements in January, but they are keen to add either Fernandez or Jude Bellingham next summer.

Bellingham remains a long-term target for the Merseysiders, but Madrid are looking to throw a spanner in the works.