What does 2023 hold for Kylian Mbappe? 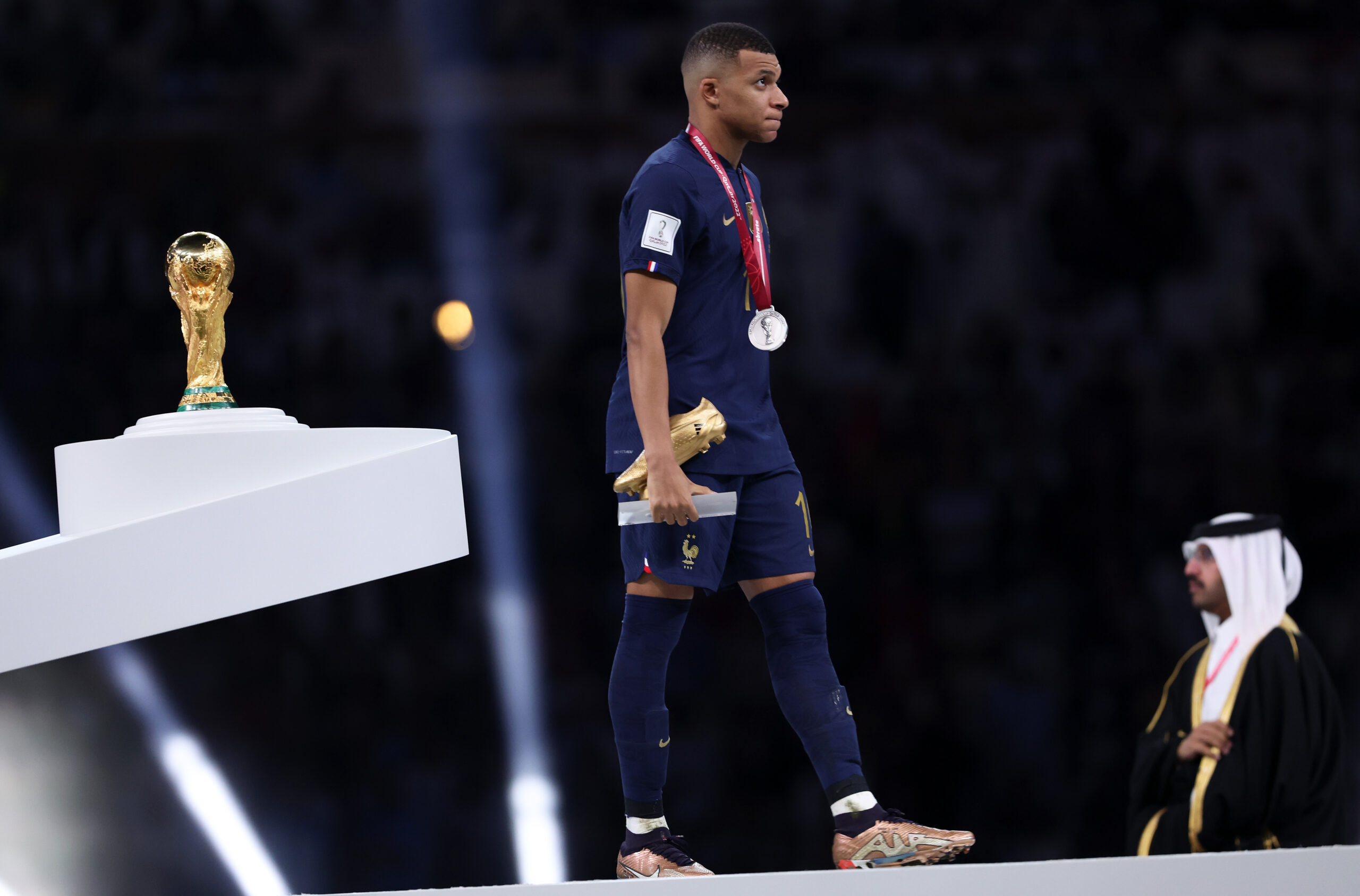 Stars may have finally allied to hand Argentina icon Lionel Messi a well-deserved World Cup crown. Yet Kylian Mbappe has no reason for frustration despite losing to his club teammate in Sunday’s final.

One of the most eye-catching World Cup finals in the tournament’s history favoured Messi as La Albiceleste dethroned France on penalties despite Mbappe’s utmost effort to spoil La Pulga’s celebration party.

The 24-year-old Paris Saint-Germain superstar became only the second player to score a hat-trick in the World Cup title decider on his way to beating Messi to the tournament’s Golden Boot.

With eight goals to his name, one of the highest-paid footballers in the world took Qatar by storm, even though his bid to become the youngest two-time winner since Pele in 1962 suffered a heartbreak.

And while Messi’s long-awaited triumph at international football’s biggest stage helped him bypass the legendary figure of Diego Maradona in the GOAT conversations, Mbappe has become the man to pick up that mantle.

There’s no longer a shred of doubt that the Frenchman is an undisputed flag bearer as Messi’s successor in the beautiful game. This guy is simply unreal.

The future is bright for Mbappe, but he needs to shrug off the stress of his near-miss at immortality and shift his focus toward upcoming challenges with PSG.

With Les Parisiens seemingly waltzing away with a record-breaking 11th Ligue 1 title, Christophe Galtier’s men will likely turn their attention to mounting a title challenge in the Champions League.

Now led by Galtier’s iron fist, the French heavyweights are hellbent on taking home the coveted ‘Big Ears’ this term, yet they’ll have to navigate a mouth-watering last-16 tie against Bayern Munich first.

Mbappe, alongside Messi and Neymar, will be of paramount importance to PSG’s bid to dispatch Julian Nagelsmann’s side in February and avenge a painful 1-0 defeat in the 2019/20 showpiece.

Unlike his two abovementioned teammates, the French speed demon has yet to wrap his hands around the Champions League trophy, underlining his lofty ambition to lead PSG to continental glory this season.

It could also be Mbappe’s final attempt to win the Champions League with Les Parisiens, with rumours linking him with a blockbuster switch to Madrid continuing to make the headlines.

Los Blancos’ bigwig Florentino Perez seemed on the verge of luring the quicksilver forward to Spain last summer before the Frenchman performed a late U-turn on his future, committing to Paris instead.

However, there’s growing optimism that Mbappe’s long-term future lies at the Santiago Bernabeu, where he would have all the means to fulfil his God-given talent.

No stranger to shattering world-record transfer fees, Perez is reportedly assembling a megabucks offer to take the World Cup runner-up away from his homeland in the summer of 2023.

Let’s see if he can get the deal over the line.