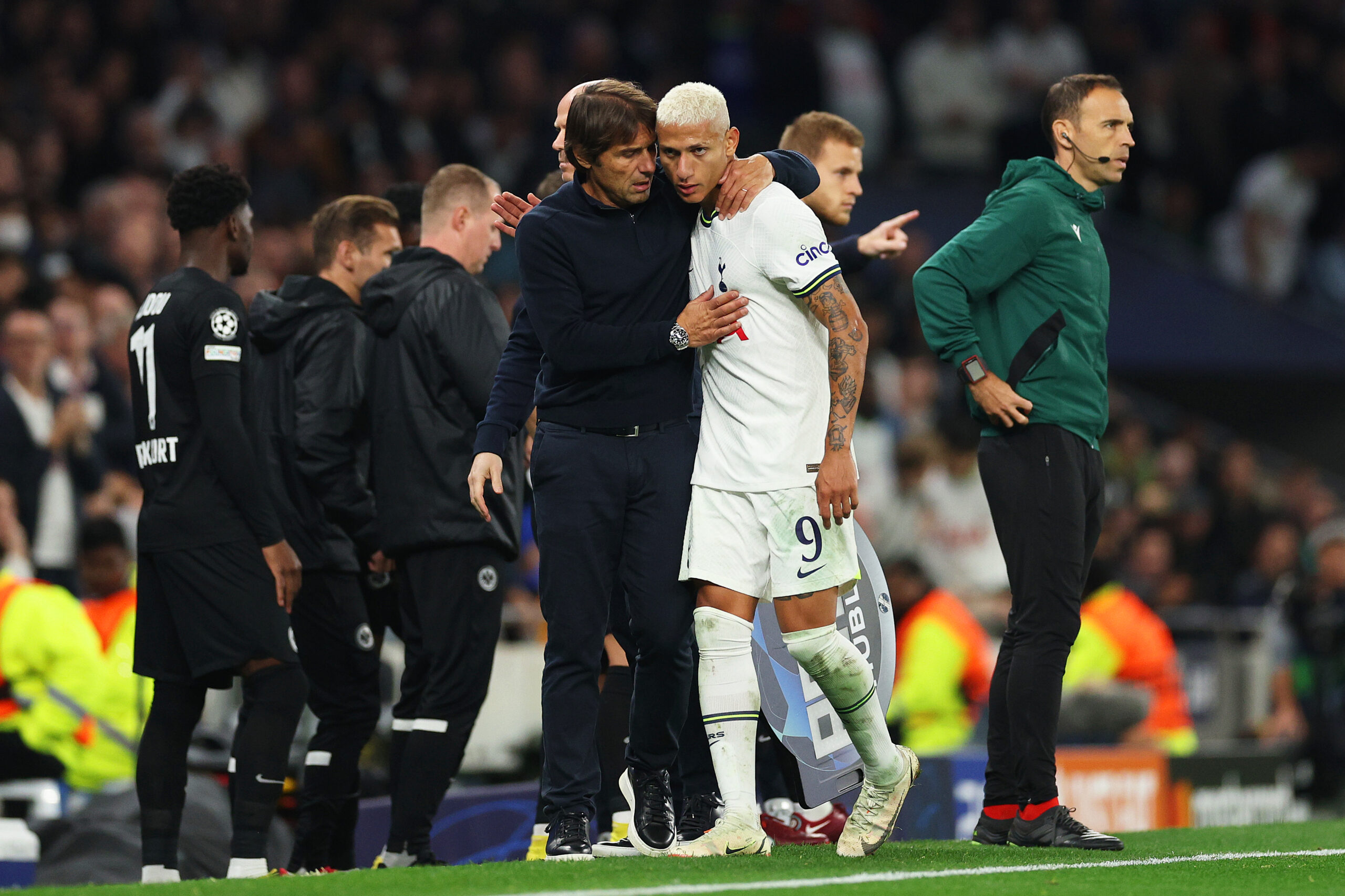 Tottenham Hotspur manager Antonio Conte has issued an update on Richarlison, who suffered a hamstring injury with Brazil during the World Cup.

The 25-year-old was a pivotal part of Tite’s squad during the early stages of the campaign, scoring three goals, including two potential goal-of-the-tournament contenders.

However, his campaign was cut short when he pulled up in the 84th minute of Brazil’s quarter-final game against Croatia before being replaced by Pedro.

Richarlison was initially supposed to be sidelined for a month, but he will now have a scan on his hamstring to determine the extent of the problem.

Conte told SPURSPLAY (via Evening Standard): “For Richy, he’s going to have an MRI to know the importance of the injury. After tomorrow we will see very well the time he needs to recover.”

Richarlison is yet to open his Premier League account for Spurs since his big-money move from Everton last summer, but his absence from the team will be felt.

The Brazilian was one of three players to return from Qatar with fitness concerns, including Wales defender Ben Davies and Uruguay’s Rodrigo Bentancur.

However, Conte confirmed that the latter pair will be fit to return to action soon. “Ben is okay and started to work with us last week – he has recovered,” Conte added.

“Rodrigo has started to work. I think that he’s going to be good for the game against Aston Villa.”

While Richarlison awaits his prognosis, Conte’s men prepare to return to Premier League action with a Boxing Day visit to Brentford.

Despite their drop in form, Spurs rallied to a 4-3 victory over Leeds United before the international break, with recovering duo Davies and Bentancur getting on the scoresheet.

Looking to preserve their place in the top four, they will need to build on the Leeds triumph when they travel to the Gtech Community Stadium to take on Thomas Frank’s side.