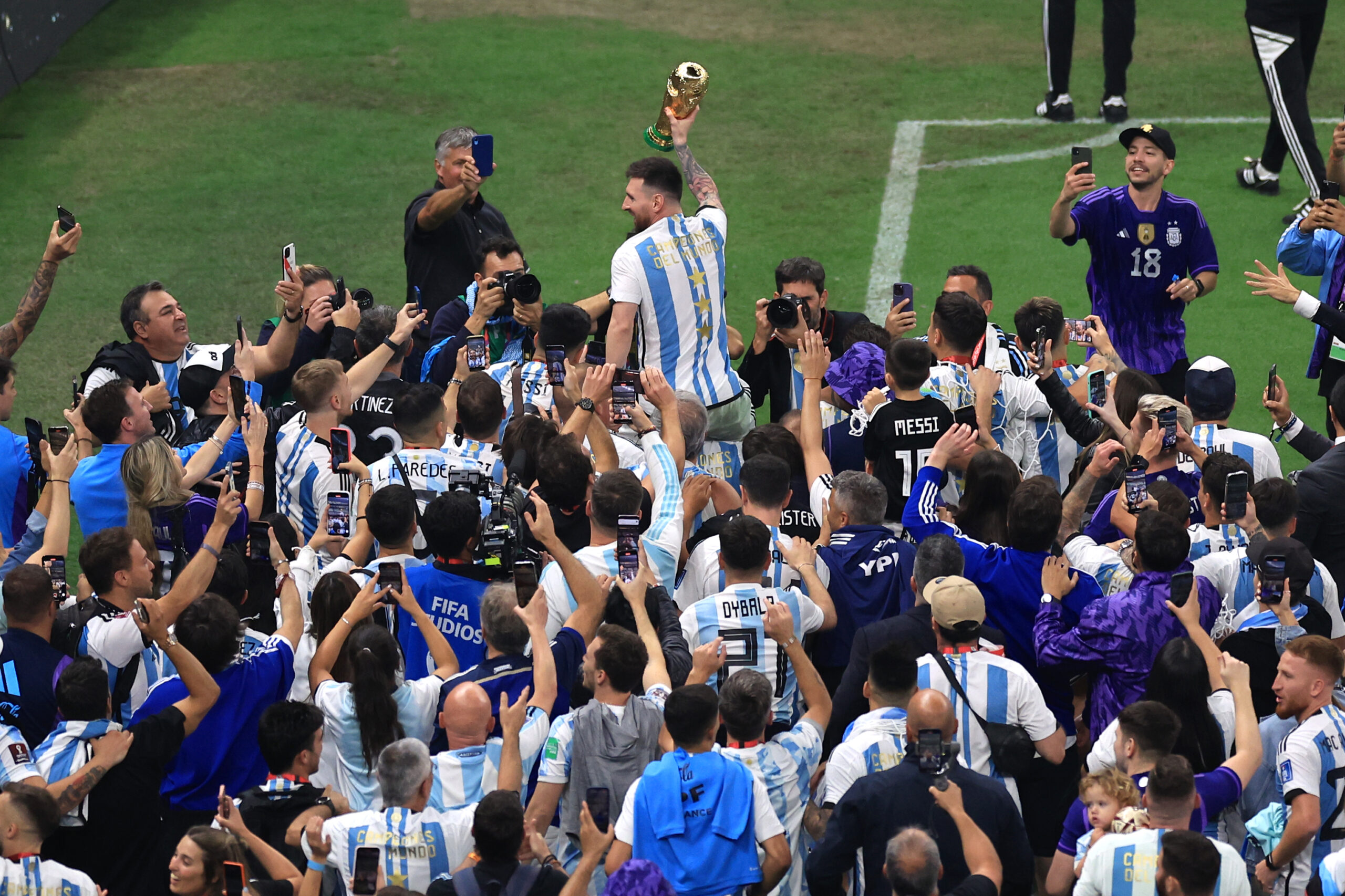 The 2022 World Cup in Qatar concluded with Argentina claiming the title courtesy of a thrilling penalty shoot-out victory over France at the Lusail Stadium on Sunday.

From a football perspective, the tournament delivered plenty of memorable moments, sparking talk that this won’t be the last time it is moved from its traditional slot in June and July.

With the dust now settling on the World Cup, we look at some of the key statistics, records and facts from football’s top international tournament.

Fox Sports cut away from Argentina’s trophy presentation due to a clash with the NFL broadcast schedule, highlighting where ‘soccer’ lies in the pecking order in North America.

The extra time and penalties certainly ate into whatever buffer time they had, but one would suspect if the roles were reversed, the Super Bowl isn’t getting switched for a World Cup game.

However, Fox’s obsession with egg-shaped ball sports wasn’t shared by the rest of the world, with the viewership for the final expected to top the 1.12 billion people that watched the game in 2018.

While Twitter faces an uncertain future following Elon Musk’s takeover, that hasn’t stopped football fans from flooding onto the platform during the World Cup.

There were 147 billion global impressions about #WC2022 – numbers that indicate Twitter may not be going down the pan just yet.

FIFA’s decision to award the World Cup to Qatar was widely criticised due to the country’s questionable record regarding human rights and other issues.

That didn’t stop global brands from pumping huge amounts of cash into the governing body’s coffers, with sponsorship income for Qatar 2022 generating more than $1.35 billion.

In the pre-final press conference, Gianni Infantino announced that FIFA’s revenues are expected to jump from $7.5bn in the current World Cup cycle (2018-22) to $11bn in the four years to 2026.

Increasing the number of teams from 32 to 48 for the next edition in the United States, Canada and Mexico will undoubtedly help the FIFA president’s forecast come true.

Top clubs rake in the cash

FIFA have distributed £169 million to clubs based on the number of players they sent to the World Cup and how deep into the tournament they played.

Manchester City received £4.5m for having 16 players in Qatar – more than any other club in the world.

Morocco were THE on-pitch story at the World Cup, becoming the first African team to progress to the semi-finals before being defeated by France.

However, having defeated Belgium, Spain and Portugal on their way to the last four, Morocco have plenty of reasons to feel proud about their achievements in Qatar.

However, he blew a golden opportunity to take the outright lead on 54 goals by blazing a penalty over the bar against France in the quarter-final.

Mbappe loses out despite final treble

France star Kylian Mbappe was anonymous for large parts of the final against Argentina before dragging his team back into the game with a hat-trick.

His final eight-goal tally helped him secure the Golden Boot award but was not enough to lead France to a second successive World Cup success.

Lionel Messi finally settled the greatest of all time (G.O.A.T.) debate by adding a World Cup title to his glittering list of career achievements.

His longevity at the top level in club football puts him ahead of other potential G.O.A.T. candidates – a first World Cup success settles the argument once and for all.

FIFA paid $488m to the 32 teams in Qatar – the highest amount of money ever shelled out at a single World Cup tournament.