Messi, Mbappe and more – 2022 World Cup Team of the Tournament 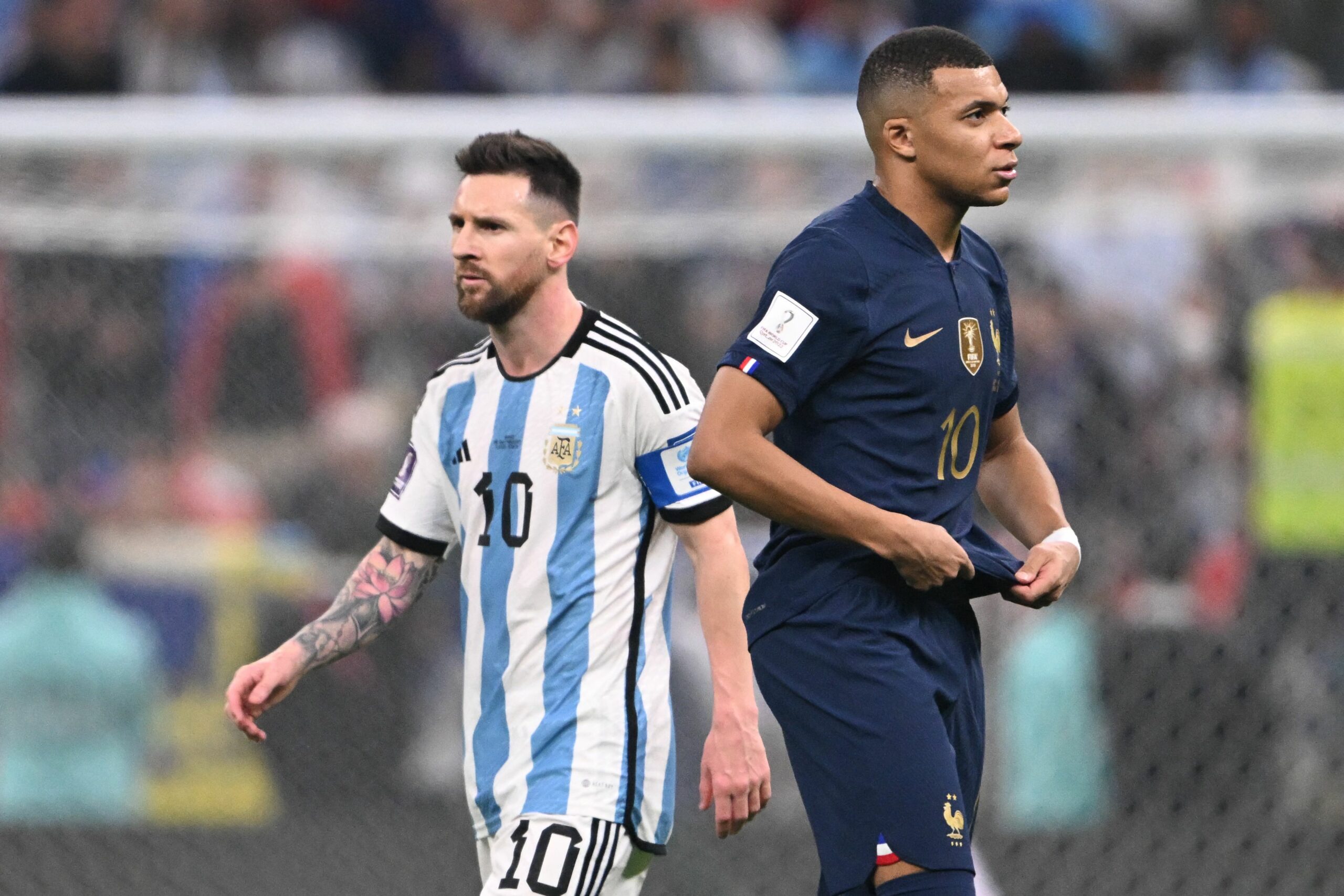 After four weeks and 64 matches of non-stop action, the World Cup has finally reached its conclusion.

It’s difficult to think of a more fitting end to the tournament. Following a thrilling encounter between Argentina and France, Lionel Messi finally got his hands on football’s ultimate prize.

But the competition wasn’t all about Messi, with several other players making a huge impact in Qatar. Here is our best XI from the 2022 World Cup.

Emiliano Martinez (GK) – For a while, penalty shoot-outs seemed to be Argentina’s curse. During their 28-year trophy drought from 1993 to 2021, they exited six competitions on spot-kicks – with three of these coming in Copa America finals.

But their luck has turned in the last two years, winning their last three shootouts. Emiliano Martinez has been a key part of this, denying the likes of Virgil van Dijk, Steven Berghuis, and Kingsley Coman from the spot.

Furthermore, he kept three clean sheets throughout the tournament, and made a crucial save in the dying seconds of the final to keep out Randal Kolo Muani’s goal-bound effort. Without the Aston Villa man, who knows where Argentina would be?

Achraf Hakimi (RB) – Morocco were undoubtedly the best underdog story of the World Cup. Having been widely predicted to depart in the group stage, they became the first African side to reach the semi-finals, defeating three of the favourites along the way.

Achraf Hakimi was essential to their inspiring run. Defensively, he had an answer to almost every winger he faced, and provided plenty of attacking threat down the other end. His assist for Youssef En-Nesyri in their victory over Canada will be remembered as one of the best passes of the tournament.

Romain Saiss (CB) – Alongside Hakimi is teammate Romain Saiss. The captain’s battling performances encapsulated the heart and spirit that took the Atlas Lions to the final four.

Their rock-solid defence was what took them to the semi-finals. In their first five outings, they kept four clean sheets, while their only goal conceded was an own goal.

Unfortunately, Saiss was substituted in the first half of the semi-finals with an injury. Perhaps things would have been different had he stayed on the pitch.

Josko Gvardiol (CB) – Ahead of this World Cup, Josko Gvardiol was one of a few youngsters expected to shine. It’s safe to say he didn’t disappoint.

Aside from one moment against Messi in the semi-final, the 20-year-old was near unbreakable at the heart of Croatia’s defence. And he capped off his campaign with his first World Cup goal, netting the opener in the third-place play-off victory against Morocco.

Theo Hernandez (LB) – When Lucas Hernandez went off injured after just 13 minutes in France’s opening game against Australia, it was up to brother Theo to fill the void. Not only did he step in admirably, but he had a fine tournament.

He picked up an assist for Adrien Rabiot in his first outing, and followed this up with another assist for Kylian Mbappe in the next game. His campaign peaked in the semi-finals, when he bagged the opener and kept a clean sheet to help Les Bleus to the final.

Sofyan Amrabat (CM) – We’ve already spoken a lot about Morocco already in this article, but it’s impossible not to give a mention to Sofyan Amrabat. The midfielder had a massive hand in their defensive solidity, providing the perfect protection for the back four.

Together with midfield partner Azzedine Ounahi, Amrabat was part of a duo that was difficult to get the better of. The Fiorentina man ran relentlessly, put everything into every tackle, while also displaying his ability on the ball.

The Brighton & Hove Albion man became an unlikely hero for the South American outfit with several impressive performances. He scored a vital opening goal against Poland in the group stages, and recorded an assist for Angel Di Maria in the final.

Antoine Griezmann (CM) – In each of France’s recent runs to the final, Antoine Griezmann has been one of their most important players. He won the Golden Boot at the 2016 European Championships, scored four at the World Cup in Russia, and was once again a star this time around.

Everyone knows about his attacking threat, which was on display for all to see in Qatar. He assisted three goals, making him the competition’s joint-best playmaker.

But it was the other aspects of his game that earned him so much praise. Defensively, he was also magnificent, often popping up in his own box to make a crucial tackle or interception.

Lionel Messi (RW) – To call him ‘the man of the moment’ would be an understatement – he’s the man of the last 15 years. And now, his career is complete. After countless heartbreaks on the international stage, Lionel Messi has finally won the World Cup – and he did it in style.

The 35-year-old was awarded the Golden Ball for his performances, and few could argue that it wasn’t deserved. He found the net in every stage of the competition – including a brace in the final – while also finishing joint-top of the assists charts. This took him up to a tally of 21 direct goal contributions in World Cups – an all-time record.

Julian Alvarez (ST) – It was close between Julian Alvarez and France’s Olivier Giroud for this spot. The latter had a memorable campaign, becoming Les Bleus’ record goalscorer.

However, the Argentinian sneaks in having performed better in the final. Alvarez was the joint-third top scorer of the World Cup with four, scoring a brace in the semi-final against Croatia and strikes against Poland and Australia.

Kylian Mbappe (LW) – Having burst onto the scene as a teenager four years ago, Kylian Mbappe was back again to take the World Cup by storm. And he wasted no time in making an impression, scoring five and assisting two in his first four appearances.

After somewhat quieter performances against England and Morocco, the French superstar dragged his side back into contention for the trophy with a hat-trick in the final against Argentina. At just 23 years of age, he has now scored more goals in World Cup finals than anyone in history, overtaking Pele, Vava, Zinedine Zidane and Geoff Hurst.

Meanwhile, his total of eight goals was enough to earn him the Golden Boot and the Silver Ball. These prizes may come as little consolation for France’s penalty shoot-out heartbreak, but there is no denying that Mbappe had a phenomenal tournament.