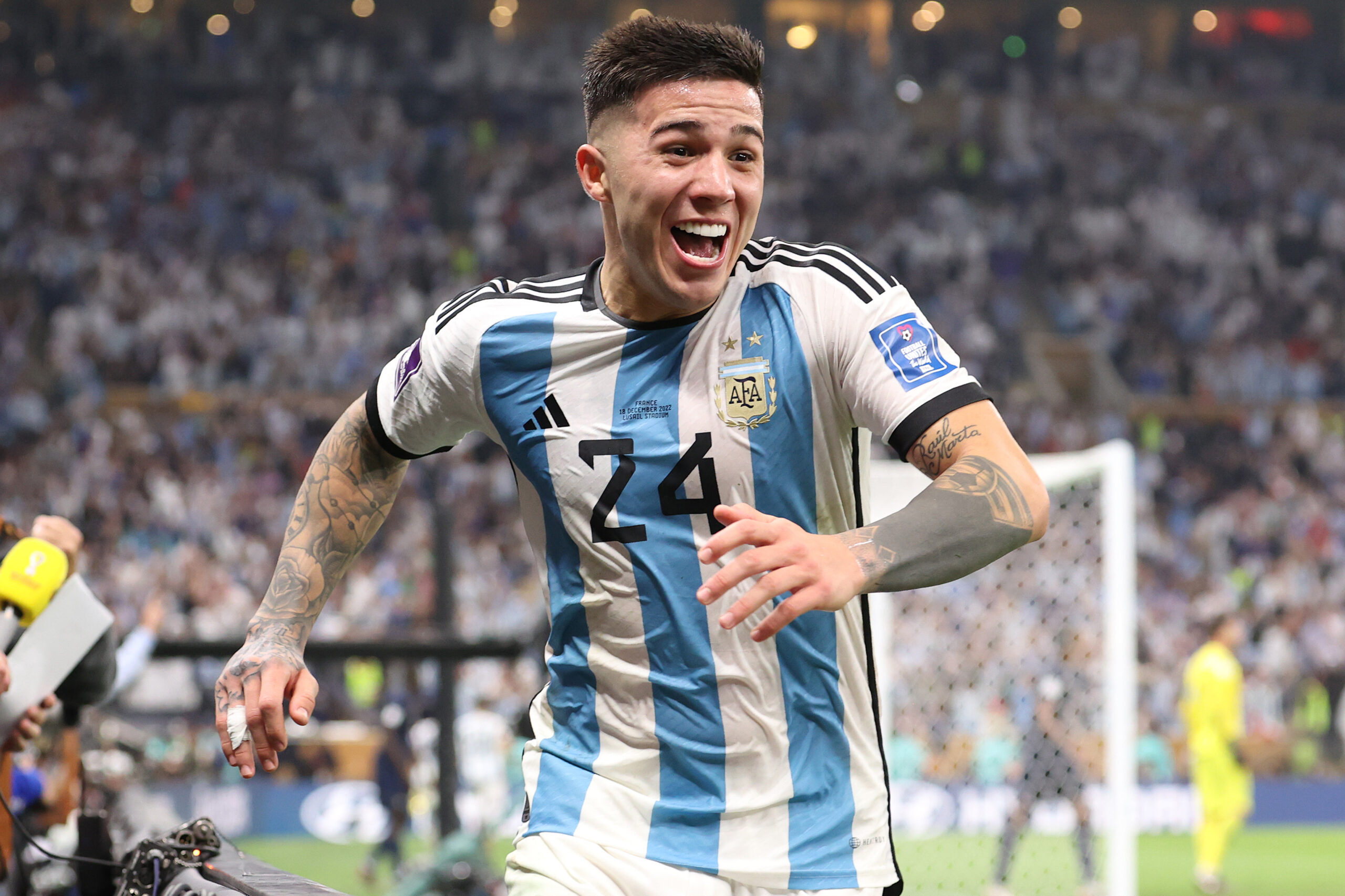 Newcastle United manager Eddie Howe has weighed in on the transfer rumours linking Enzo Fernandez with a move to St James’ Park.

Fernandez was a revelation for Argentina in the World Cup 2022, playing a pivotal role in lifting the title as well as bagging the young player of the tournament award for his excellent performances.

Even before heading to the World Cup, the 21-year-old was on the lips of European heavyweights owing to his stellar impact at Benfica this season.

Fernandez hit the ground running at Benfica since his transfer from River Plate in the summer, helping the Portuguese giants qualify for the Champions League round of 16.

Howe feels that Fernandez’s price must have skyrocketed after the World Cup, making it difficult for the Magpies to sign him.

The English gaffer said (h/t The Daily Mail): “I’m aware of him, and I know him. But I think the transfer fee might be quite lumpy.”

The Magpies could be restricted to make new signings in January after splashing the cash in the last two transfer windows this year with the help of billionaire Saudi owners.

Benfica are not planning to sell Fernandez in the middle of the season, and they are expecting a bidding war from Europe’s top clubs for him.

Real Madrid and Liverpool are reportedly hot on the trail of the World Cup star, and they are ready to break the bank for him.

Both clubs are prioritising the transfer of Borussia Dortmund midfielder Jude Bellingham but have identified Fernandez as an alternative if they fail to land the English teenager.