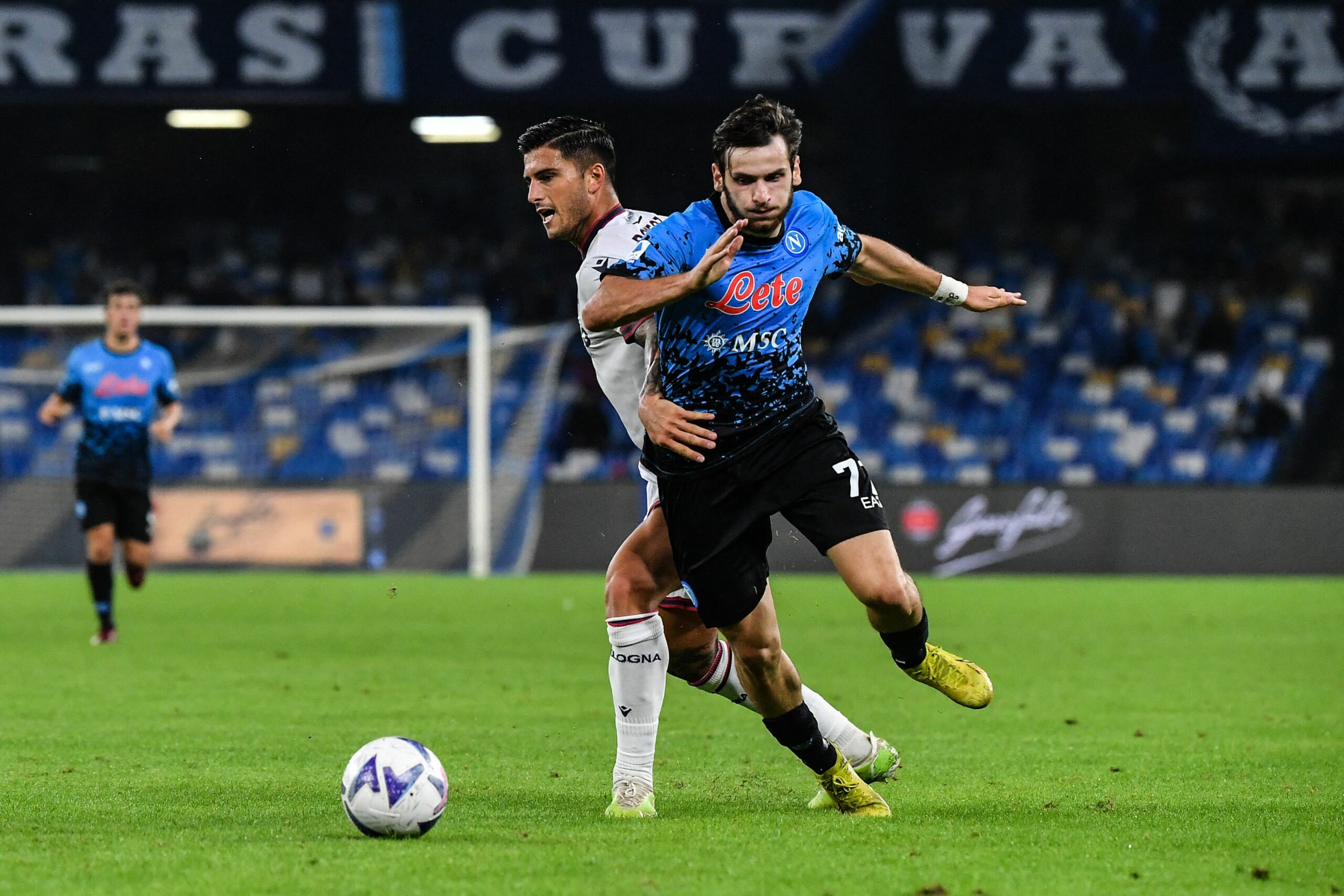 Napoli sporting director Cristiano Giuntoli has insisted that Khvicha Kvaratskhelia is not for sale amid interest from several clubs abroad.

The Georgian sensation has established himself as one of Europe’s most elite wingers since his £10 million move from Georgia-based club Dinamo Batumi last summer.

Kvaratskhelia has notched up eight goals and ten assists in 17 appearances across all competitions for Luciano Spalleti’s side, and his performances have seen some of Europe’s heavyweights register an interest in his signature.

Newcastle United have earmarked the 21-year-old as a priority target over the next two transfer windows. But Napoli are keen on keeping the winger at the Diego Armando Maradona Stadium and consider him non-transferrable.

“The interest of Newcastle United in Kvaratskhelia?” Giuntoli said to SportExpress. “There is no chance that Napoli can let it go, regardless of the amount and the figures of the offer.”

Newcastle, freshly backed by Saudi Arabian money, have been the feel-good story of the Premier League this season.

They registered a 1-0 win over Chelsea in their last game before the international break to go third in the Premier League.

They are two points behind second-placed Manchester City and seven behind league leaders Arsenal, although they have played one more game.

The Magpies have lost just one game all season, which came against Liverpool, and have been one of the most prolific sides, with only Arsenal, Manchester City and Tottenham Hotspur scoring more goals.

Looking to build on their terrific campaign, the Tyneside club are keen to improve the quality and depth in the squad, and signing Kvaratskhelia would send a message to the rest of the league.

While a January move may be out of the question, things could change next summer, especially for the right price.

However, they will have a fight on their hands to sign the Georgian, with Real Madrid, Paris Saint-Germain, Liverpool and Manchester City also interested.