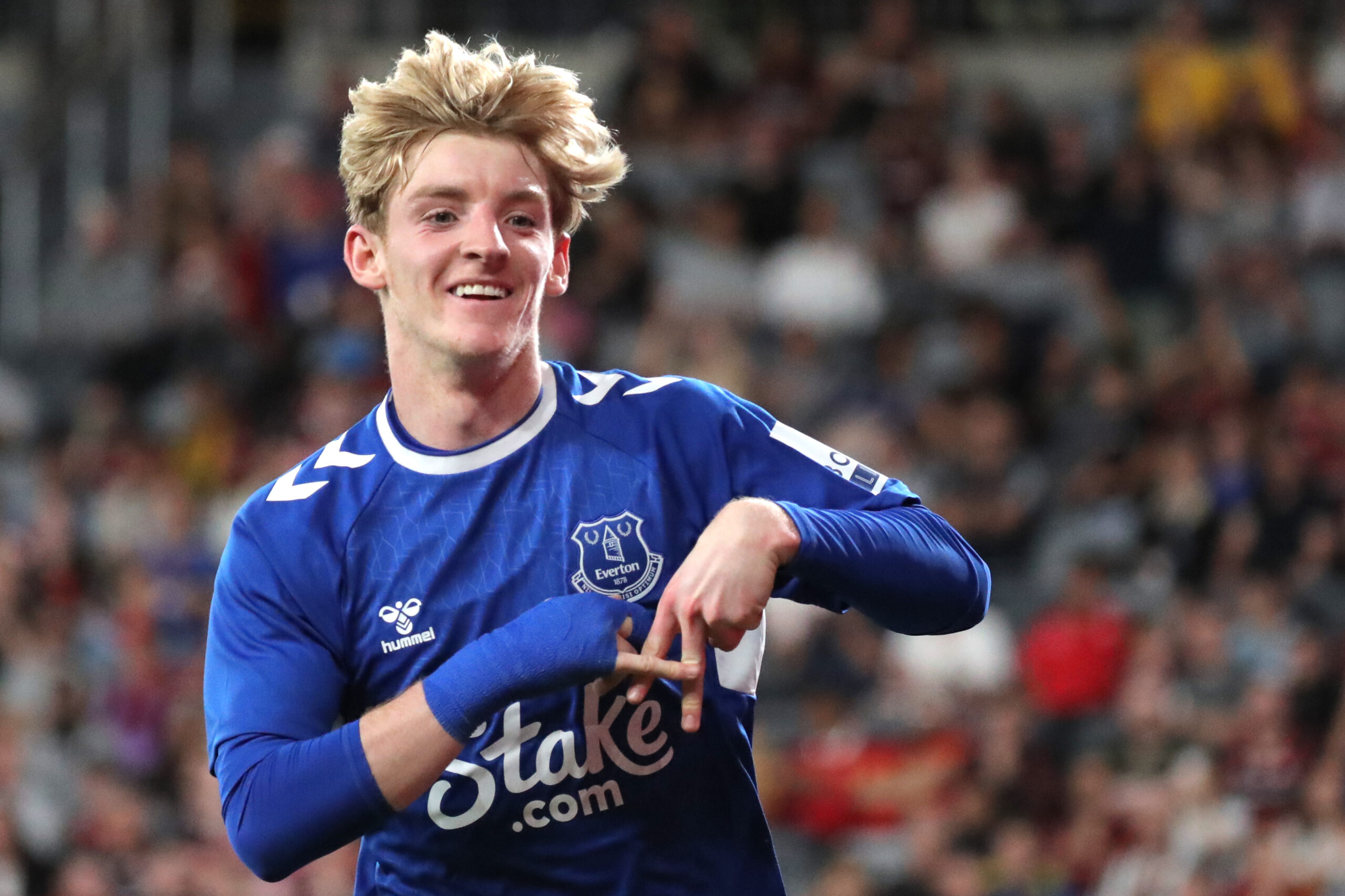 Everton winger Anthony Gordon is close to signing a new long-term contract at Goodison Park, according to the Telegraph.

The Englishman was the subject of considerable interest from Chelsea last summer, with the Blues submitting two offers for his signature.

However, while Gordon was keen on joining Chelsea, Everton were unwilling to let the player leave and slapped a huge asking price of £60 million to ward off the west Londoners.

After Chelsea’s interest in the youngster cooled, Everton are now pushing to tie the 21-year-old to a new long-term deal to secure his future at the club.

The Blues were not alone in the pursuit of the youngster, with Tottenham Hotspur also in the race after signing Richarlison from the Toffees last summer.

Interest from Spurs has not gone away, with the north Londoners hoping to try again for Gordon when the transfer window opens at the turn of the new year.

However, the Merseyside club are keen to finalise Gordon’s contract renewal quickly. They want to make an announcement shortly to end any renewed speculation surrounding his future ahead of the transfer market.

Gordon is not the only Toffee in line for a new deal, with Alex Iwobi also close to signing a contract extension. Frank Lampard wants to reward his key players who played a pivotal role in the club’s Premier League survival last season.

Despite Everton’s concerning dip in form that saw them fail to win any of their last four games before the international break, Iwobi has proven to be a bright spark for Lampard’s side.

After 15 Premier League games, the Nigerian has already surpassed his last season’s total of four goal contributions in 28 appearances with a goal and five assists this term.

Iwobi has reinvented himself since Lampard took over at Merseyside and has arguably been the club’s player of the season this term. He has been the most consistent performer across Lampard’s 11 months in charge.

Everton will face Wolverhampton Wanderers on Boxing Day, looking to put some daylight between themselves and the relegation zone with just one point separating them from 17th-placed Nottingham Forest.