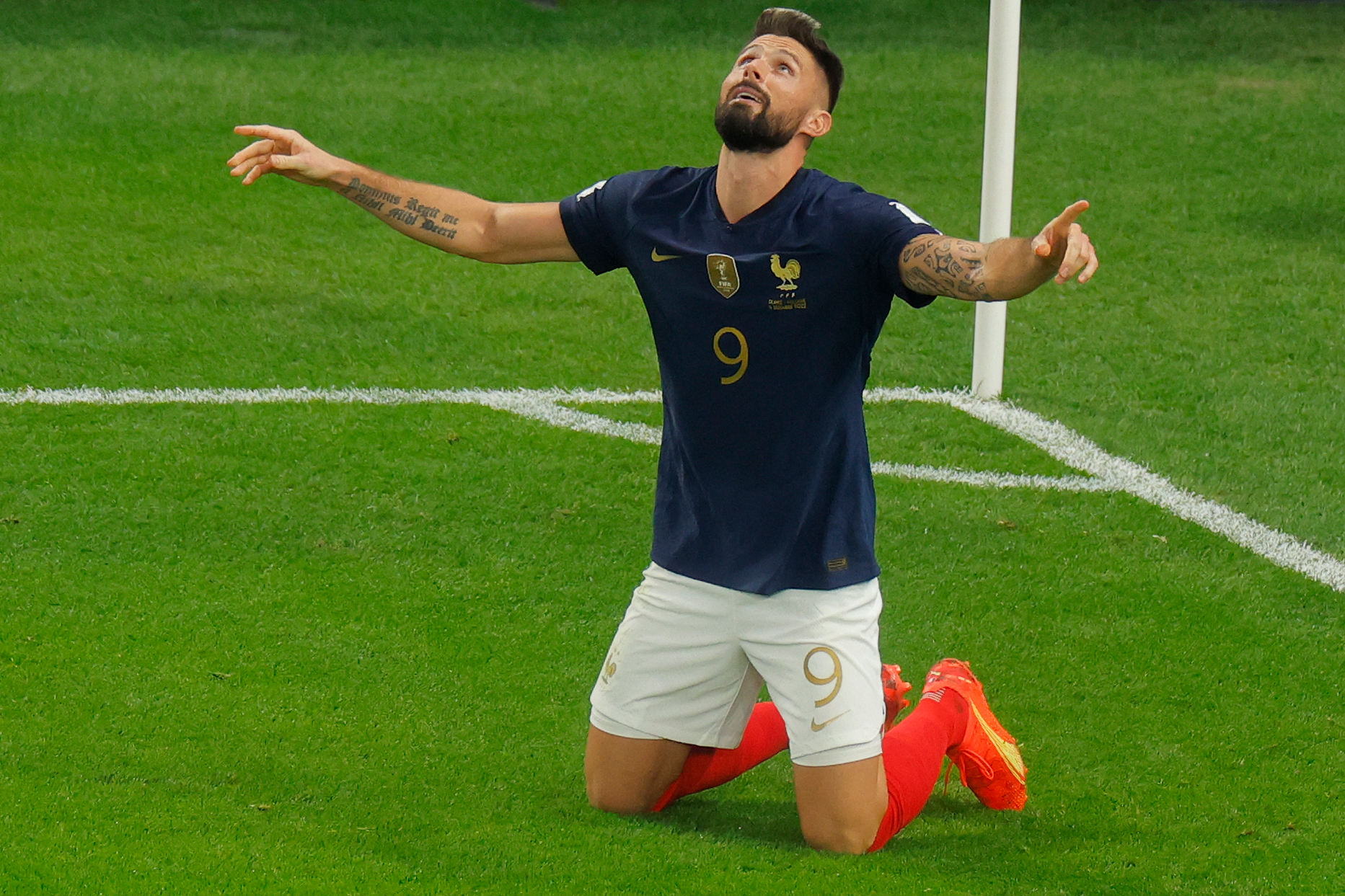 Olivier Giroud etched his name into the history books as France saw off the threat of Poland earlier today to book their place in the last eight of the 2022 FIFA World Cup.

Following a two-goal haul in his country’s opening Group D fixture against Australia, Giroud moved his tally of international goals up to 51 – level with Thierry Henry at the top of Les Bleus’ all-time scoring charts.

The striker failed to find the back of the net against Denmark and was given a rest in the defeat to Tunisia, meaning that he headed into this afternoon’s round of 16 meeting against Poland with history in his sights.

Giroud nearly got his goal just shy of the half-hour mark but his effort on the stretch went narrowly wide of the left post after Ousmane Dembele’s teasing cross had picked him out.

However, the AC Milan man was not going to be denied 15 minutes later when he latched on to Kylian Mbappe’s pass and finished beyond Wojciech Szczesny with aplomb.

In doing so, Giroud became France’s outright leading goalscorer of all time, moving one goal clear of the great Henry in six fewer outings.

Having failed to get himself on the scoresheet in the 2018 World Cup, Giroud has now netted three times in this year’s edition of football’s biggest competition.

Even at the age of 36, Giroud continues to deliver at the highest level and it is no surprise that his current employers want to tie him down to a new deal.

In the meantime, the Frenchman is focused on the ongoing World Cup in Qatar where he and his international teammates will be aiming to successfully defend their world title.

Off the back of their 3-1 victory over Poland at the Al-Thumama Stadium, Didier Deschamps’ men will take on the winner of this night’s encounter between England and Senegal in the quarter-final.