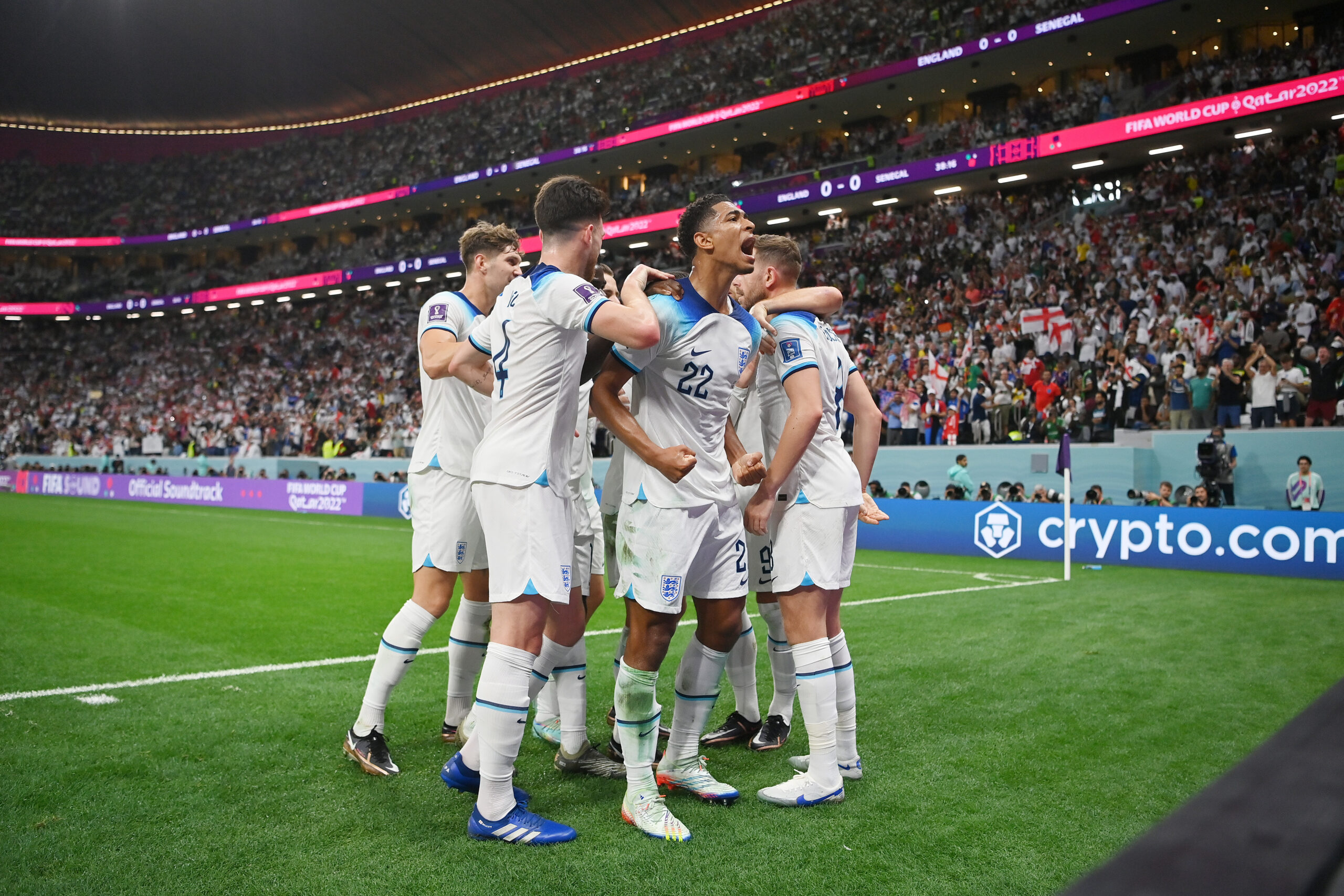 England produced a dominant display to beat Senegal 3-0 on Sunday and book their place in the quarter-finals of the World Cup.

Their first chance came in the ninth minute as Senegal goalkeeper Edouard Mendy flapped at a Jude Bellingham cross, but no one was on hand to take advantage.

Senegal had a huge opportunity in the 23rd minute, but Ismaila Sarr blazed over from six yards when it looked easier to score.

The Three Lions sought to take the pace out of the game, with the back four ponderously playing around with the ball.

They nearly paid the price in the 32nd minute, as Boulaye Dia took advantage of some slack play to surge into the box and fire a shot at Jordan Pickford.

However, the England goalie stood firm to deny Dia and keep the scores level.

England finally broke the deadlock after 39 minutes when Jordan Henderson swept the ball home from a fine Jude Bellingham cross.

Bellingham played an integral role in England’s second goal just before the break, winning the ball in midfield before feeding Phil Foden.

The Manchester City playmaker found Harry Kane, who ran towards the box before firing an excellent strike past Mendy.

Senegal made three changes at half-time but were unable to drag themselves back into the game as England dominated.

Bellingham controlled the middle of the park as the Three Lions were rarely troubled by Senegal’s dispirited attackers.

Gareth Southgate’s side were rewarded in the 57th minute as Foden danced past a couple of challenges to set up Bukayo Saka for the third goal.

England were rarely troubled thereafter and comfortably saw out the rest of the game to book a quarter-final meeting with France.

Jordan Pickford (7/10) – Made a couple of decent saves in the first half. Largely untroubled after the break.

Kyle Walker (6/10) – Steady enough at right-back, but showed signs that his pace is fading.

John Stones (7/10) – Guilty of overplaying at times. May be found out against better teams.

Harry Maguire (7/10) – Same as Stones. Kylian Mbappe could have a field day next weekend.

Declan Rice (7/10) – A solid performance. Did the simple things well.

Jordan Henderson (7/10) – A fine finish for the opening goal. May struggle against France’s star-studded midfield.

Jude Bellingham (8/10) *MOTM* – At the heart of everything England did well.

Phil Foden (7/10) – Lively throughout his time on the pitch. Delivered a superb ball for Kane’s goal.

Harry Kane (6/10) – Dropped deep too often. His first-half goal highlighted where he is most effective. Still room for improvement.

Abdou Diallo (5/10) – Lucky not to put Saka in during the first half. Not his best performance.

Pathe Ciss (5/10) – Worked manfully in the middle of the park, but lacked quality.

Ismaila Sarr (5/10) – Missed a big chance in the first-half. Disappointing.