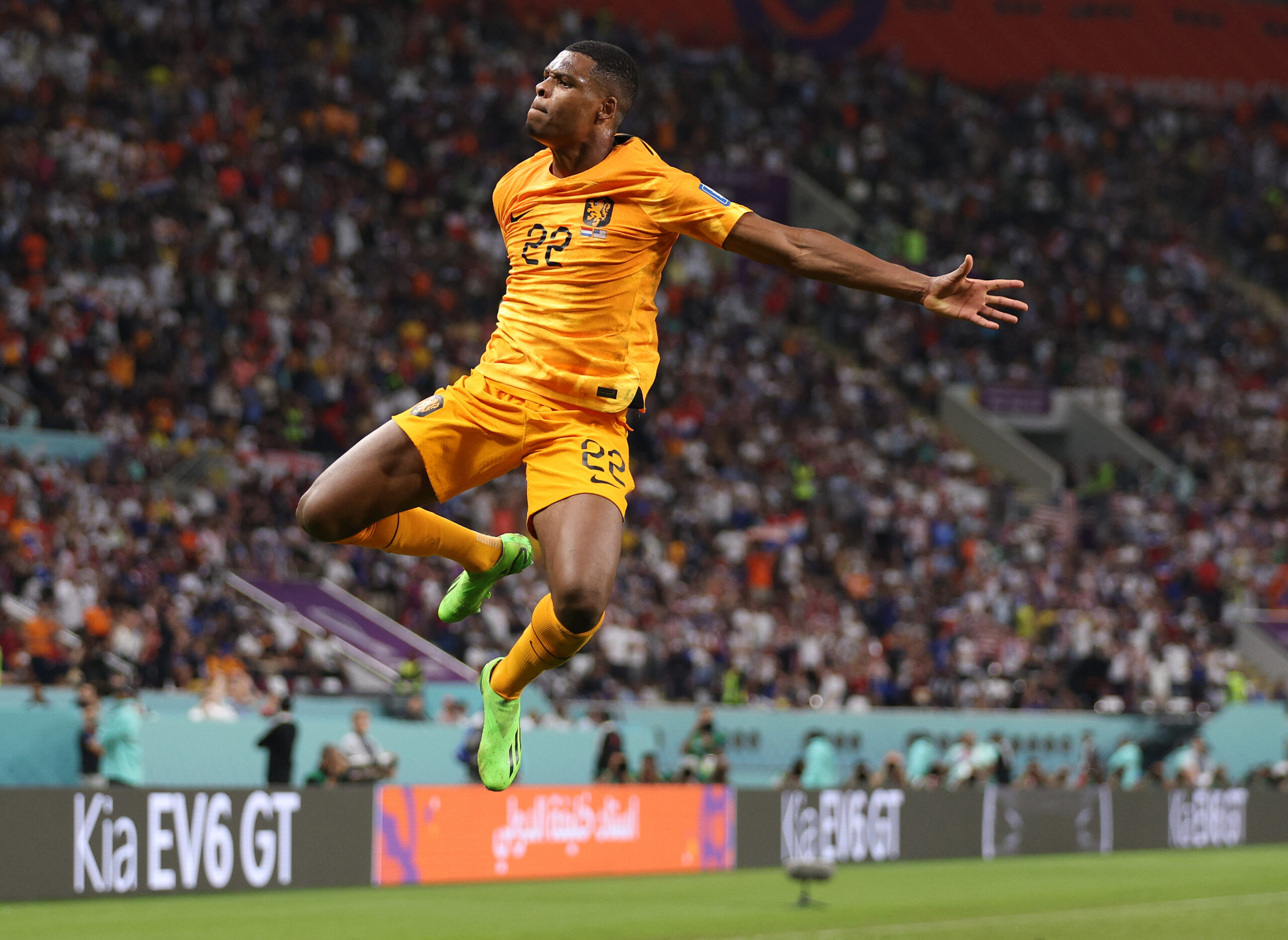 Netherlands wing-back Denzel Dumfries has described transfer speculation linking him to a move to Chelsea as a ‘compliment’.

The Inter Milan defender was heavily linked with a move to the Premier League last summer, but the Blues were not the only ones interested as Manchester United also weighed up a move.

Chelsea tried to include the Dutchman in Inter’s deal to take Romelu Lukaku back to the San Siro Stadium, but the Nerazzurri refused to sanction the move.

However, despite failing to snap up the 26-year-old last summer, Dumfries’ links to Chelsea have not gone cold.

After helping his side secure a spot in the World Cup quarter-finals with a sublime performance following their 3-1 win over the United States, the defender admitted to being flattered by Chelsea’s interest but refused to get caught up in the rumours.

“Of course, it’s a compliment.” – Dumfries told The Athletic when asked about links to Chelsea.

“But when you put the Nerazzurri shirt on, that is also a big compliment. I’m focused on the national team and I play for a very, very beautiful club in Italy.

“I’m very proud that I can play for Inter, so I am focused on nothing else but the national team and Inter.”

Dumfries was superb for the Netherlands against the US and proved the difference between the two sides after assisting two goals before grabbing one himself in their commanding victory.

The Dutchman joined the Italian giants from Eredivisie club PSV Eindhoven at the start of the 2021/22 season and has contributed seven goals and ten assists in 65 games.

He has made 15 appearances across all competitions for Simone Inzaghi’s side this season, netting once and providing three assists.

With Reece James injured, Chelsea will be in the market for a right back in the winter transfer window and could return for Dumfries, especially if he keeps up his fine displays for his country at the World Cup.