World Cup Group G round-up: Brazil hold on to top spot despite defeat as Switzerland fend off the threat of Serbia to progress 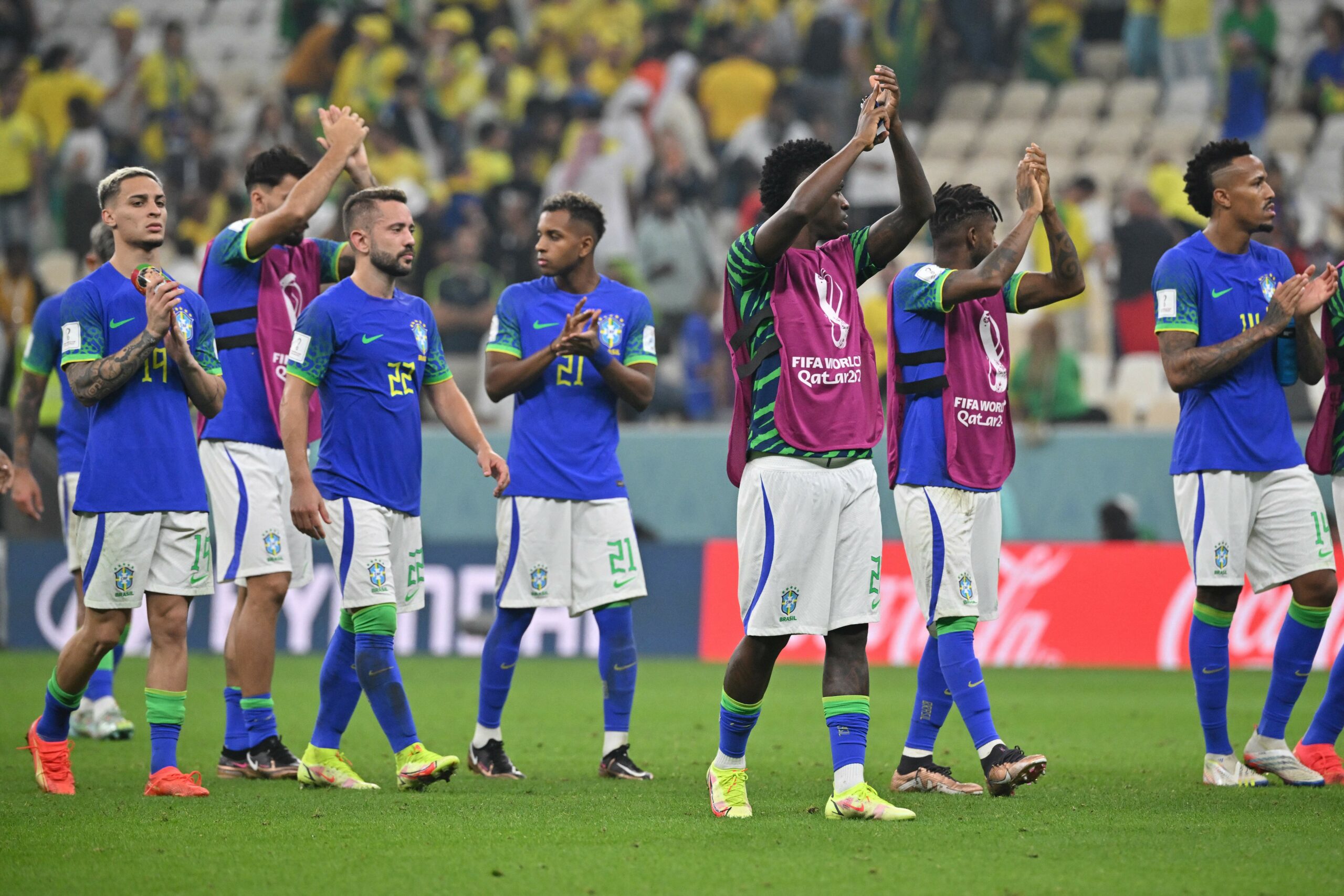 Having already qualified for the knockout stage of the 2022 FIFA World Cup, Brazil fell to a 1-0 defeat against Cameroon at the Lusail Iconic Stadium earlier today.

Meanwhile, Switzerland showed great resolve to navigate the challenge of Serbia in a 3-2 victory and book their place in the last 16.

Here is a lowdown on how things unfolded in Group G on the final matchday.

With only little to play for heading into the final round of matches, it was no surprise to see Brazil head coach Tite ring the changes for the game against Cameroon.

Brazil started the contest on the front foot and nearly opened the scoring in the 14th minute when Gabriel Martinelli’s header from a Fred cross was expertly dealt with by David Epassy, who was making his second straight start in place of Andre Onana.

From the resulting corner, Gabriel Jesus headed over from close range as he continued his wait for a first international goal since 2019 when named in the starting XI.

Fred and Dani Alves were the next Brazil players to threaten the Cameroon goal, albeit all to no avail in what was now developing to be a largely one-sided affair.

Clearly the Selecao’s best player in the opening 45 minutes, Martinelli was at it again in stoppage time when he skipped past numerous challenges before unleashing a fierce strike at goal which was tipped over by the opposing goalkeeper.

Having been under the cosh for most of the match, Cameroon almost took the lead against the run of play through Bryan Mbeumo, whose header inside the box drew a fine save out of Ederson.

Buoyed by their fine finish to the first half, Rigobert Song’s men began the second period with more attacking intent and threatened Ederson’s goal once again courtesy of Vincent Aboubakar’s effort.

After a brief dominant spell for their African counterparts, Brazil picked up the pace and looked to turn on the screw in the second half as they had done in each of their previous two matches.

The five-time world champions came close through Martinelli yet again, but Epassy was up to the task as the Cameroon goalkeeper enjoyed a fine outing between the sticks.

As the game entered its final knockings, both teams continued to push for the winning goal which eventually arrived in the second minute of stoppage time.

Off the back of his impressive cameo against Serbia last time out, Aboubakar got in on the act with a lovely headed finish beyond Ederson to hand his side the lead.

However, the 30-year-old immediately received his marching orders for taking his shirt off having already been booked earlier.

Aiming to preserve their unbeaten record at this year’s World Cup, Brazil pressed forward in search of an equaliser, but they failed to find a way past Epassy.

Nonetheless, the South Americans qualified as winners of Group G to set up a meeting with South Korea on Monday in the last 16.

Meeting in the group stage of the World Cup for the second successive tournament, Serbia and Switzerland headed into the encounter at Stadium 974 with all to play for.

Switzerland sat second in the group and had their destiny firmly in their own hands, while Serbia needed to win to stand any chance of progressing.

Murat Yakin’s men wasted no time in laying down an early marker with Breel Embolo almost opening the scoring within 60 seconds.

Serbia then grew into the contest and were unlucky not to have opened the scoring with their first real sight of goal by Andrija Zivkovic, who rattled the woodwork from the edge of the box.

The deadlock was finally broken in the 20th minute when Djibril Sow teed up Xherdan Shaqiri to squeeze the ball beyond Vanja Milinkovic-Savic at the near post.

Having gone behind, Serbia started to show more urgency and deservingly restored parity thanks to Aleksandar Mitrovic’s expert header assisted by Dusan Tadic.

Knowing that a draw does nothing in their quest to qualify, Dragan Stojkovic’s men continued to pile on the pressure which eventually saw them take the lead 10 minutes from halftime through Dusan Vlahovic.

However, Switzerland rallied after going behind and levelled matters in the penultimate minute of the first half when Breel Embolo tapped home Silvan Wildmer’s inviting cross.

That was the last meaningful action of the opening 45 minutes, so both sides returned to the dressing room with all to play for.

Switzerland delivered the next significant blow two minutes into the second period as a lovely move involving Xherdan Shaqiri and Ruben Vargas was finished off by Remo Freuler.

Having taken the lead, the Swiss started to lay a foothold on the clash and should have increased their advantage three minutes shy of the hour mark but for some woeful finishing from Embolo.

With the game still up for grabs, Serbia piled on the pressure late on but failed to trouble Gregor Kobel to a significant degree, confirming their elimination at the first hurdle in football’s biggest tournament just as it was four years ago.

Courtesy of their well-deserved victory, Switzerland set up a last-16 clash against Portugal at the Lusail Iconic Stadium on Tuesday.