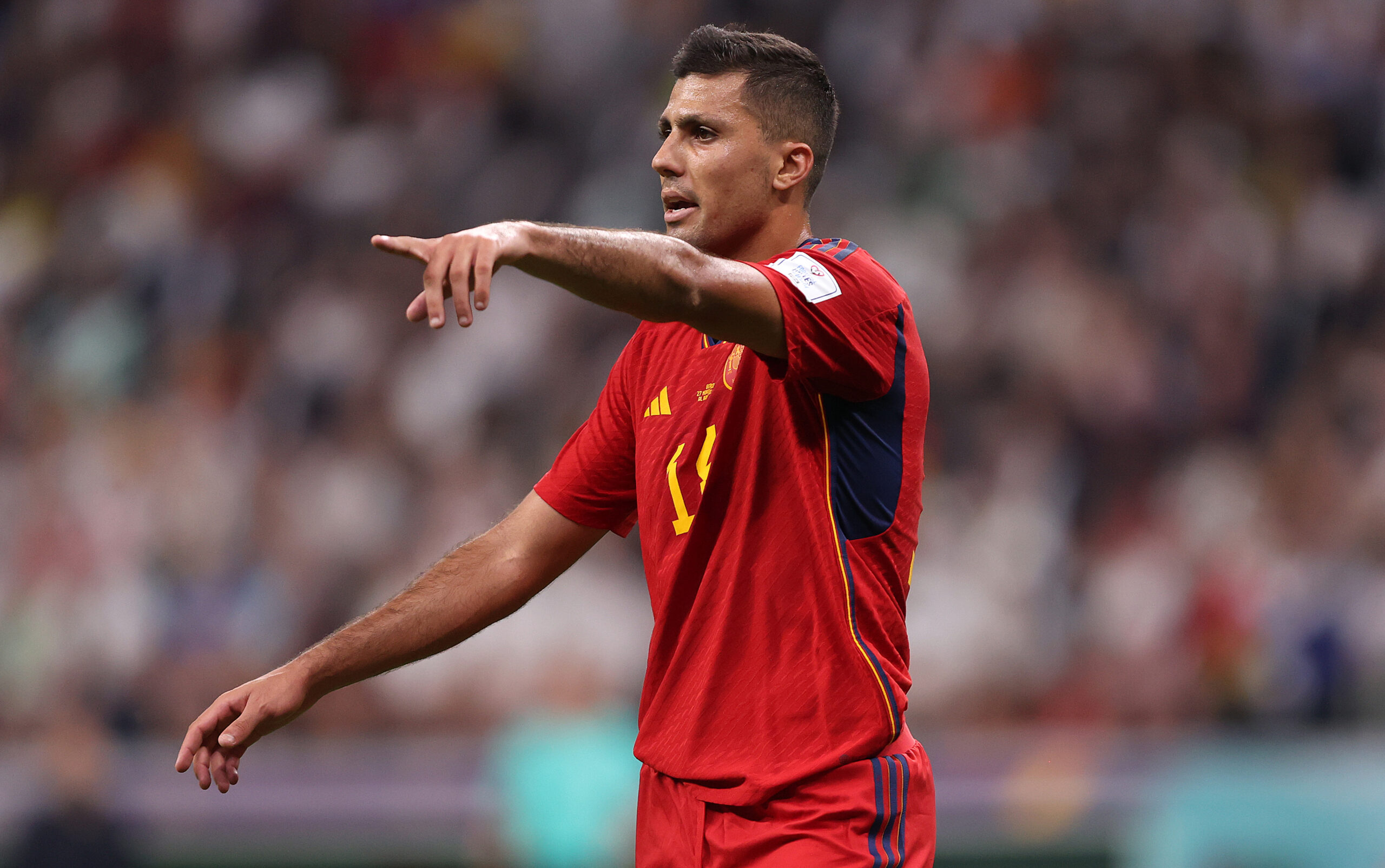 Manchester City midfielder Rodri has claimed that no side at the current World Cup plays better than the Spanish national team ahead of the concluding round of group-stage matches.

Luis Enrique’s men claimed a whopping 7-0 victory over Costa Rica in their opening fixture of the World Cup before playing out a 1-1 draw against Germany most recently.

Consequently, Sapin currently sit top of Group E with four points, one clear of the chasing pack of Japan and Costa Rica.

Having started both of his nation’s two matches, Rodri believes that he and his international colleagues can go head-to-head with anyone in this year’s edition of football’s biggest tournament.

“There are teams with great individuals, there’s no denying that,” the midfielder said in an interview with AS.

“Maybe they win games due to those circumstances but at a collective level, I don’t see anyone like us.

“Perhaps the closest thing is Germany, and it has already been seen that it was a tough game against them.

“If we can compete against Germany as we have shown, we can do it against anyone.”

Rodri, who has been used as a central defender alongside City teammate Aymeric Laporte, also spoke about adapting to his new role.

“In the end, the secret lies in good communication with your centre-back partner and the full-backs and working like an accordion,” he added.

Off the back of disappointing displays in the consequent two World Cups tournaments since their triumph in 2010, Spain set out to put on a decent showing in Qatar this time around.

La Roja are all but guaranteed a spot in the last 16, but a final group outing against Japan awaits on Thursday when the European giants will be looking to confirm their place as group winners.