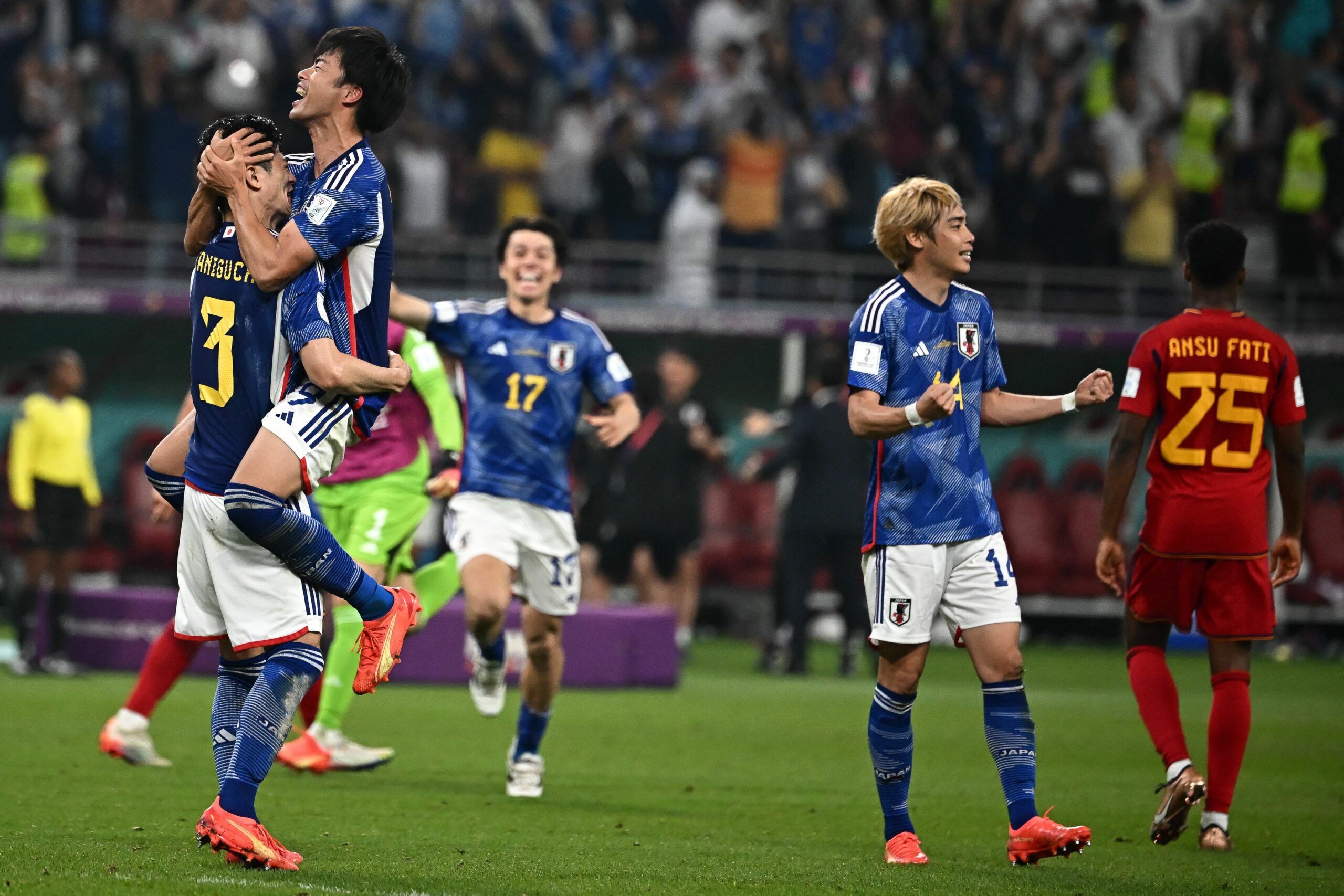 Japan’s fairytale run in the World Cup 2022 continued as they secured a shocking comeback win over Spain to go top of Group E and secure their qualification to the round of 16.

Elsewhere, Germany’s emphatic 4-2 victory against Costa Rica in the final group game proved futile, with Spain edging Die Mannschaft out by goal difference to advance to the knockout stage.

Here is the round-up of Group E on Matchday 3.

Of all the groups in this year’s World Cup, Group E has been the most fascinating, and Matchday 3 proved it rightly so.

Despite securing a dream win over Germany in their opening fixture, Japan were brought to reality with a dismal defeat against Costa Rica.

The odds were stacked up against the Samurai Blue, who needed a win against Spain to continue their journey in the World Cup since Germany were the outright favourites against Costa Rica.

The Spaniards ended half of Japan’s hopes when they took the lead inside 11 minutes with the help of Alvaro Morata, who headed home Cesar Azpilicueta’s cross.

The strike marked his third of the Qatar World Cup and helped him move to the top of the scoring charts.

But the Samurai Blue recreated the magic they did against Germany in the second half.

Ritsu Doan, one of the heroes in the remarkable win against the Germans, fired in a strong left-footed strike to level things up for his side.

A few minutes later, they established the lead over Spain after the goal from midfielder Ao Tanaka, who was impressive throughout the game.

Spain were put to the back foot from then, and their efforts to find the equaliser were to no avail, with Japan protecting their lead with a rock-solid defence to eventually pick up another remarkable win.

Outplaying Luis Enrique’s side will be another feather in the cap for the Japanese men, who are now set to face Croatia in the round of 16.

On the other hand, Spain will be disappointed to finish second in their group, and the defeat will be a wake-up call for what they should improve going forward.

La Roja will lock horns with Morocco in the round of 16.

Germany would have dreamt of securing an easy passage to the knockout stage before the start of the game, as a draw or win from Spain would do good for Hansi Flick’s men.

Die Mannschaft produced their best performance of the tournament, securing a 4-2 win over Costa Rica.

Kai Havertz netted a double off the bench and fan favourite Niclas Fullkrug scored his second goal of the World Cup.

However. the victory proved to be too late, as Japan’s shocking win over Spain ended Germany’s World Cup hopes.

Flick’s men will regret their defeat against Japan and the draw against Spain, which ultimately proved costly to their chances.

Since winning the World Cup in 2014, the Germans have been eliminated at the group stage twice in a row.