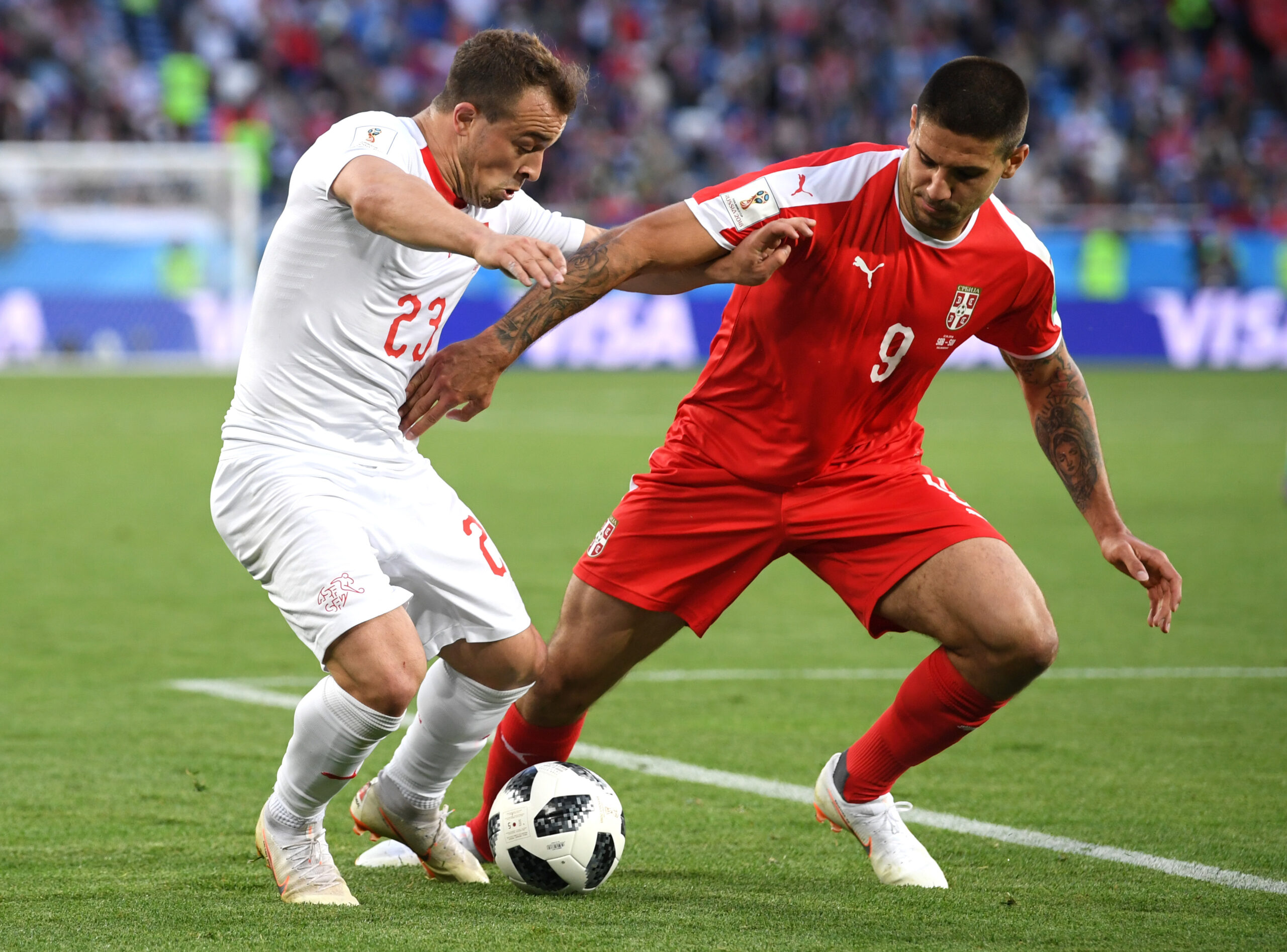 Friday’s tasty-looking showdown between Serbia and Switzerland at 7.00 pm has all the makings of a knockout tie.

Stadium 974 will see the Serbs try to bounce back from a sluggish start to their 2022 World Cup Group G campaign and steal a qualification spot right under the Swiss’ noses.

After slumping to a somewhat expected 2-0 defeat to Brazil in the opening round, Serbia could only manage a 3-3 draw against Cameroon on Monday despite boasting a 3-1 lead in the second half.

Dragan Stojkovic’s men fell behind midway through the first half but turned the match on its head before the break, as Strahinja Pavlovic and Sergej Milinkovic-Savic scored on the stroke of half-time.

When Aleksandar Mitrovic gave the Eagles a 3-1 cushion at the beginning of the second half, not even the most pessimistic Serbian fans had thought their nation would drop two points.

Breel Embolo’s strike against the Cameroonians handed Murat Yakin’s side a narrow 1-0 win on day one, though it remains their solitary goal in Qatar.

In addition to losing 1-0 to Brazil last time out, La Nati failed to produce a single shot on target, casting doubt on their bid to fend off Serbia.

Serbia are 90 minutes away from upsetting the nation’s high expectations once again as they run the risk of maintaining their troublesome streak of back-to-back World Cup group stage exits as an independent country.

Unless Stojkovic’s men find a way to arrest an underwhelming run of four winless World Cup matches (D1, L3), all of which saw them concede at least twice, the Eagles will be packing themselves up come Friday.

Interestingly, the blockbuster stalemate against Cameroon last time out marked Serbia’s first draw in their 11th outing at the World Cup finals (W2, L8), though it was the first time they scored more than twice.

Despite losing to almighty Brazil in their most recent World Cup fixture, you’d have to go back to 1994 for the last time Switzerland lost back-to-back games at the tournament.

Having avoided defeat in their final group-stage fixture across four previous World Cup appearances (W2, D2), La Nati should be confident of getting a result in what promises to be a feisty affair.

Adding to this sentiment, they have only lost four of their last 17 World Cup group-stage outings (W8, D5), never losing more than one such contest in a single tournament since 1966.

A deja vu all over as Serbia and Switzerland battled it out for second place behind Brazil in their World Cup group in Russia four years ago. Although Mitrovic put the Serbs in front early in that game, second-half goals from Granit Xhaka and Xherdan Shaqiri turned the match on its head.

That 2-1 win remains Switzerland’s only meeting with Serbia, but Shaqiri’s controversial goal celebration remains deeply embedded in the minds of Stojkovic’s players.

Serbia will be out to bring the phrase ‘revenge is a dish best served cold’ to life and return the favour to Switzerland amid shocking talks over an unhealthy situation in their dressing room.

With Stojkovic still contemplating the status of Dusan Vlahovic and Nemanja Gudelj ahead of Friday’s ‘must-win’ duel against La Nati, the Eagles may have already given Yakin’s team the tools to beat them.

If Switzerland can take advantage of a chaotic atmosphere in the Serbian camp, they should make out of the World Cup group stage for the third tournament in a row.

But we expect Serbia to get their revenge bid over the line.