World Cup Group F round-up: Euphoria for Morocco as they see off Canada to qualify while Croatia hold lacklustre Belgium to progress 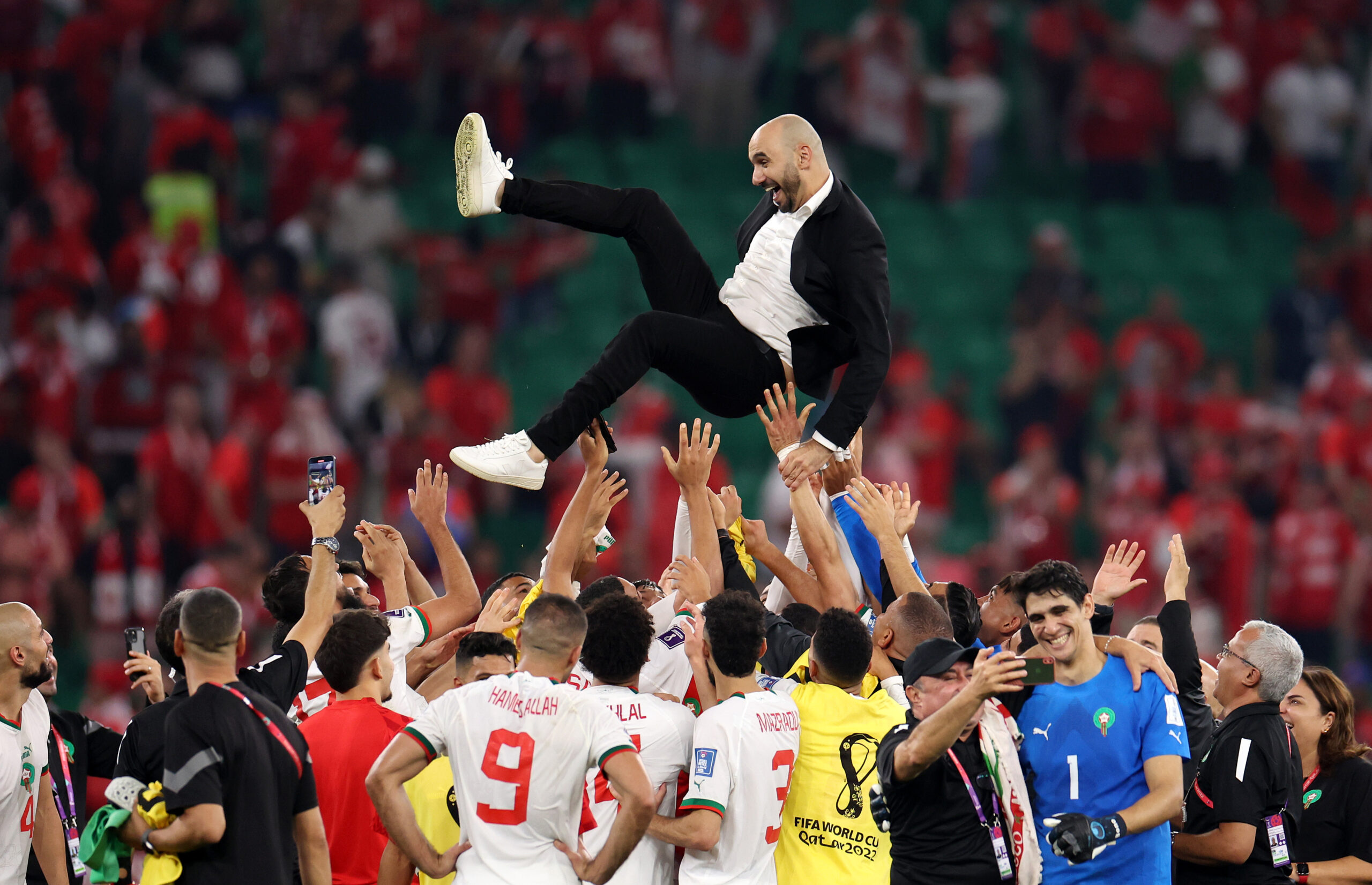 Morocco and their supporters could not hold back their joy as the Atlas Lions roared into the World Cup knockout stage for the first time since 1986 following a 2-1 win over Canada.

The African giants had never won back-to-back matches at the World Cup, but they beat the odds by putting in a memorable group stage display and finished as Group F winners after picking up seven points.

Meanwhile, it was heartbreak for Belgium’s ‘golden generation’ as their profligacy in front of goal cost them a spot in the round of 16 following their goalless draw with 2018 finalists Croatia.

This is the first time the Croats have qualified for the knockout stage in successive tournaments.

Here’s the round-up from the final matchday of Group F.

Perhaps frustrated after their elimination was confirmed, Canada got off to the worst possible start in their final group clash.

After rushing out of his goal to collect Steven Vitoria’s under-hit back pass, Canadian goalkeeper Milan Borjan’s first touch betrayed him, and Hakim Ziyech was on hand to lob his shot into an empty net to open the scoring inside five minutes.

Morocco then doubled their lead in the 23rd minute when Achraf Hakimi’s sumptuous pass found Youssef En-Nesyri in stride, and the striker slotted home clinically.

While it looked like the North Africans would take an insurmountable lead into the break, it was cut in half five minutes before the interval.

Sam Adekugbe’s cross glanced off West Ham United’s Nayef Aguerd and beat the outstretched hand of Yassine Bounou, opening the door to a potential twist in the tale in the second half.

Canada pushed to equalise throughout the second half despite having nothing to play for but pride, and the Maple Leafs came within inches of levelling the scoreline just past the 70-minute mark.

However, Atiba Hutchinson’s headed effort could only find the crossbar and only just failed to cross the line, while Alistair Johnston could not keep his follow-up header down.

Canada piled on the pressure late on but Morocco hung on to complete their heroic effort in Group F, securing their place as group winners.

Belgium needed a win to go through but Croatia started on the front foot, and they were inches away from taking a very early lead after Ivan Perisic saw his fearsome strike sail just wide.

Belgium then responded through Yannick Carrasco, but Dominik Livakovic denied the Atlético Madrid winger with a stunning save.

With qualification on the line, Roberto Martínez’s side were handed a much-needed reprieve shortly after the quarter-hour after the referee pointed to the penalty spot without hesitation following Carrasco’s foul on Andrej Kramaric.

However, referee Anthony Taylor reversed his initial decision following VAR’s suggestion of a marginal offside in the build-up.

Croatia only needed a point to progress, but they worked Thibaut Courtois in the second half as the Real Madrid goalie was forced into a hat-trick of sublime saves to prevent Zlatko Dalic’s side from taking the lead.

The ever-so-influential figure of Romelu Lukaku marched onto the pitch as Martinez looked to call on the ace up his sleeves, and the Inter Milan striker should have put his side in front, not once but twice, within a minute.

Instead, after striking the post following Josip Juranovic’s heroic goal-saving block, the towering number nine somehow headed over the crossbar with an open goal at his mercy.

Belgium had their chances, but they failed to convert any, and it cost them a place in the knockout phase as they settled for a share of the spoils in Al Rayyan.

After securing progress, Dalic’s men will now prepare to take on the winners of Group E in the round of 16.