Germany and Belgium crash out of the World Cup, Morocco and Japan win their groups & more 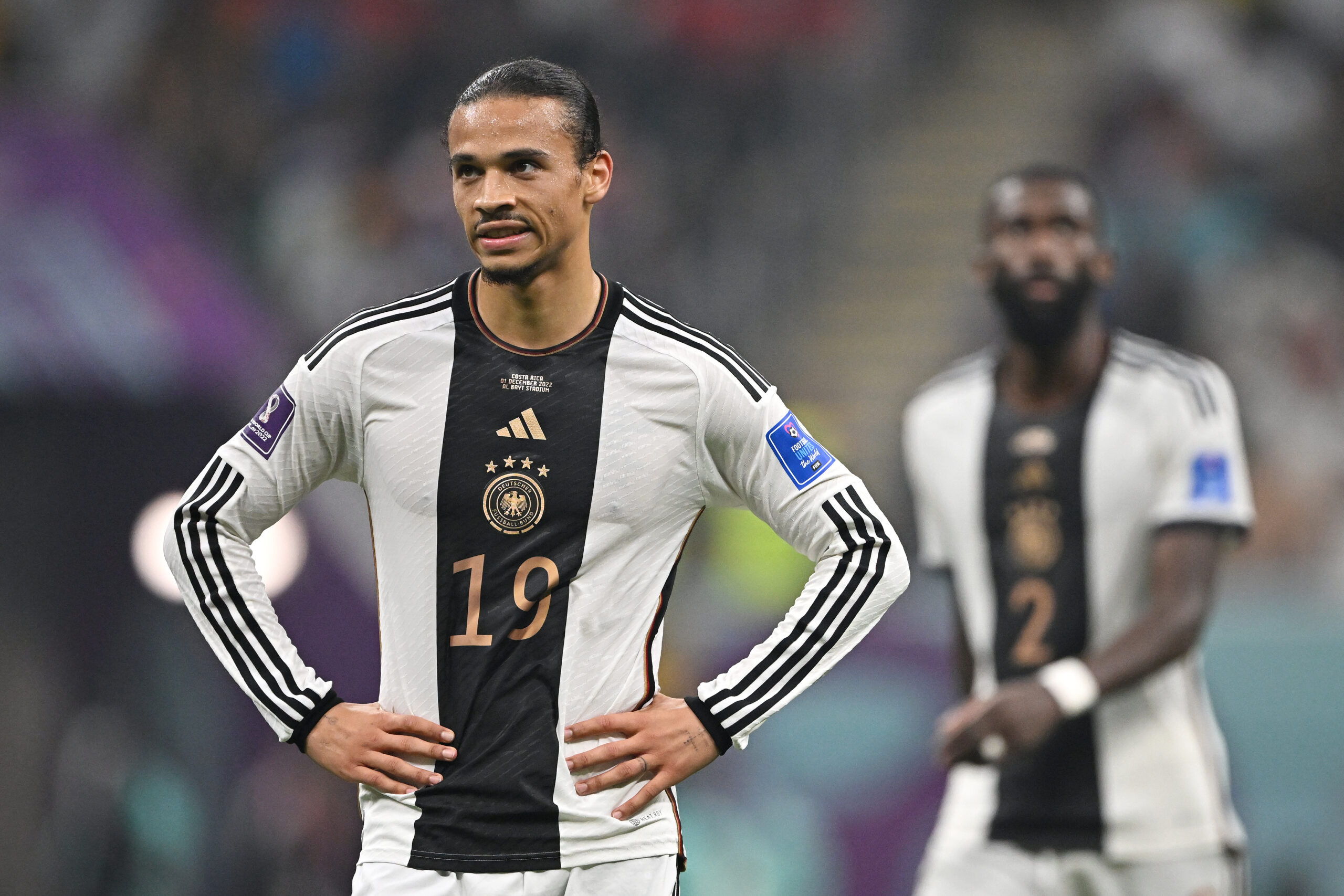 Did you enjoy the action yesterday? Unless you were a supporter of any of the teams involved, you almost certainly did.

In our column after that, we said that the drama meter had been dialled up to the maximum, and it seems no one cared to turn it back down even a little.

The Group F decided between Croatia and Belgium was an incredible game of missed chances galore, but what ensued in Group E was just absolute chaos. Here’s our attempt at recapping the action:

Canada had little to play for other than bragging rights and their first-ever World Cup points again Morocco, who had a great chance of advancing to the knockout stage, potentially as group winners.

They wasted no time consolidating their position, as Hakim Ziyech capitalised on a stray pass from Milan Borjan to send the ball into an empty net just four minutes in.

Youssef En-Nesyri made it two in the 23rd minute with a good finish at the end of a great run. An own goal from Nayef Aguerd halved his side’s advantage going into half-time, but there were no more goals in the second half.

So, Morocco did their part to ensure progression to the knockout phase and be in with a chance of topping the group, depending on what happened in the other match.

There was a slight possibility of both Croatia and Belgium advancing if they drew, but that required Morocco to lose to Canada.

The Atlas Lions took the lead very early on, though, so the two European nations knew that they were going head-to-head for a spot in the last 16.

A draw would be enough for Croatia, but the incentive for winning was the chance to top the group, which would theoretically result in an easier round of 16 tie.

They thought they would have a golden opportunity to take the lead just 15 minutes in when Anthony Taylor pointed to the penalty spot, but the decision was overturned by the tightest offside call we will possibly ever see.

Belgium had switched to a 4-2-3-1 system both in and out of possession, and after this close shave, they started to impose themselves on the match. However, they lacked a real box presence up top, but that changed when Romelu Lukaku came on at half-time.

To his credit, the Inter Milan striker provided just that, as he got on the end of a good deal of crosses. The problem, however, was that he inexplicably missed not, not two, not three, but all four big chances that fell his way.

The majority of Belgium’s 3.06 xG fell his way, but their failure to score a single goal meant they bowed out of the tournament with the highest single-match xG tally for a team that didn’t score. Following this result, Roberto Martínez announced that he would leave his role as Belgium’s manager.

Croatia finished second in the group with five points, while Morocco topped the table with seven.

Germany were looking to avoid a second-consecutive elimination from the group stage of the FIFA Men’s World Cup for the first time in their history.

They had to beat Costa Rica by a multiple-goal margin to have a chance of that and hope that Japan dropped points against Spain.

The Costa Ricans were also in contention for a spot in the round of 16, but they were always going to be the clear underdogs in this match.

They set out to defend in a 5-4-1 low block, but Germany were able to breach it regularly and needed just 10 minutes to take the lead through Serge Gnabry. They kept the pressure on, but Hansi Flick’s side started to look a little sloppy towards the end of the first half.

Costa Rica got into a couple of promising positions then, but failed to convert as they had done against Japan. Just over 10 minutes into the second half, Yashin Tejeda bundled the ball home after Manuel Neuer saved an initial headed attempt from Kendall Waston.

Germany went all out in search of a goal thereafter, hitting the woodwork three times but failing to find the back of the net.

Incredibly, Costa Rica took the lead in the 70th minute through Juan Pablo Vargas after a set-piece situation. At that moment, both Germany and Spain were on course for elimination. Just seconds after the restart, Kai Havertz equalised for the Germans.

The Chelsea man went on to put his side in front with five minutes left on the clock, and Niclas Füllkrug added a fourth late on, but even that was not enough for them to qualify.

Costa Rica also bow out of the group stages and do so by finishing at the bottom of the group, but boy did they have some fun along the way.

The other match was equally intriguing, as Japan and Spain started in second and first, but were both at risk of dropping out. Spain had a point advantage, so a draw would be enough for them to advance.

Luis Enrique’s men were also quick to take the lead, doing so in the 12th minute thanks to Álvaro Morata’s header. They looked very comfortable for the rest of the first half, so the only thing their manager would have asked for at half-time would have been another goal to cushion their advantage.

Goals would come early in the second half, but not for Spain. Hajime Moriyasu’s side had staged a comeback against Germany thanks to their substitutes just over a week ago, and they repeated that trick here.

Ritsu Doan scored with a thunderous effort just three minutes into the second half before Kaoru Mitoma set up a second another three minutes later.

The rest of the match was almost exclusively played in the Japanese third as Spain continuously probed their defence to equalise.

For all their possession, they simply could not create good chances as Japan’s deep defensive block stood firm, sealing a historic victory for the Samurai Blue.

With that, Japan advanced to the knockout stage as group winners, reaching the round of 16 in back-to-back tournaments for the first time in their history.

Spain will join them thanks to their vastly superior goal difference compared to Germany, and in a way, this benefits La Roja since their next opponents will be Morocco and not Croatia.

Tomorrow is the final day of the group stage, so these are the last four group games:

Ghana vs Uruguay (18:00 AST):
Need we say much about this game? Ghana will be out for revenge for what happened in the 2010 Men’s World Cup quarter-final, as their public enemy number one Luis Suárez will be hoping to fire Uruguay to victory. Only one of these two teams can advance to the knockout stage, and both need a win to be sure.

South Korea vs Portugal (18:00 AST):
Portugal are already through to the knockout stage and all but guaranteed to be group winners, so expect them to rest some of the stars against South Korea. Paulo Bento will not be on the touchline after getting sent off against Ghana, but his side will need to pull off an upset to be in with a chance of making the Round of 16.

Cameroon vs Brazil (22:00 AST):
Like Portugal, Brazil have also confirmed their spot in the last 16, so they too should take it a little easy against Cameroon. Rigobert Song’s side will be without André Onana after he was suspended from the squad and went back home, but the rest of the Cameroonian players could be following him quite quickly too. That is because they need a win in this game as well as a favourable result between Serbia and Switzerland to have a chance of progressing to the last 16, so their chances are not looking good.

Serbia vs Switzerland (22:00 AST):
Serbia were many people’s dark horses for this tournament, but things have not gone to plan for them as they just have a point after two games. That makes their final game a must-win, but the defensively solid Switzerland will make life very difficult for them.