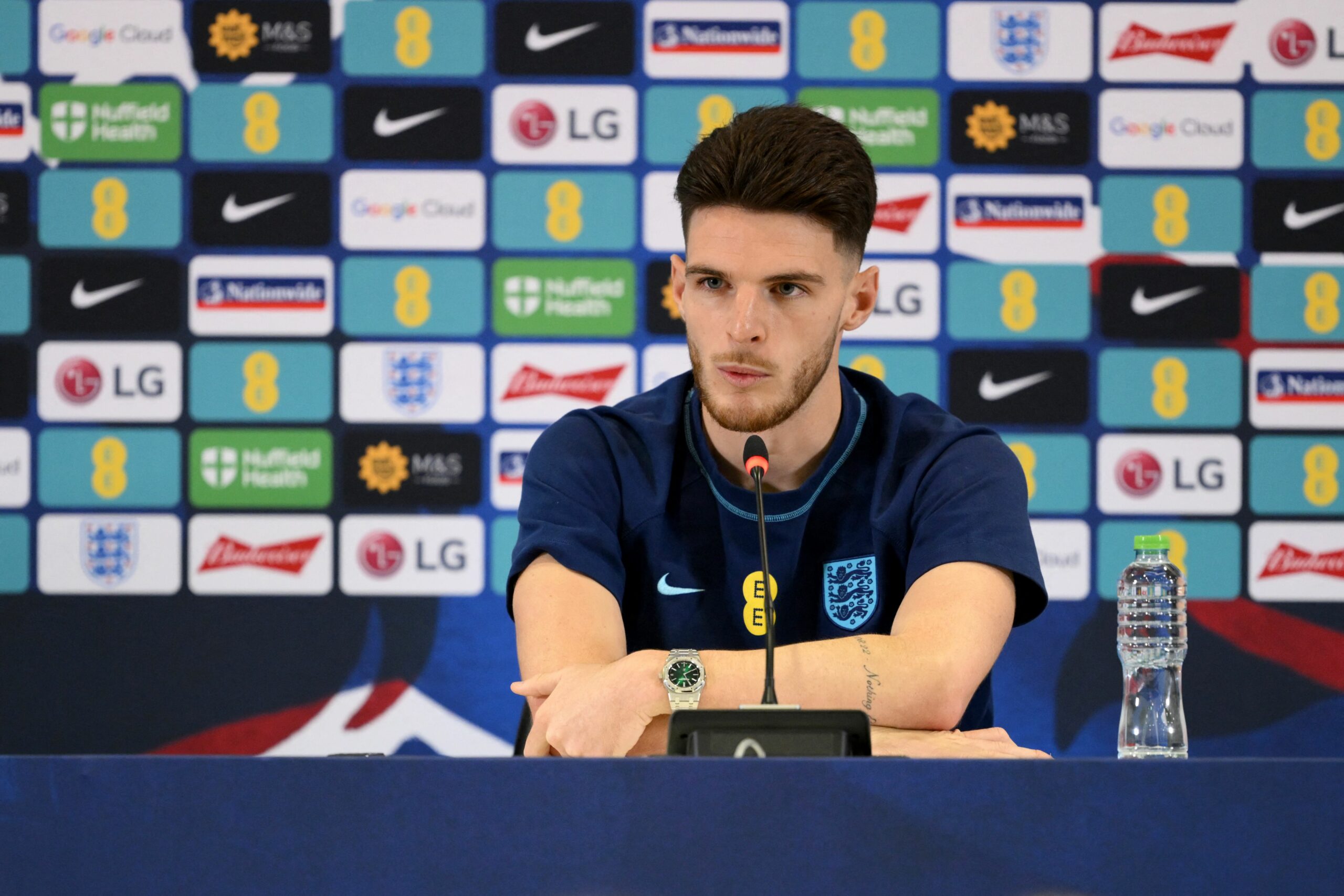 England midfielder Declan Rice has hinted at a possible departure from West Ham United after declaring ambitions to play in the Champions League and win trophies.

The 23-year-old has established himself as a pivotal cog in Gareth Southgate’s midfield alongside Borussia Dortmund’s Jude Bellingham in England’s run to the last 16 at the World Cup.

However, in his latest press conference from the Three Lions training camp, he revealed bigger aspirations to further his career, one that includes the prospect of Champions League football.

“I’ve been playing consistently well for the club – I feel like I really wanna keep pushing,” Rice told reporters (via Football Daily).

“I see my friends here, who are playing Champions League, winning the big trophies. You only get one career.

“At the end of your career, you want to look back at what you’ve won and the biggest games you’ve played in. I’m really ambitious, and I really want to do that.”

Rice began his career with Chelsea before joining the Hammers when he was released aged 14. He graduated through the youth ranks at West Ham and has since spent his entire senior career with the club.

Rice has been heavily linked with a move away from the London Stadium for several years now, but West Ham have been resilient in their quest to keep their captain.

The midfielder has never been shy of admitting his desire to play in the top European competitions and win trophies. However, he has only managed to feature in the Europa League with West Ham.

And with his club’s performance in the Premier League this season, Champions League football seems like a feat David Moyes’ men can only dream of rather than achieve.

Rice has made 15 league appearances for the Hammers this season, but his side currently sit in 16th place in the table after a horrid start to the season.

The midfielder has no shortage of admirers around Europe, with several top clubs waiting to snap him up, including his former club Chelsea.

Rice has never pushed for a move away from West Ham, and it remains to be seen if the club will entertain offers for their prized jewel.