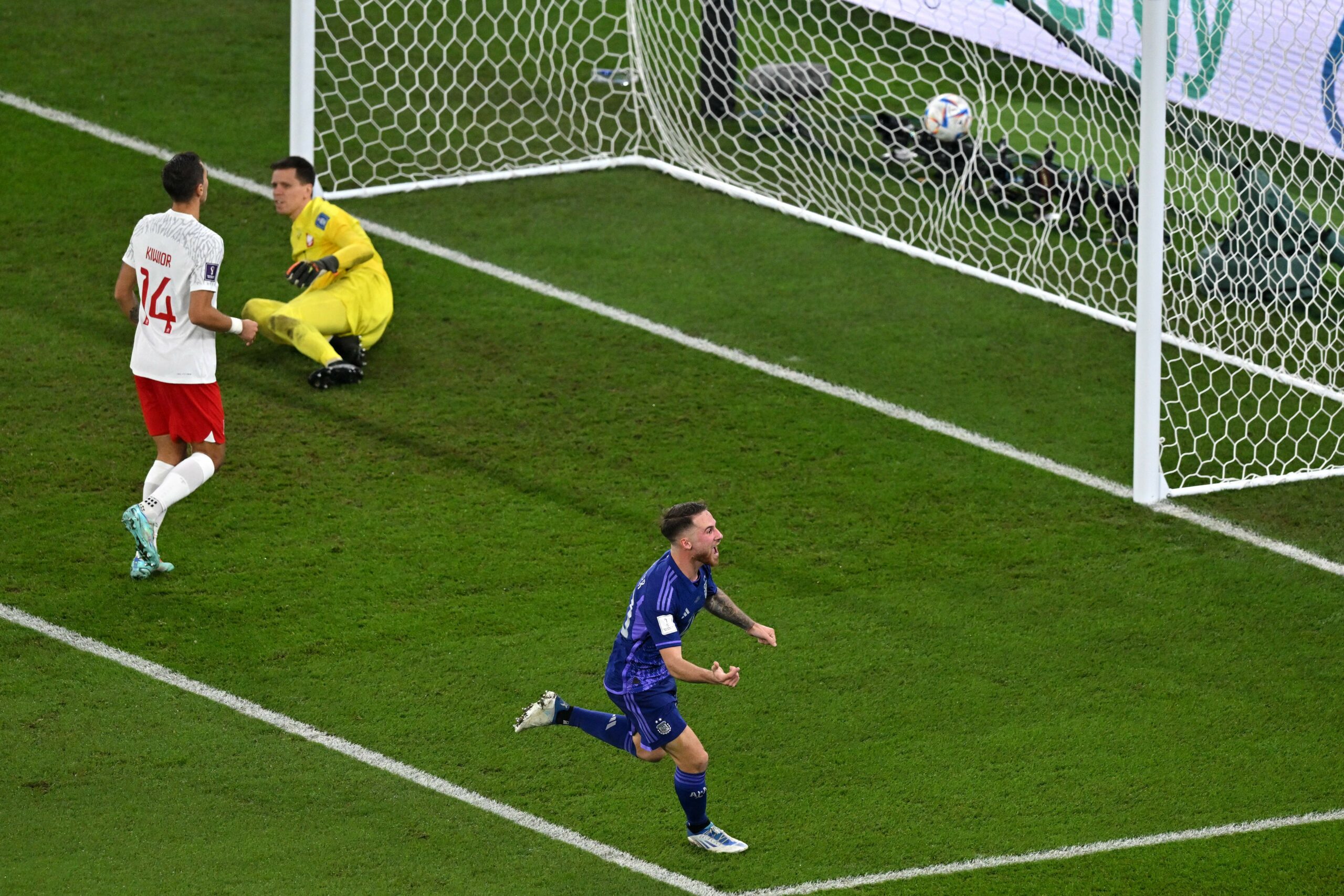 Argentina faced Poland today knowing they needed a win to secure qualification and the top spot in their World Cup Group C campaign.

Mexico had to win and secure a higher goal difference than Poland to finish second.

With Argentina and Mexico both leading 2-0, Poland were clinging onto second spot as they had received fewer yellow cards. However, Saudi Arabia scored a late goal to settle matters.

Here’s the round-up from the final matchday of Group C.

Lionel Messi tested Wojciech Szczesny from the edge of the box in the 12th minute, but the Juventus goalkeeper was up to the task.

Moments later, Messi found Marcos Acuna down the left, but he fired wide after cutting onto his right foot.

The South Americans were not silky and smooth in their approach, but they kept coming.

Szczesny had to keep out Julian Alvarez with his feet after 28 minutes before Acuna’s shot flew narrowly wide.

Eight minutes later, he had to save the Manchester City man’s left-footed effort and shuffled quickly to swat a cross back into the box.

The goalkeeper’s hand caught Messi’s face, but it was accidental. VAR called the referee’s attention to it, and the Albicelestes received a penalty. It was an odd decision.

Messi stepped up to take the penalty, and the Polish number one stared him down. Szczesny, who has already saved one penalty kick in Qatar, guessed the right way and stopped it.

Argentina had Poland on the ropes, but they survived the first half.

Kamil Glik glanced a header just wide of the post from a free-kick. Then Messi went on a vintage run before firing wide.

Minutes later, Argentina doubled their lead. Enzo Fernandez drove to the edge of the box before sliding the ball for Alvarez, who finished ruthlessly. It was his fourth goal in five starts for his country.

Poland were in deep trouble, and it could have been worse, but Szczesny denied Messi again. Alvarez tried his luck again moments later and wasn’t far away.

Substitute Lautaro Martinez shot wide late in the game with only the keeper to beat. In additional time, substitute Nicolas Tagliafico forced a brilliant save again from Szczesny after a delightful chip.

Saudi Arabia returned to the venue where they earned a famous victory against highly-touted Argentina in the first round.

It was a fast-paced start from both sides. Luis Chavez fired wide from range before Yahya Al-Shehri produced a weak volley from a decent chance.

Mexico broke out to counter in the fifth minute, and electric winger Alexis Vega was through on goal. However, Mohammed Alowais came out early to smother.

After a tireless opening period, the game began to settle. In the eighth minute, Al Owais had to cut out a dangerous cross for Henry Martin.

Mohamed Kanno then dipped a dangerous free-kick just over the crossbar, while Orbelin Pineda fired a decent effort that two defenders had to divert before Al Owais saved.

Mexico thought they had the lead when Pineda connected with a cross, but Sultan Al-Ghanam prevented it from crossing the line.

The momentum died with niggling fouls ruining the flow until half-time. Just before the break, Ali Al Hassan headed an Al-Ghanam cross, but it went wide when he should have hit the target. Saudi Arabia held on, but their attack was almost non-existent.

After the break, Mexico got the lead their dominance deserved. They won a corner and got a flick on before Martin slid in to finish.

Mexico quickly doubled their lead through Chavez. They won a free kick, and the Pachuca midfielder fired a peach of a ball into the top corner.

El Tri thought they had three moments later when Hirving Lozano put the ball in the net, but the flag went up for offside.

Al Owais denied Lozano from close range as Mexico pushed to finish second in the group. Martin was next to come close with a well-taken volley inside the box.

Chavez tried to make lightning strike twice when he struck a free-kick. However, the Saudi Arabia keeper fisted the ball away.

Substitute Uriel Antuna put the ball in the back of the net in the 87th minute but was ruled offside after making his run early.

Early into additional minutes, Lozano tried the keeper again, but he parried the effort.

As Mexico poured everyone forward they left gaps at the back. Saudi Arabia countered and Salem Al-Dawsari finished past Guillermo Ochoa.

Argentina and Poland advance to the round of 16. Argentina will face Australia on December 3, while Poland will take on France the following day.