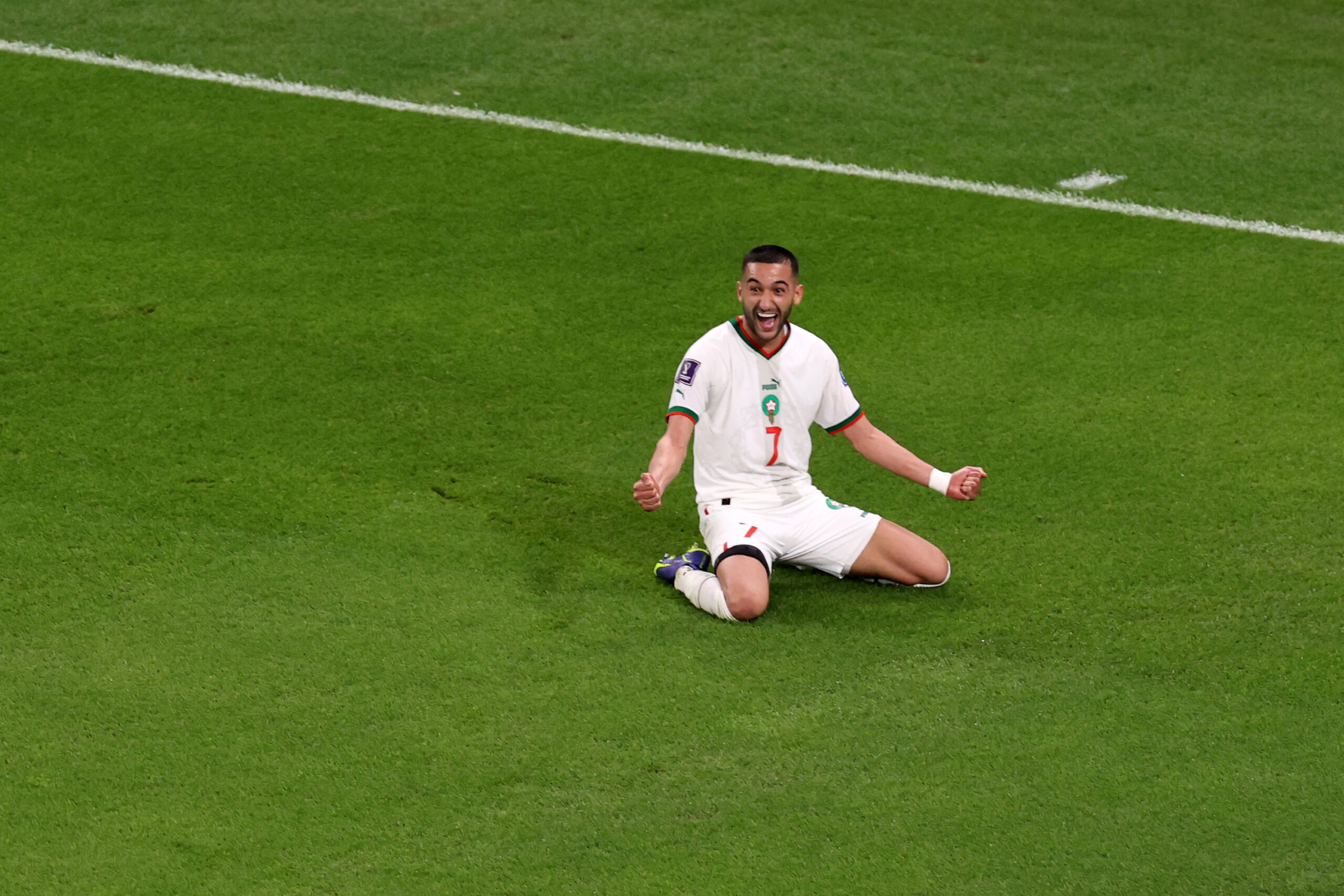 One step away from fashioning a massive upset in the 2022 World Cup Group F, Morocco take on already doomed Canada on Thursday at 3.00 pm with everything to play for at Al Thumama Stadium.

Despite finally breaking their scoring World Cup drought in an embarrassing 4-1 defeat at the hands of Croatia last time out, the Canadians are no longer in the qualification picture.

Bayern Munich star Alphonso Davies made history by becoming the first Canadian to find the net at a World Cup. Yet it didn’t help John Herdman’s lads avoid another disappointing result at the tournament.

The Maple Leafs now run the risk of going home winless, as they did in their only previous World Cup appearance at Mexico in 1986, highlighting their desperation to put the Moroccans to the sword here.

With Canada still chasing their first-ever triumph at a World Cup, Morocco’s effort to make it out of the tournament’s group stage for the first time since 1986 will be under serious threat.

Following a heroic goalless draw with the 2018 World Cup beaten finalists Croatia on day one, Walid Regragui’s men stunned FIFA’s #2-ranked side Belgium 2-0 to set themselves up nicely for the final group round.

Aware that a draw against Canada would do the trick, the Atlas Lions will rely on their fierce defence to help them become the second African side to go an entire World Cup group phase without conceding.

Already eliminated from the Qatar showpiece following back-to-back defeats, Canada could equal a piece of unwanted history and become the first nation since El Salvador to lose their first six World Cup games.

The chances of them avoiding that feat are bleak, considering the Maple Leafs lost their only previous match against a nation from the CAF confederation by 2-0 at the hands of Cameroon.

Herdman can still call upon the services of Davies and Lille frontman Jonathan David to upset Morocco and give either Croatia or Belgium a helping hand.

Unfortunately for Canada, Regragui has transformed Morocco into a water-tight defensive unit, with the Atlas Lions registering six consecutive clean sheets in the build-up to this fixture.

Indeed, it’s been more than ten hours of football since Regragui’s side last conceded a goal, as South Africa’s Lyle Foster netted against them in June.

Emulating that kind of defensive resilience could be critical to the Moroccan’s bid to post only a fourth victory in their 19th World Cup outing (D6, L9).

Morocco’s first-ever encounter against a non-European nation at the World Cup finals pits them against a Canada side they have never lost to across three previous meetings (W2, D1).

The Moroccans strolled to an overwhelming 4-0 victory when they last met the North American strugglers in a friendly back in October 2016.

Though the Canadians have nothing but pride left to play for, they could still have a massive impact on the final standings in Group F.

Regardless of the outcome of the group’s other meeting between Belgium and Croatia, Morocco will advance into the knockout stage if they avoid defeat here.

While Herdman’s Canada won’t roll over, as evidenced by their spirited performances in both matches in Qatar, we expect the Africans’ impenetrable backline to catapult them into the round of 16.