World Cup Group B round-up: England cruise through and US narrowly defeat Iran 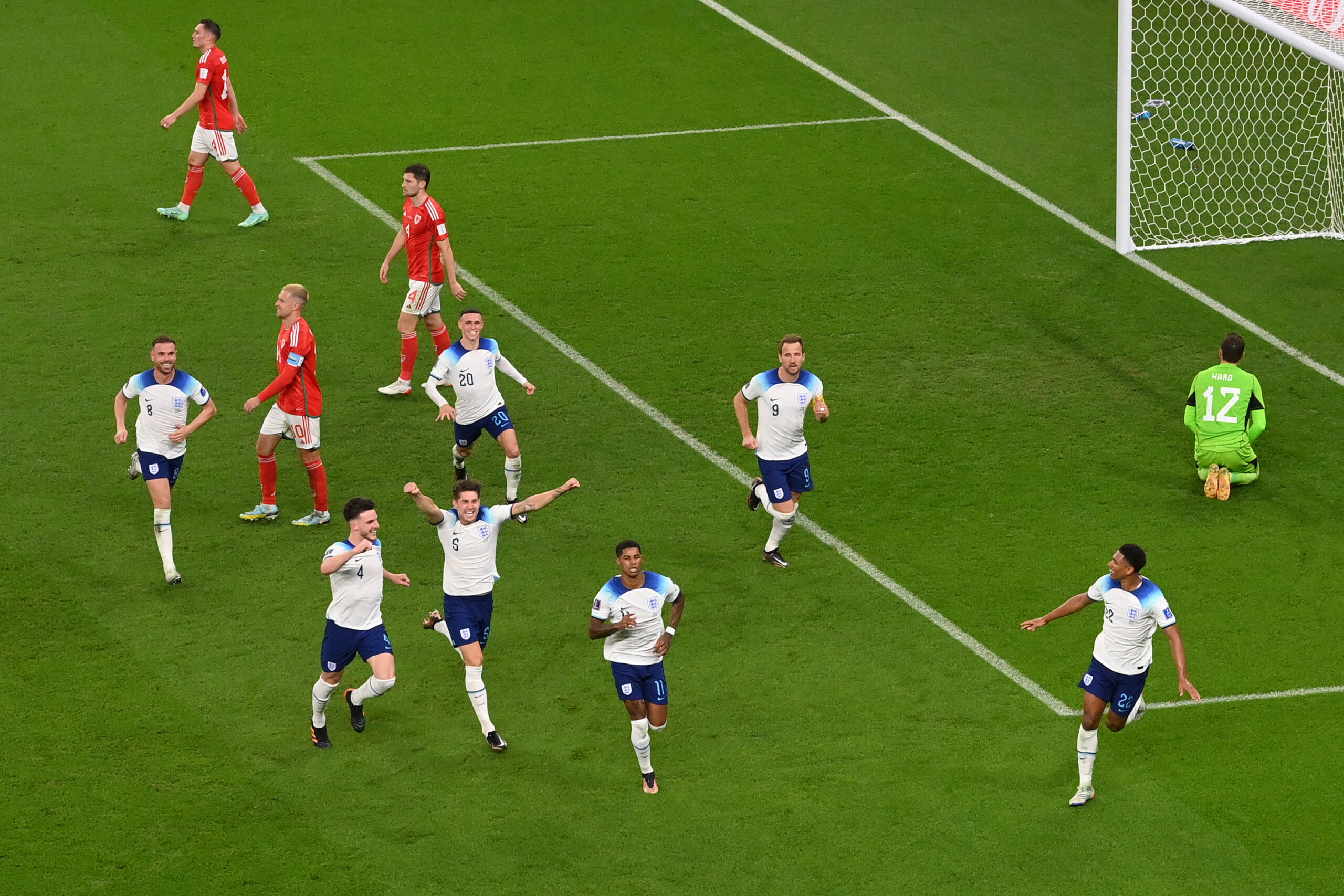 England and the United States booked their place in the knockout stage with victories over Wales and Iran today.

Going into matchday 3, the Three Lions knew that a win would guarantee first place in the group. Iran sat in second, with the US needing three points to take them through.

As for Wales, they could have snuck through had they defeated England and other results gone their way.

But it wasn’t to be for the Dragons, who fell to a 3-0 defeat. The victory for Gareth Southgate’s men sets up a round of 16 tie with Senegal. Meanwhile, the US will face Netherlands in the next round after their 1-0 win.

The first half was fairly uneventful. England dominated possession and applied a lot of pressure to the Wales backline, but were unable to create much aside from a chance for Marcus Rashford.

Early in the second half, they took a commanding lead with two quickfire goals. First, Rashford struck a fine free-kick into the top corner for his second goal of the tournament.

Just a minute later, England doubled their lead. Harry Kane’s low cross found Phil Foden at the back post, and the Manchester City man tapped in to make it 2-0. The assist was Kane’s third of the World Cup, making him the tournament’s leading playmaker.

It was a comfortable evening from then on for the one-time world champions, who put the finishing touches on a good performance with a third goal.

Rashford was again on target, slamming through the legs of Danny Ward. This took him into joint-first in the Golden Boot race, alongside Kylian Mbappe, Enner Valencia and Cody Gakpo.

Down the other end, Wales offered very little in attack. Joe Allen and Kieffer Moore had long-range efforts which sailed harmlessly off target, and Pickford was forced into a save after Moore’s shot took a huge deflection.

The win ensured that England finished top of the group with seven points. They will face Senegal on Sunday in the round of 16.

Robert Page’s men were eliminated after collecting just one point and scoring once. After the match, record goalscorer and captain Gareth Bale hinted that he is not yet ready to retire from international football.

Things were a lot closer in the other Group B match. Iran only needed a draw to progress, while the US knew that anything other than a win would see them knocked out.

The Stars and Stripes enjoyed the better of the opening exchanges. Timothy Weah twice came close to giving his side the lead, having one header saved and firing another effort over the crossbar.

Their pressure continued, and it eventually paid off in the 38th minute. Sergino Dest nodded across for Christian Pulisic, who tapped in from close range to break the deadlock.

The US thought they had a second just before half-time when Weah finished brilliantly from Weston McKennie’s through ball. However, the flag went up, with replays confirming that the forward was narrowly offside.

Needing a goal, Iran came out in the second half looking far more threatening. Their best two chances of the latter period fell to Saman Ghoddos, who directed one header over the bar and had another shot drift just wide of the post.

In the dying seconds, Mehdi Taremi had a sight of goal but was smothered by American goalkeeper Matt Turner. The forward desperately appealed for a penalty, but referee Antonio Mateu Lahoz was unmoved.

The win means the US will face Group A winners Netherlands in the round of 16. It wasn’t all good news, however, with star man Pulisic hobbling off with an injury in the first half.

As for Iran, they were once again knocked out in the group stage, having never progressed to the World Cup knockout phase in six attempts. Nonetheless, their triumph against Wales was only their second-ever win on the biggest stage.