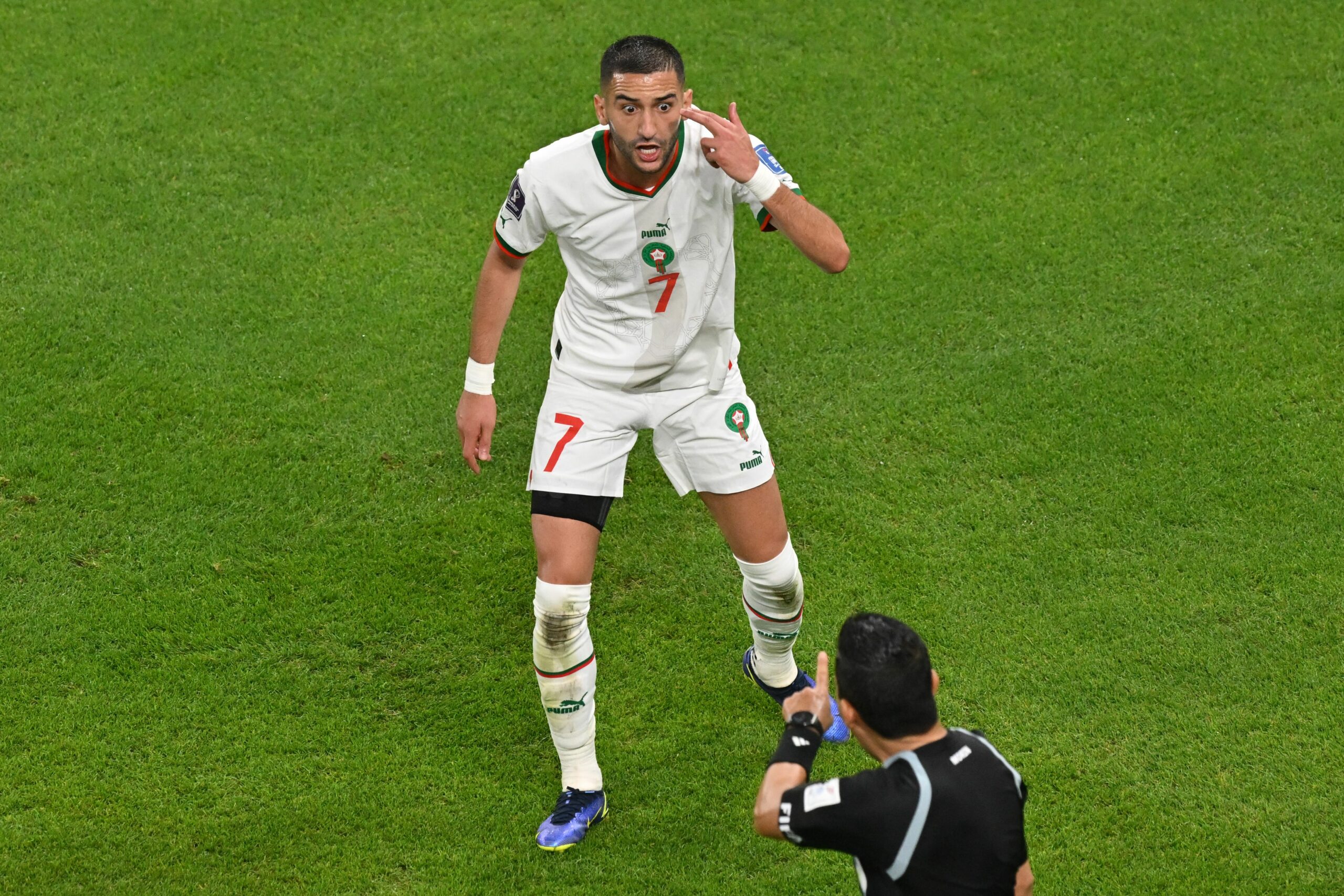 AC Milan are planning to sign Chelsea star Hakim Ziyech in the January transfer window, according to Gazzetta dello Sport.

The Moroccan star arrived at Stamford Bridge in 2020 on the back of an eye-catching stint at Ajax but has failed to live up to expectations in the Premier League.

Ziyech has struggled to nail down a regular place in the starting XI and was desperate to leave the Blues last summer to save his declining career.

AC Milan and Ajax showed interest in his services, but a deal never came to fruition.

He has been further pushed to the fringes this season, making only one league start out of a possible 14.

However, the ongoing Qatar World Cup has been a breath of fresh air for the Moroccan international, who recently inspired his side to a massive 2-0 victory over Belgium.

Milan are still interested in Ziyech and have been impressed with his upturn in form at the World Cup.

The Rossoneri are looking to sign the former Ajax star on loan in January with a mandatory purchase option worth around €15 million for next summer.

The Serie A champions want to reinforce their attacking options in the January transfer window, with Ziyech on top of their wishlist.

Morocco’s head coach Walid Regragui praised Ziyech following the win against Belgium, saying that the Chelsea playmaker can perform at the highest level if given complete confidence.

The Atlas Lions are second in Group F and will need a win against Canada in their final group stage game to seal their berth in the round of 16.

RB Salzburg’s talented striker Noah Okafor is another top target for Milan, and he is available for around €40m in the winter transfer window.