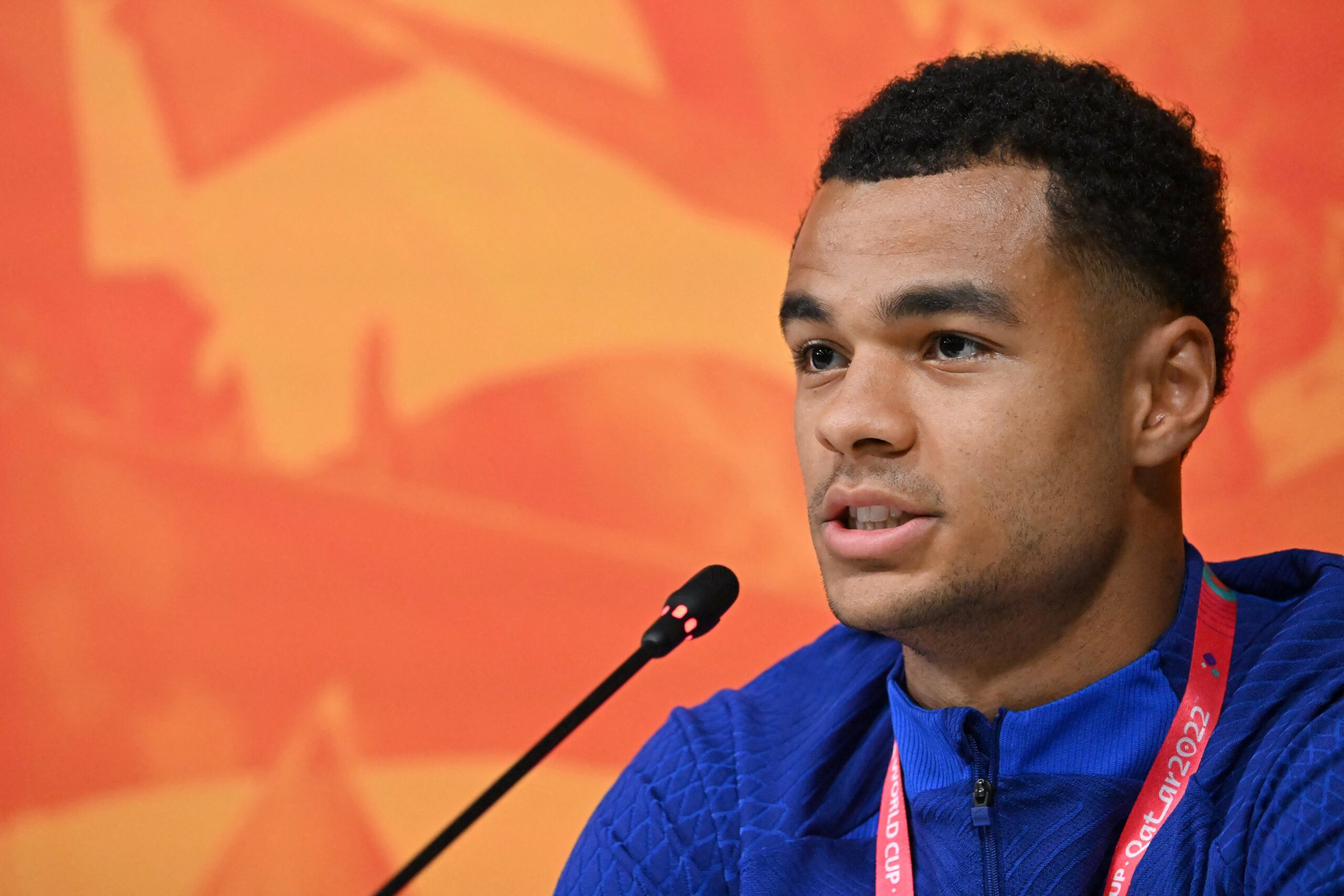 PSV Eindhoven and Netherlands youngster Cody Gakpo has responded to speculation linking him with a move away from the Eredivisie.

The 23-year-old’s performances have attracted interest from several European giants, including Manchester United and Arsenal.

However, Gakpo has insisted that he is not paying attention to speculation over his future as he is focused on representing his country at the World Cup.

Gakpo has refused to get carried away with his immediate focus on helping Louis van Gaal’s side progress to the last-16 stage in Qatar but admitted ‘anything is possible’ when asked about a potential transfer.

Speaking ahead of the Netherlands’ final group match against Qatar (via The Athletic), Gakpo said: “I’m focused now on the World Cup. It’s always nice to hear, but I just focus here and do my best.

“I don’t get shy about the rumours. But it’s a team sport – it’s not about one person. I prefer it to be about the team. It’s nice things that people write, but I’m not too concerned with that.

Gakpo was heavily linked with United last summer, but the move did not materialise with Erik ten Hag opting to sign Antony instead.

However, the youngster has announced himself further to the world in this edition of the showpiece tournament, grabbing two goals against Senegal and Ecuador.

He is a pacey and bullish forward capable of featuring anywhere across the front three but insisted he wants to improve further and continue helping his country.

“I’m not surprised,” he added. “I know what I’m capable of, but it’s always a challenge to reach your highest level – that’s possible. I’m not there yet – I can improve in a lot of things.

“I know I scored two goals this World Cup. But that’s not the focus right now. I can improve, and I want to help the team. It’s about being the best team in the end.”

When asked if he is open to a move in January, Gakpo replied: “Right now, I’m busy with the Dutch team. I’ll see what happens in the winter. In football, anything is possible.”

Gakpo has been in form for his club side this term, contributing nine goals and 12 assists under the stewardship of Ruud van Nistelrooy at PSV.