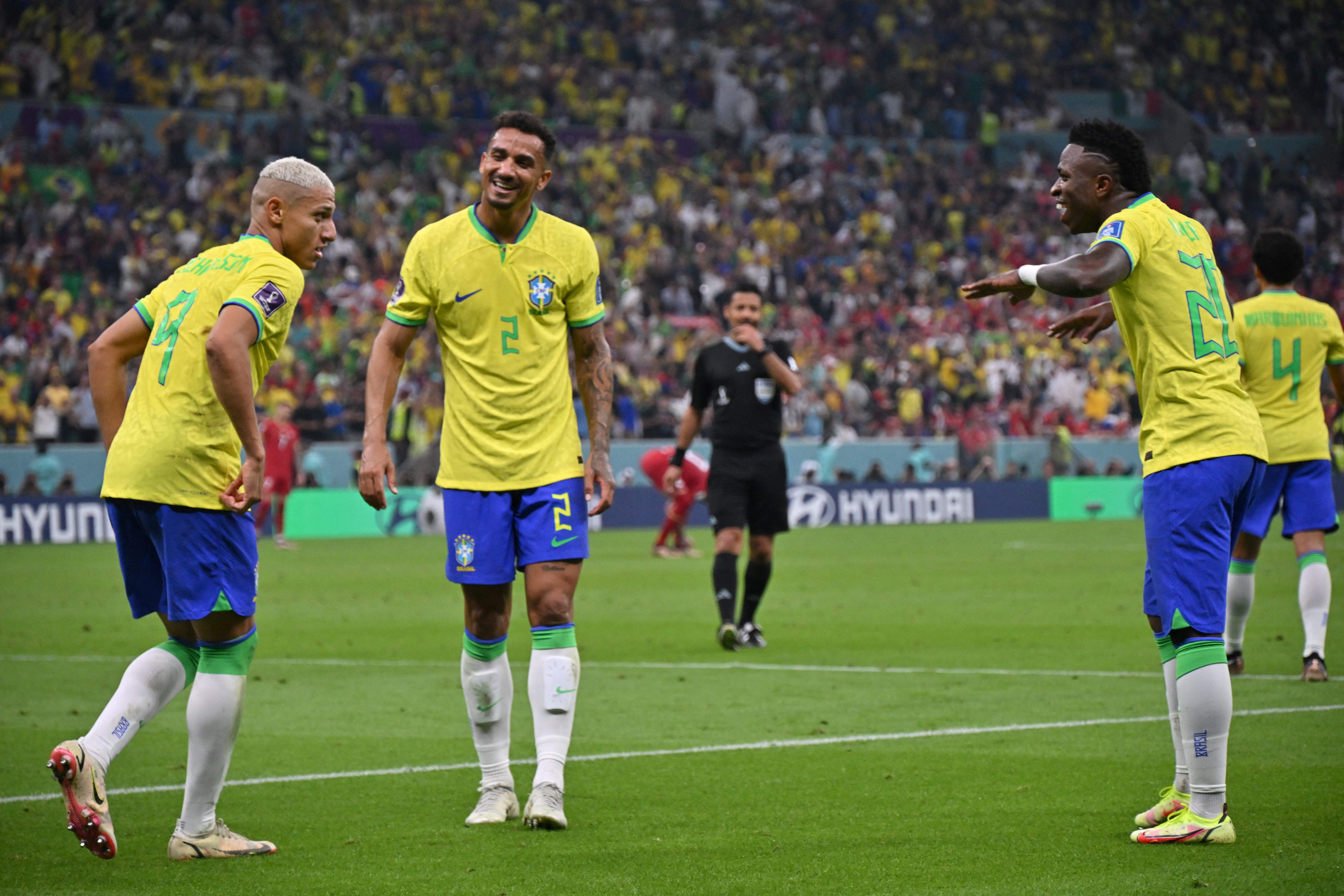 Tite’s men lived up to their tag as pre-tournament favourites in their opening game against Serbia, as Richarlison’s second-half brace fired them to a clear-cut 2-0 victory.

Despite dominating a star-studded Serbian side, the Selecao were left in agony as marquee forward Neymar had to limp off the pitch in tears late in the match.

Tipped to miss out on the rest of the group stages, the Paris Saint-Germain superstar should have plenty of time to recover, with Brazil reaching the World Cup quarter-finals in the last seven tournaments.

While Tite has an array of world-class attacking talents to choose between in Qatar, Neymar’s injury may force some tactical alterations for the upcoming encounter against Switzerland.

It was a dream World Cup debut for Swiss boss Murat Yakin.

Yaounde-born striker Breel Embolo slotted home a second-half winner to sink Cameroon 1-0 and get his team’s 12th appearance in the tournament off to a flying start.

Like four years ago, Switzerland will have to cope with Brazil in the group stage, but after qualifying for the knockout phase in Russia, they will show up in a confident mood.

Brazil’s triumph against Serbia took their unbeaten run in the World Cup group stages to 16 matches, putting them on the brink of an unprecedented achievement.

With no nation ever going 17 group games without losing at the World Cup, the Selecao could make history on Monday by extending their eye-pleasing 16-fixture undefeated streak in international football (W13, D3).

Yet facing European countries has not always been comfortable for the Brazilians, considering they last won back-to-back World Cup clashes against teams from the UEFA confederation in 2006.

Likewise, Switzerland’s all-time World Cup record against CONMEBOL nations spells disaster, with La Nati only winning one of their eight previous such match-ups at the tournament (D2, L5).

Not only Brazil could achieve glory on Monday, as Switzerland aim to win back-to-back World Cup matches for the first time in the country’s history.

Yakin’s men have already proved they can deal with the pressure when the stakes are high this year, having overcome FIFA’s top-ten ranked Portugal and Spain in the 2022 UEFA Nations League.

The spoils were shared in a dramatic 2-2 draw when Brazil and Switzerland first locked horns at the World Cup finals back in 1950.

Fast forward over half a century, they played out another draw as Steven Zuber’s equaliser cancelled out Philippe Coutinho’s opener during a 1-1 stalemate in the 2018 group stages.

Since both sides recorded one single-goal margin triumph apiece across their two friendly meetings in the 21st century, this promises to be a keenly-contested affair.

Despite Neymar’s absence, Brazil should secure progression into their 14th knockout appearance at the World Cup.

With the out-of-this-world attacking potential in their ranks, the Selecao will likely face a defensive-minded Switzerland side.

Although Yakin’s men could prove much more resilient than Serbia, they should encounter the same fate as their fellow European rivals.