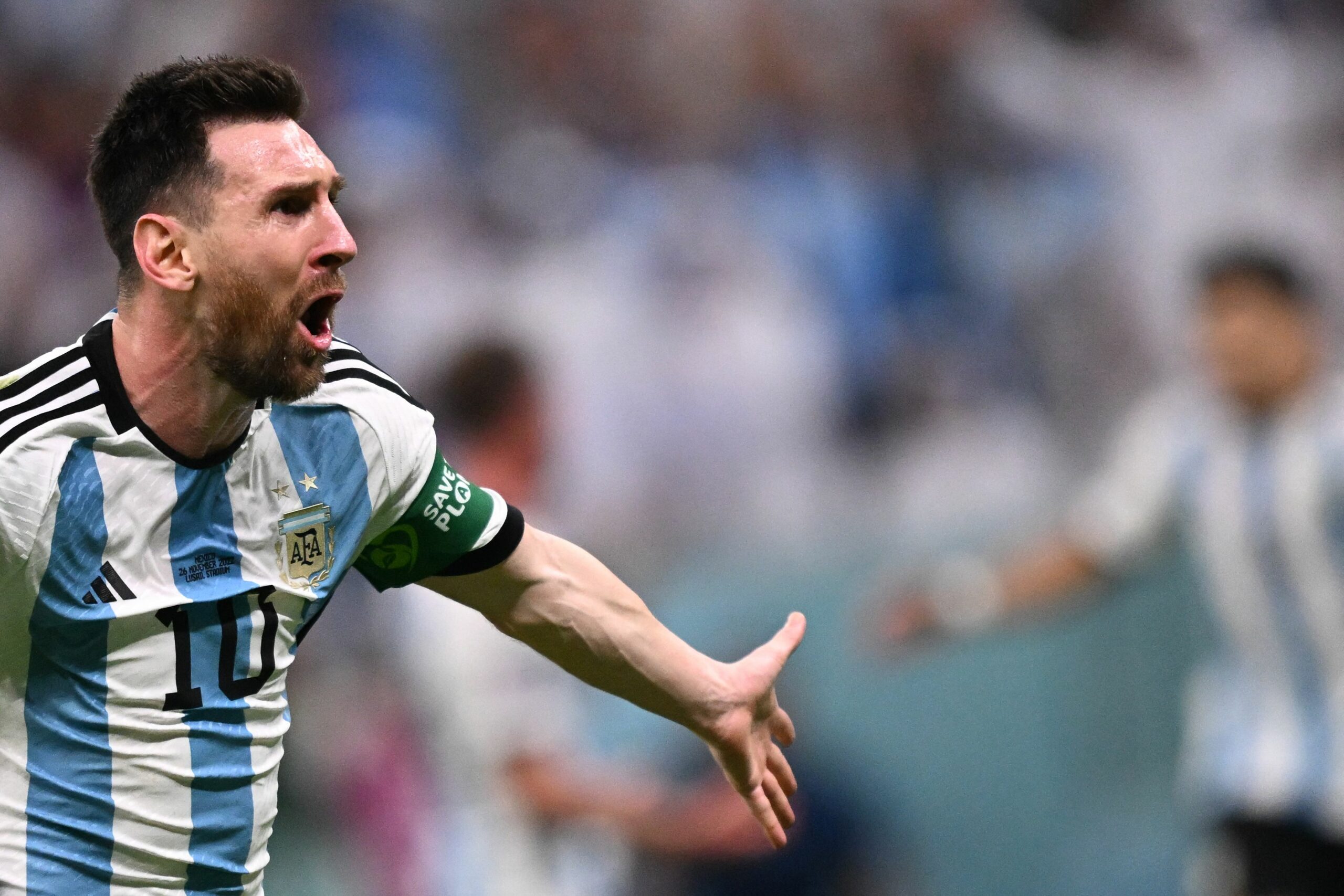 One week has passed since the 2022 World Cup kicked off, and we are already starting to see some make-or-break fixtures and decisive results.

Groups C and D were in action and provided plenty to discuss, although much remains to be decided next week.

After their encouraging draw with Denmark, Tunisia took on Australia in Group D to get the ball rolling on day seven.

Tunisia’s 3-4-3 system matched the Danes well, but it seemed a misfit against Australia’s 4-4-2 block, which was not tested much in the first half.

The Socceroos did not create much from open play either, but a brilliant glancing header to the far post from Mitchell Duke gave them the just before the half-hour mark, and they took it into half-time.

Tunisia switched to a 4-3-3 for the second half. Although they did not look particularly slick, they did start cranking up the pressure as the half wore on, forcing Australia to defend a lot more and a lot deeper.

Thankfully for them, some heroic individual performances from the likes of Aaron Mooy (12 recoveries, 5/8 duels won), Kye Rowles (10 clearances, six tackles and interceptions) and Harry Souttar (six clearances, three blocks) got them over the line.

This win puts Australia right in contention for the knockout stage heading into their final group fixture against Denmark, but Tunisia have a mountain to climb if they are to make it to the round of 16.

Saudi Arabia’s win over Argentina was a historic moment in the footballing history of the country, but in the context of this World Cup, it would not be too meaningful unless they backed it up with results in their next matches.

They looked intent on doing just that against Poland, who struggled to keep up with their intensity, especially in the first half. Saudi Arabia kept close to 60% of possession and suffocated their opponents with their counter-pressing, but Poland made the most of the one notable chance they created to take the lead.

The Falcons’ best opportunities came right at the end of the half when Salem Al-Dawsari stepped up to take a penalty, but his effort was saved by Wojciech Szczęsny, who was also agile enough to get back up and tip the follow-up shot over the bar.

The second half saw Saudi Arabia’s domination on overall play continue, but as the final whistle came closer, they were forced to take more risks going forward. This left them a little more vulnerable to Poland’s counterattacks, which gave us a very entertaining contest to watch.

The decisive moment came in the 82nd minute when Robert Lewandowski capitalised on an error to score his first-ever World Cup goal.

That places Poland at the top of their group before the final games are played, but Saudi Arabia very much remain in contention for a knockout spot too.

If their performance is anything to go by, they are sure to seriously challenge Mexico on Wednesday.

Defending champions France looked untouched by the curse of the champions, as they got the better of Denmark to become the first side in Qatar to seal their spot in the round of 16.

The first half ended goalless once again, and while possession was shared almost equally, chances were not. Denmark could barely get a sight of goal as France outshot them 13-2, so it only seemed a matter of time before they took the lead.

That time came just after the hour-mark when Kylian Mbappé combined with Theo Hernández down the left flank to put France in front.

The Danes continue to look flat in open play, but they were quick to equalise from a corner, as Andreas Christensen headed the ball home in the 68th minute.

The match looked to be heading for a draw, but another moment of Mbappé magic changed the game late on.

With just a few minutes left on the clock, the Paris Saint-Germain star made a brilliant run towards the back post to get on the end of a pinpoint ball from Antoine Griezmann, which he then bundled in.

The difference between drawing and being defeated was not a lot for Denmark, as they would have to beat Australia on the final day to finish second in the group either way in almost all likelihood.

The same could not be said of Argentina in their match against Mexico, because defeat for them would spell elimination. A draw would also take things out of their hands a bit, so they really needed to win.

With that context in mind, their first-half performance was absolutely dismal. Lionel Scaloni made five changes to the side that started against Saudi Arabia (who, in fairness, performed fairly well in that first half), and it all looked very incoherent.

Argentina’s midfield was almost non-existent in possession, so Mexico easily contained them in their 5-3-2 mid-block, leading to there being four times as many fouls (16) as shots in the first half (4).

At times like these, it helps to have one of the greatest finishers and long-range shooters of all time.

Lionel Messi’s strike was Argentina’s first shot on target of the match, but it was indescribably important. Their second and final one came from Enzo Fernández, who also got on the scoresheet late on to seal a massive win for his side.

There are some more potentially decisive fixtures to come tomorrow, so here is what you should be looking forward to:

Japan vs Costa Rica (13:00 AST):
After their surprise victory over Germany, Japan will look to potentially seal a knockout berth by beating Costa Rica, who did not look very competitive against Spain, to say the least.

Belgium vs Morocco (16:00 AST):
Belgium were unconvincing in their first match of the tournament against Canada, but crucially, they got the job done and came away with a win. Roberto Martínez will be looking for a much better performance against Morocco, who will be no pushovers either.

Croatia vs Canada (19:00 AST):
Canada’s quest for their first-ever World Cup goal and victory continues against Croatia, who kept a clean sheet in their draw with Morocco last time out. Both sides will be looking for a win to properly place themselves in contention for a top two finish in their group.

Spain vs Germany (22:00 AST):
Arguably the biggest fixture of the group stage so far, both in terms of team quality and stakes, is set to round off tomorrow’s action. Germany cannot afford to lose if they are to avoid a second consecutive group stage exit in the World Cup, but that will not be an easy task against the side that scored just over 17% of the goals in the first round of fixtures.