Manchester United eye Victor Osimhen as a replacement for Ronaldo 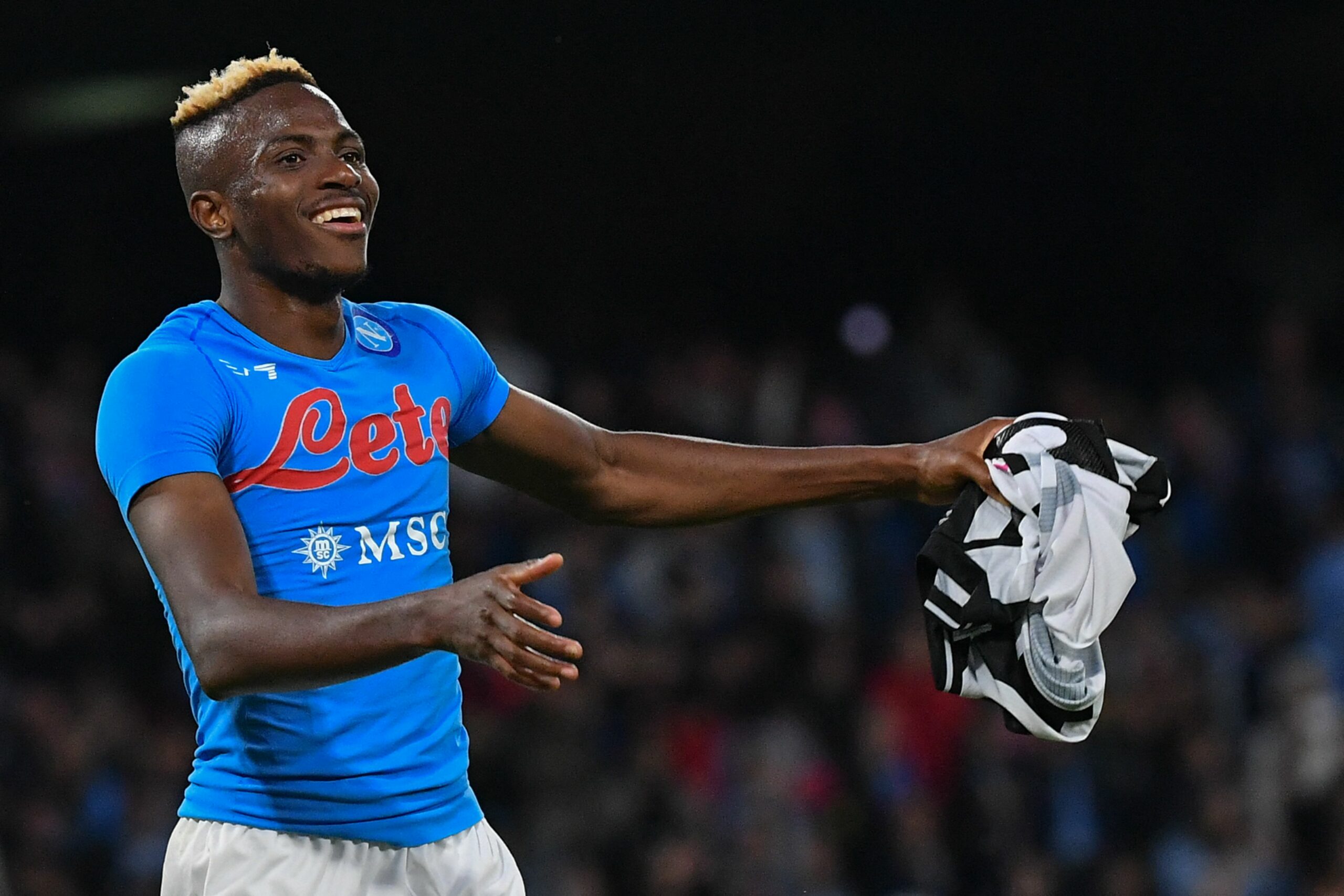 Manchester United have intensified their search for a new striker following Cristiano Ronaldo’s exit from the club.

The Portuguese star caused a stir following his tell-all interview with Piers Morgan, during which he accused the Reds Devils of not letting him leave last summer.

He also slammed manager Erik ten Hag over his lack of game time and the Glazer family for the club’s lack of success under their ownership.

The Red Devils parted ways with the 37-year-old in the wake of his allegations, terminating his contract with immediate effect.

United are now exploring options to bring a striker in the January transfer window to fill the void.

According to German journalist Florian Plettenberg, United have set their sights on Napoli striker Victor Osimhen as a potential target.

The Nigerian international is regarded as one of the best strikers in Europe at the moment, scoring goals with incredible consistency over the last two seasons.

The 23-year-old was on United’United’sst last summer, but the Neapolitans were reluctant to sell him.

The Red Devils continue to show interest as they believe that the Super Eagles striker can enhance the squad.

United have lacked a consistent goal scorer over the years, and Osimhen would be a great addition to revamp their attack.

However, a transfer in January looks highly impossible as Luciano SpalleSpalletti’sre unlikely to sell their star player midway through the season when they are challenging for the Scudetto and Champions League.

United are reportedly unwilling to spend more than €100 million for Osimhen, whose contract at Diego Maradona Stadium expires in 2025.

Depay is the cheapest option available as Barcelona are willing to offload him for as little as €5m in the January transfer window.

Plettenberg also reports that United are working on a deal to bring back the Dutch forward to Old Trafford, with Ten Hag keen to sign his compatriot.