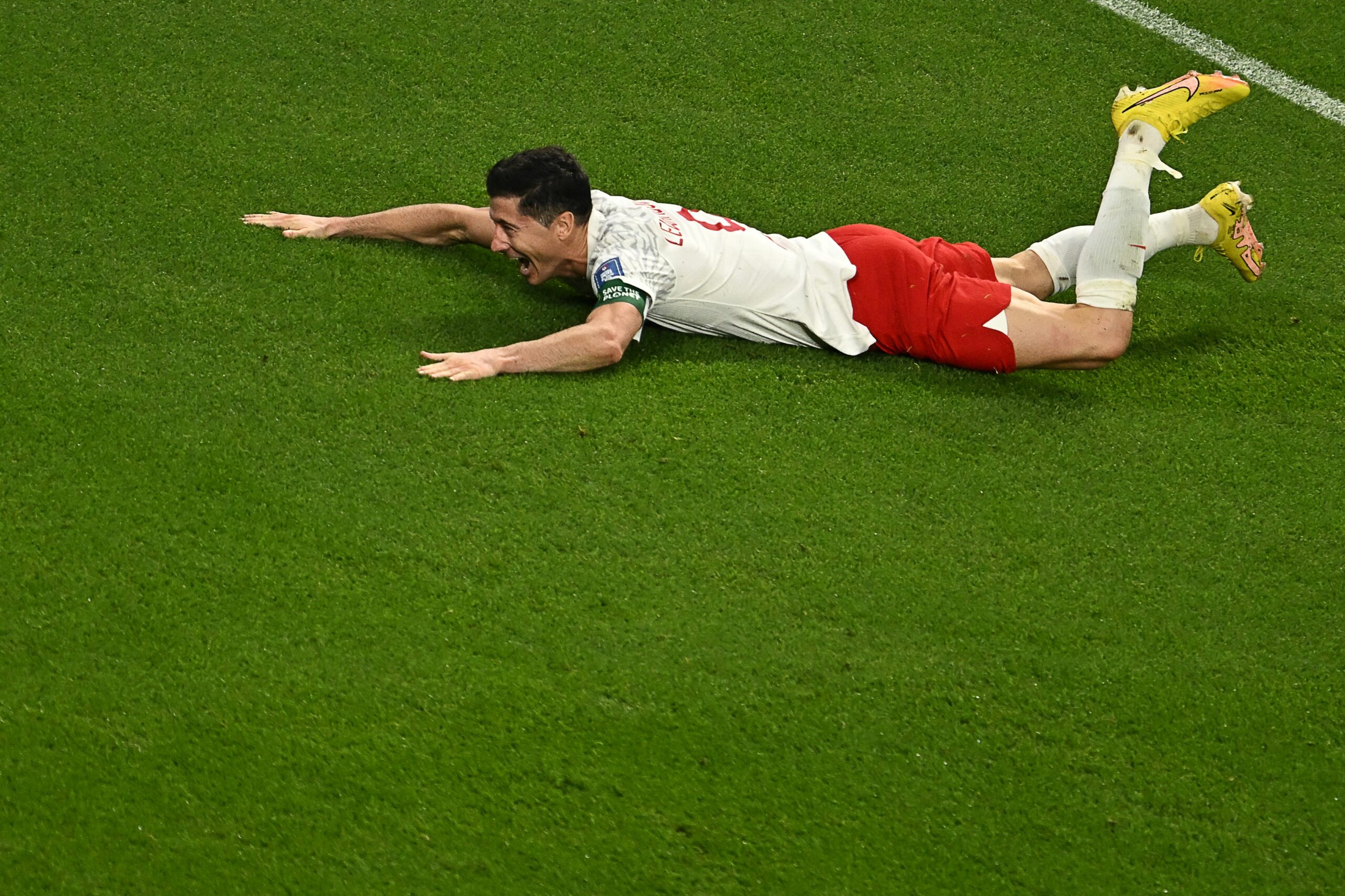 Robert Lewandowski has admitted he was left emotional after scoring his first World Cup goal in Poland’s 2-0 win over Saudi Arabia today.

Before his 82nd-minute strike against the Saudis, a goal he was more or less gifted following a defensive error from Abdulelah Al-Malki, the Barcelona striker had scored 76 times for his country, but none came in the World Cup.

The 34-year-old did not feature in the 2014 edition of the tournament as his nation did not qualify, while he failed to find the net in the 2018 campaign held in Russia.

In Poland’s opening game against Mexico, the Eagles were awarded a penalty in the 55th minute. Lewandowski stepped up, looking to correct his World Cup aberration, but Guillermo Ochoa denied him.

The former Bayern Munich man also had a chance to double his side’s lead against the Arabians, but his effort only found the right post, and it seemed providence was against him.

However, he got another golden opportunity late in the game and can now add a goal in football’s showpiece event to his already jam-packed goalscoring CV.

Trying to put his emotions into words after the game, Lewandowski said (via The Athletic): “It’s difficult to explain why my emotions were so strong today, but I have been dreaming about this since I was a child.

“And then you think about the importance of the goal. It was just a dream come true.

“We actually made several good opportunities, and I could have scored more, but it was a great result. We have another big match to play, of course, and we’ll have to see what the other result is.

“I think the older I get the more emotional I get. I have always wanted to score at a World Cup just to really underline that I played at a World Cup.

“I don’t always focus on personal statistics, the team result is the most important thing, but sometimes the two things merge.”

Poland’s result took them to the top of Group C heading into the final match of the group stage. They will now look to secure a place in the round of 16 as group winners.