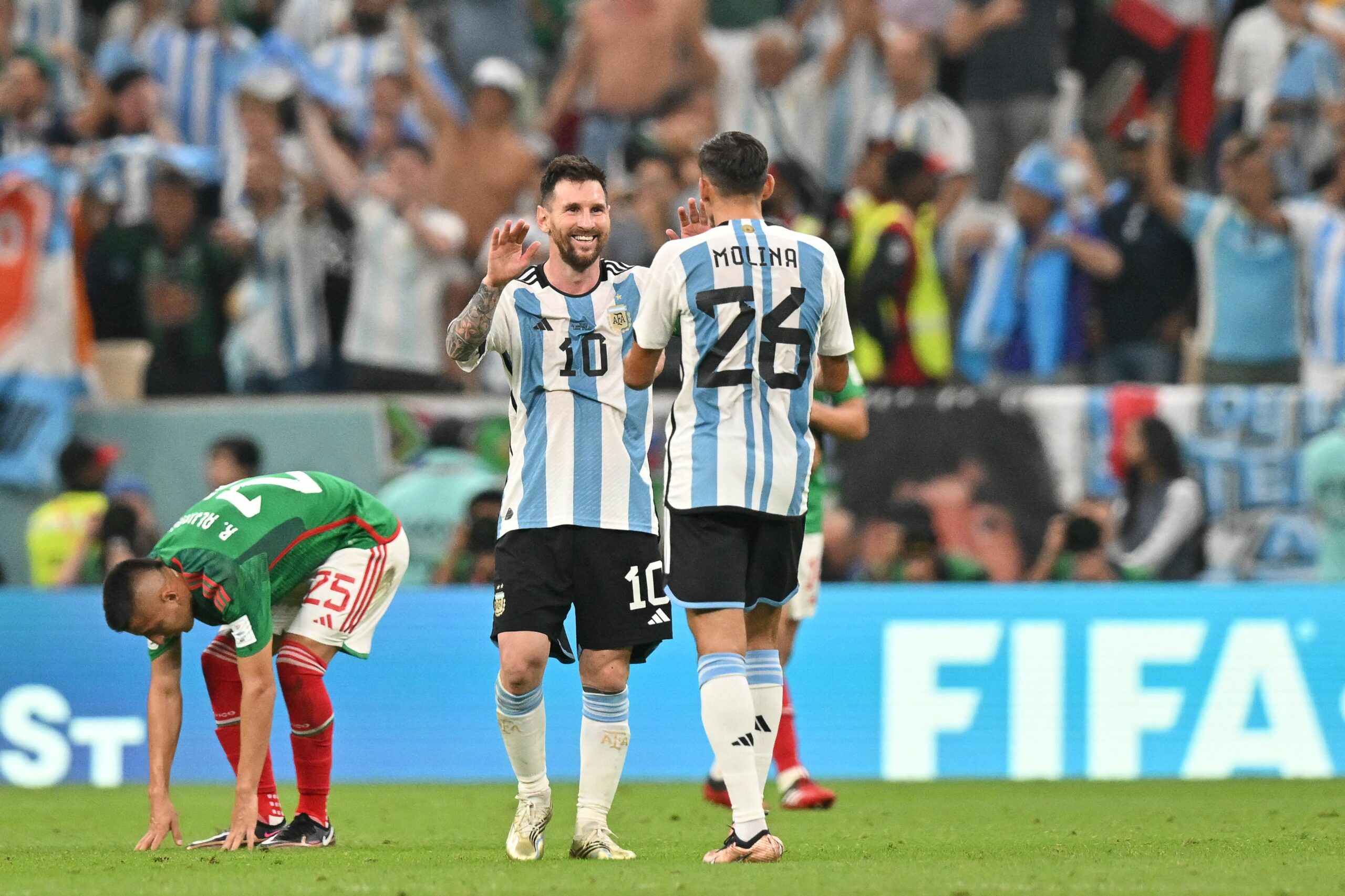 The 2022 FIFA World Cup match between Argentina and Mexico started as expected today, with the former on the front foot.

The South Americans had the lion’s share of the possession, while Mexico were happy to wait and counter-attack.

Lionel Scaloni’s side were nervous and it showed in their passing in the early moments. Alexis Vega was a handful against Poland, and he was at it again against Argentina.

Nestor Araujo received the first yellow card in the 22nd minute for a high challenge on Marcos Acuna. Many people felt the card should have been red.

The game lacked action, with the boisterous fans more entertaining than the game. Lautaro Martinez put a decent chance to score over the bar after 40 minutes after Lionel Messi and Angel Di Maria combined.

The Inter Milan man struggled for most of the first half, completing one out of four passes.

Five minutes later, Vega got a free-kick over the wall, but Emiliano Martinez made a superb stop to deny Mexico.

At half-time, the xG stood at Argentina 0.04-0.24 Mexico from four shots. There were over 15 fouls in the 50 minutes of football played.

The second half didn’t start much better with loose passes and indecisive moments. However, Argentina controlled Mexico’s counter-attacks and pinned them back.

Lionel Messi took matters into his hands in the 64th minute. He received the ball in a central position and had enough space to shoot.

His delightful first touch set it up perfectly, and the Paris Saint-Germain attacker arrowed his effort into Guillermo Ochoa’s bottom corner.

The goal tied Messi and Diego Maradona on eight World Cup goals for Argentina. Only Gabriel Batistuta has more.

The goal gave Argentina more energy, and they piled the pressure. Minutes later, the Albicelestes sealed the victory.

Substitute Enzo Fernandez cut inside from a corner kick, and Mexico’s lax defending allowed him to curl a shot beyond Ochoa.

Emiliano Martinez (7/10) – He didn’t have much to do but for one free-kick. He kept his clean sheet too.

Gonzalo Montiel (5/10) – The Sevilla man struggled against the lively Vega until he came off.

Lisandro Martinez (7/10) – He was solid and uncompromising. His passing was surprisingly not up to its usual high standard.

Nicolas Otamendi (7.5/10) – He rolled back the years and put a monstrous performance in the centre of defence. Colossal.

Marcos Acuna (6.5/10) – It was a solid display from the Sevilla man, and he showed more intent than Nicolas Tagliafico.

Rodrigo De Paul (4/10) – The Atletico Madrid man set the tone for a nervy midfield display from Argentina. He was too loose with his passes.

Guido Rodriguez (4/10) – The Real Betis defensive midfielder is a solid destroyer on his day, but it was not today. He was poor and did nothing to justify his selection.

Alexis Mac Allister (6.5/10) – He stepped up in a game where his midfield partners were poor. The Brighton man kept things ticking nicely and moved the ball forward and with purpose.

Lionel Messi (7.5/10) – He stepped up when his side needed him and produced the moment of the game. It was not a glittering performance, but he was decisive.

Lautaro Martinez (4/10) – A poor performance on all sides. Four passes in the first half sum up a no-show performance.

Angel Di Maria (6/10) – Despite the assist, he was anonymous for much of the game, struggling as a forward.

Guillermo Ochoa (6/10) – There was nothing the superhero goalkeeper could do about any of the goals he conceded today.

Nestor Araujo (5.5/10) – He should have been sent off for a horrid challenge in the first half.

Kevin Alvarez (5.5/10) – The Pachuca right-back was unimpressive despite not having to deal with a proper winger on his flank.

Hector Moreno (6/10) – It was another solid day for the veteran defender. He marshalled his defence well.

Andres Guardado (6.5/10) – He was decent on the day. He marked his fifth World Cup outing with a composed display in the first half.

Luis Chavez (6/10) – His deliveries caused Argentina a lot of trouble, but he didn’t do much else.

Hector Herrera (5.5/10) – Another who could have been sent off today. He ran a lot for his team to no avail.

Alexis Vega (6.5/10) – He was a tricky customer for Montiel in the first half but struggled to make a mark in the second half.

Hirving Lozano (5/10) – Tried to make things happen, but the negative tactics hampered him. It was a poor showing.